Home General Cricket The Top 5 Ashes Performances of All Time 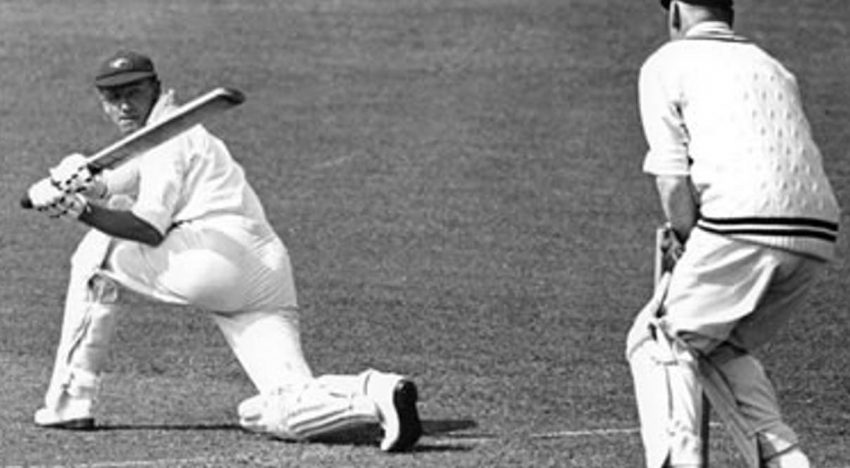 Every two years the cricket world takes notice of one of sport’s greatest rivalries. The rivalry between Australia and England is personified in the Ashes series; pundits relish the opportunity to mention “the old enemy” and “history” in the same sentence. For players from both nations it is an honour and opportunity to prove their worth. While the Ashes has the power to bring out the best in many players, it seemed to allow those below to transcend normal performance expectations.

The 1930 Ashes series was to see the ascension of one of true greats of the game. While only 21, Donald Bradman achieved a feat that will probably never be replicated. In the five match series “The Don” scored a total of 974 runs, at an average of 139.14. Just those numbers alone cause many followers of the game to whistle in disbelief. What makes the achievement even more herculean is that he scored fairly dismally in three innings, producing 1, 8, and 14. Then came some titanic knocks beginning with an innings at Trent Bridge of 131. While 131 seems commonplace and expected from the likes of Bradman, it was only the beginning. Bradman went on to score 254 at Lord’s, a mammoth 334 at Headingley and finally 232 at the Oval; a remarkable series which guaranteed the youngster a place in history. Not content with the achievement of the greatest spell of all time, Bradman would go on to be regarded as the best batsmen to ever play the game.

The Ashes series of 1981 will always be known as Botham’s Ashes. You either have to be spectacularly terrible or absolutely brilliant to have an Ashes named after you. At the start of the Ashes Botham’s performances were leaning towards the realm of terrible. As Captain he had lost all 12 of the matches he’d captained including the first in the current Ashes series. It is so often the case that the relinquishing of the captaincy can do wonders for a player’s performance. Whether it is the new found freedom to enjoy the game once more or a drive to perform better than as the captain is anyone’s guess. The quality of Botham’s performances with both bat and ball sky rocketed instantly. With the ball, he hauled in 10 wickets at the Oval and at Edgbaston he took 5/11. It is with the willow, though, that he truly shone when England were staring defeat in the face. At Headingley, his score of 149 not out saved the test for the English, and is recognised as one of history’s finest knocks. At Old Trafford, a superb 118 helped secure the victory. This is surely one of the game’s greatest back-to-form stories.

The Ashes series of 1956 was to see Jim Laker smash the record books. England’s greatest ever off-break bowler, Laker took 46 scalps that summer and set the record for the most wickets in a single Ashes series.  By the end of the third test he had already taken an impressive 20 wickets. It was at a spin-friendly Old Trafford, though, that the Australians experienced a defeat that would be hard to swallow let alone grasp. Laker took a phenomenal 19 wickets, which included all 10 scalps in Australia’s second innings. Subsequently that feat has only been matched by India’s now-retired spin king Anil Kumble. That this has only been done once after Laker’s extraordinary bowling spell is a testament to the achievement’s inherent rarity. He would end that test with 19/90; just typing that out gives pause for thought.

The Ashes of 1997 was to personify what McGrath brought to the Australian team. Lacking in perhaps the now traditional on field antics of his team mates, McGrath’s reliability and steadfastness served as the bowling attack’s foundation. While most quick bowlers – no matter how fast and imposing – produce one or two deliveries that deserve to be hit to the boundary rope, this was not the case for McGrath. His unerring accuracy at a nagging length always kept the batsmen in two minds. Bad balls were rare and with the amount of pressure he created, it was only a question of when, rather than if, he would take wickets. McGrath’s spells at Lord’s in ’97 are widely regarded as some of the best bowling the famous ground has seen. His 8/38 is a benchmark for performance greatness with leather in hand. McGrath’s contribution with the ball saw England bowled over for 77 and a famous victory for an Australian side in the midst of becoming cricket’s dominating force.

Famed for his captaincy of Australia – an example by which all future captains would be compared – Allan Border came to symbolise Australian grit and a never-say-die attitude that has served the nation so well. In the second test of the 1985 Ashes Border led from the front scoring 196 runs to level the series. England had amassed an excellent 430, with the visitors looking in trouble at 101/4. It was Border and left handed batting partner Greg Ritchie who would save the innings by putting on a fifth wicket stand of 216. The Australians were then left to chase down 127 in the final stanza. Things, again, looked dire with the Australians losing half their side for just 65. It was Border’s superb knock of 41 that guided Australia to victory by four wickets. Allan Border’s contribution with the bat amounted to an amazing 43% of Australia’s runs. Without such a monumental effort the Aussies would been left lamenting a dreadful loss, rather than celebrating a truly memorable win.

While only picking five performances for the purposes of this article, the list of greats who could’ve made it  reads like a world’s greatest XI. Names like Shane Warne, Steve Waugh, Alistair Cook, and Freddy Flintoff also had a massive influence on Ashes past, illustrating further that cricket’s great rivalry has enriched the game for fans and non-partisans alike.