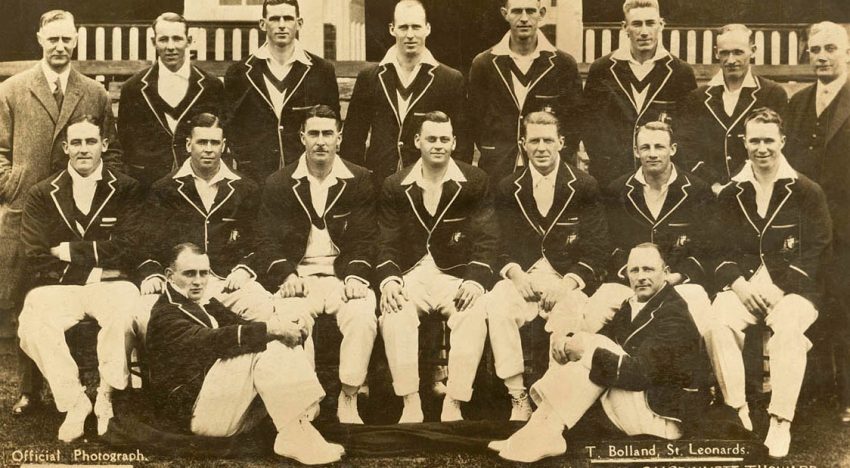 In the history of cricket, one of the fiercest and most closely fought rivalries is the Ashes between Australia and England. With both teams desperate to take the series win and the famous Ashes urn home with them, it has led to some great encounters over the years. Fans of both teams have been spoilt in terms of entertainment and pure cricketing dynamite.

Although it is a team game, some individuals have taken certain Ashes games by the scruff of the neck and imposed their own will upon them. Let’s take a look at the ten best performances by Australian players in the annals of the Ashes:

A right arm medium-pace bowler, Alderman was not the quickest but had great line and length. This accuracy made him a tough bowler to face as England found out in the 1981 Ashes series. Although Australia eventually lost the series – this was the year of ‘Botham’s Ashes’ remember – Alderman did himself proud.

His performance in the First Test and his debut at Trent Bridge was really special. Using his unerring ability to put the ball just where the batsman didn’t want it, he snagged a superb 9 wicket haul in that match. This set him up to have a brilliant overall series where he took 42 wickets in all! In fact over his career, 100 of Alderman’s 170 Test wickets came in England. Seems he liked playing the Poms!

Mark Taylor was a fine opening batsman for his country and a vital member of an Australian team that would continue to dominate under his captaincy after he took over from Allan Border in 1994. His powerful, free-scoring style saw him rack up lots of runs in the baggy green cap and this was the case on his Ashes debut in 1989.

Although he had a brilliant series overall, this first knock gets the mention as it was quite a feat on his first Ashes match. Batting at Headingley, he made a superb 136 to dismiss any notion of him being a weak link for the English bowlers to prey on. Winning the match and the series 4-0 overall, it was in no small part down to his dynamic skill with bat in hand as the 839 runs he made in the whole series shows.

The colourful Merv Hughes was a very effective right-arm fast bowler and one of the best loved people to have pulled on the whites for his country. His ‘inventive’ ways of sledging the opposition made him a really tough opponent to face. When you add on the depth of his bowling talent, you can see why he was so good.

In the Third Test at Trent Bridge, Hughes was simply unstoppable! His 5 for 92 in the first innings was a great individual display as he ripped through the English side. Although the match was eventually a draw, it showed Hughes at his exuberant best.

Another fine player and the star of the Australian whitewash in 1989. All Australian fans love Allan Border, not only for his grit and graft but for the formidable team he built up as captain. Under his leadership, the will to win and aggressive spirt that made Australia such a good team was born. A great batsman also, his runs did lots to help that Australian team achieve the success they did.

At the First Test in Headingley, Border chalked up 60 and 66 across both innings to propel his team to victory. Although not massive scores, they set the tone for the rest of the series and paved the way for the 4-0 series result under his captaincy.

Steve Waugh is one of the best cricketers Australia has ever produced and a superb, gritty batsman. One of the few Aussies to have scored over 10,000 Test runs, he was also a brilliant leader of the team when he became captain. In the list of fantastic players Australia has produced, he is surely towards the top of it.

The match we have included him for here is the Third Test of the series in 1997 at Old Trafford. England won the toss and put Australia into bat as the green, moist pitch looked like it favoured the bowlers. To start with this was true as a few early wickets fell, but then Waugh came to the crease. His battling 108 helped drag his team to a respectable total that at one point looked unlikely. Not content with this he notched up a fine 116 in the second innings to help his team win the match and level the series.

Considered one of the leading contributors to his country’s dominance when he played, McGrath is remembered in cricket history as one of the greatest bowlers ever. Explosive with the new ball, he was not express train quick but had such great control and length that it didn’t matter. This economy of bowling paid off handsomely in the Ashes series in 1997.

In the Lords Test of that series, England had been put into bat and were taken apart by a rampant McGrath. Lords seemed to be a ground he enjoyed playing at right through his career and it was certainly the case that day. His accuracy and bounce troubled the English batsman no end and he took 8 for 38 in that first innings. Although the game ended in a draw due to bad weather, it didn’t take away how fantastic McGrath’s spell was.

A big presence on the field for his country, this opening batsman was burly and powerful – which is just how he played! Particularly good for his country in the early 2000s, Hayden was a big hitter and a beast of a player. The First Test in Brisbane of the 2002 Ashes series saw him demonstrate just how aggressive and destructive he was.

Incredibly, Hayden scored a century in both innings of the game to help Australia to an easy win. He ended up with 197 in the first innings and then 103 in the second – across both knocks he snatched 38 fours and three sixes. The raw beauty of these scores was a joy to behold as anyone who saw him that day can confirm.

Although not as well-known as some names on this list, Bob Massie deserves his place. Although he only had a short Test career, his debut Test performance in the 1972 Ashes series at Lords still ranks high on Australia’s list of sporting achievements. A superb swing bowler, Massie troubled batsman with his line and movement especially when the pitch conditions suited his style.

Having been injured for the First Test of the series, he was back to full fitness for the next match at Lords. The rest had obviously done him good as he took eight wickets in each innings, finishing with 16 for 137 overall. This stood as a record for a Test debutant until India’s Niranda Hirwani overtook him years later. Lords as a ground suited Massie perfectly and the English batsmen in that match had no answer to his ability swing the ball both ways.

I could probably just write ‘Ball of the Century’ here and everyone would know exactly which match I was referring to. The look on Mike Getting’s face after his leg stump was ripped out was priceless! Shane Warne is almost as legendary a figure as Sir Donald Bradman in Australian cricket. His talent with the ball in hand and will to win was unbelievable and made him a key player for his country for years. I just used to love the names he came up with for all his different deliveries – no-one comes up with stuff like ‘the zooter’ anymore!

When you consider that the performance we are looking at – the First Test at Old Trafford – was Warne’s debut Ashes appearance, the 4 for 86 he finished with is amazing. When you then think that the ball he got Gatting out with was his very first delivery, it’s quite a story. Warne helped his country to victory not only in that match but in the series overall to beat a sorry English team. But the match will always be remembered for that first ball that pitched, turned like a corkscrew and smashed home!

Whenever you talk about Australian cricket, ‘The Don’ is never far away! This is certainly the case here as his performance in the 1930 Ashes series highlights. Bradman was a brilliant batsman and one of the greatest players Australia has ever produced. His grace and elegance at the crease was legendary as was the amount of runs he scored in his international career.

Such was his success in this Ashes series that he made a staggering 974 runs in just five matches at a 139.14 average. The match that stands out especially though is the Headingley Third Test when Bradman plundered a magnificent 334! Racing to 100 before lunch, he went on to become the only player to score over 300 runs in one day’s play. Although the match was rained out, this huge score really did stand out as an innings of distinction. In the end, the Australians won the series and took the Ashes home to wild celebrations.

As you can see there have been some absolutely brilliant performances by players in the baggy green cap throughout the Ashes. Some have been a display of dynamite with the bat, while others have terrorised the English with the ball. With more Australian cricketing talent coming through each year, there’s sure to be many more!