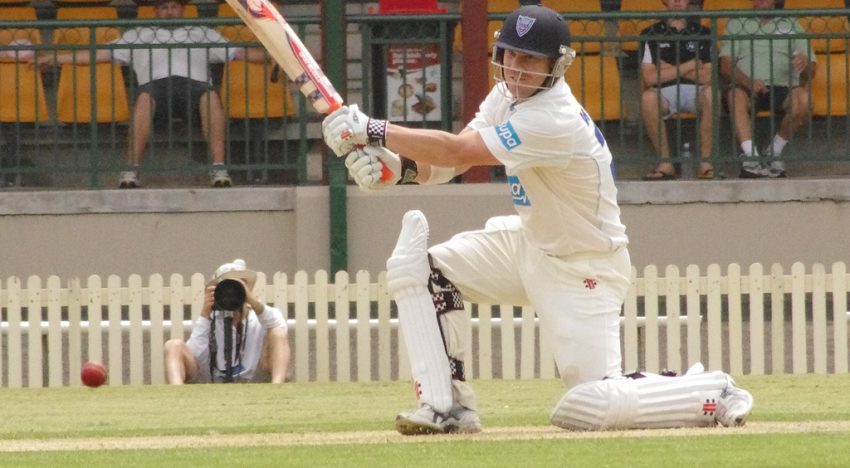 The end of the fourth Test Match between Australia and England marked the close of the 2017 calendar in Test Cricket. What an exciting year it was, filled with thrilling encounters and many new records. India topped the charts with seven wins in 11 Test Matches and just one loss during their dream home season. Zimbabwe, on the other hand, lost three of their four games and were able to manage a solitary draw. The year saw magical willow work by some of the leading names in the game and here we rewind to take a look at the top 10 run scorers in Test cricket in 2017.

At No. 10 we have a man who was supposedly going through a ‘poor patch’ in his career. It wasn’t long ago that many pundits (who obviously didn’t care to look at stats) were writing off the former English captain and calling for his retirement from international cricket. However, Cook silenced them with a superb unbeaten 244 against the Aussies putting his side in a commanding position in the Test at MCG before bad weather ultimately helped the Australians to a draw. In the end, 2017 certainly wasn’t a bad year for Cook who made 899 runs in 11 Test matches at an average of 47.31 with two hundreds and two fifties to his name.

If there is one player who personifies ‘textbook batting’ in modern day cricket it has to be Hashim Amla. The South African opener continues to impress everyone with his performances each year and in 2017 he earned his spot among the top ten batsmen in Test cricket. It has been a very impressive 12 months for Amla in the 5 day format of the game where he scored 947 runs in 21 innings. During the season he hit three hundreds and four fifties, scoring his runs at a healthy average of 47.35.

Captaincy brings the best out of some players and the English skipper Joe Root is showing sparks of a great future ahead. His team had a great year prior to the Ashes and Root was always among the runs. Batting in 19 innings in the 11 Test Matches, Root made 966 runs at an impressive average of 50.84 which included two hundreds and eight fifties. His match-winning knock of 190 against the South Africans at Lords, coming in after the fall of early wickets, was one of the best innings by a batsman in 2017.

David Warner is one of cricket’s most exciting players and when he is on song the opposition spends most of the day hunting leather in the outfield. Mocked for his batting in the sub-continent at the start of the year, he silenced his critics by bringing up back-to-back hundreds in Bangladesh. It was a great 12 months for Warner, scoring 997 runs in 11 Test Matches at an average of 49.85, with four hundreds and four fifties, which any opening batsmen would wear as a badge of honour. His fighting 112 against Bangladesh in Dhaka in the fourth innings on a turning track where he took his team to the verge of winning was great display of Test batting.

Sri Lankan skipper Dinesh Chandimal was one of the rare shining lights for his country in a year that the players and fans would prefer to forget. While most batsmen in the team struggled to find their form, Chandimal has been consistently among the runs in 2017. In 12 Test Matches, he made 1003 runs at an average of 45.59 which included three hundreds and five fifties. Not bad for a man who on most occasions had to bat with the tail with the cause already being lost. His 164 run knock in the Delhi Test against the Indians helped the team earn a draw from a situation of hopelessness.

The Sri Lankan team hasn’t had the best of its years in international cricket. Apart from two wins against the Pakistanis at Dubai and Abu Dhabi and one win against the Zimbabweans at home (which they nearly lost), they have simply looked like a team fighting to stay afloat. But Dimuth Karunaratne has had a solid year. In 13 matches played, he scored 1031 runs at an average of 39.65 which included three hundreds and four fifties giving fans in Sri Lanka something to cheer about. His most impressive performance was a 196 run knock against Pakistan in Dubai which helped his side win the test match.

The Indian captain is arguably the most complete batsmen on the International stage at the moment – a player who can score at will by sticking to the basics. With a vast range of shots all around the ground, he doesn’t let many opportunities slip by. In 10 Test Matches this season, Virat scored 1059 runs at a phenomenal average of 75.64 which included five hundreds and a fifty. What was special was that Kohli scored 3 double hundreds adding to the three he had scored in 2016. His 243 run knock at his home ground in Delhi against the Sri Lankans was one of the best innings played during the year.

If there is one cricketer who came of age in 2017 and established his as one of the most prized wickets in the team it has to be the South African opener. The first two years of International cricket didn’t see Elgar do anything extraordinary but in 2017 he did run the tables and became the leading scorer for his country in Test cricket. In 12 Tests he scored 1128 runs at an average of 53.71, notching 5 hundreds and 4 fifties. He was unlucky to miss out on a double hundred against the Bangladeshis at Potchefstroom where he was dismissed on 199.

Filling the shoes of the legendary Rahul Dravid at No. 3 surely isn’t the easiest of tasks, but over the last five years Cheteshwar Pujara has shown why he may go down as one of the best batsmen to play for India. 2017 was his year of reckoning, making runs against all opponents he played against. In 11 Test Matches Pujara amassed 1140 runs at an average of 67.05 which included four hundreds and five fifties. His 202 run knock against the visiting Australians at Ranchi was a great display of calm and composed run accumulation.

There is just one man for the numero uno crown in 2017 and any fan would have guessed it is Steven Smith. What a great year the Australian captain has had, compiling a ton of runs in all conditions and against some of the best bowling attacks in the world. In 11 Test Matches and 20 innings, Smith plundered 1305 runs at a phenomenal average of 76.76 which puts him miles ahead of others in five-day cricket. He also made 6 hundreds and 3 fifties during this period including the 239 run knock against the Englishmen at Perth. This isn’t bad for a man who was once dubbed as a T20 player due to his unorthodox batting technique!