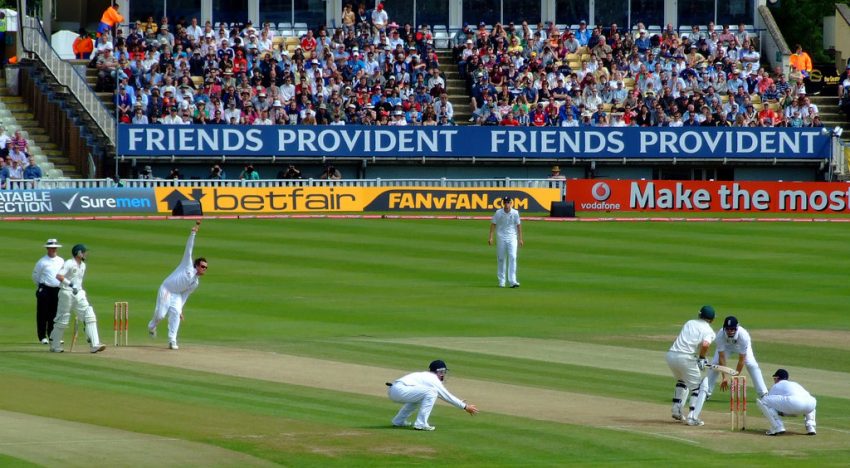 England may not have produced many great leg-spinners, but when you look at off-spinners and left-arm spinners, it’s a different story. From those spinning a web on uncovered pitches to modern players able to keep runs tight in limited overs cricket and take wickets in Tests, here’s the rundown.

In the early days of Test cricket – he made his debut in 1899 – Wilfred Rhodes was renowned as one of the world’s best slow bowlers, combining accuracy, flight and turn to devastating effect. He was difficult to play on rain-affected pitches and took 31 wickets in the 1903-04 Ashes series in Australia. Not many could keep Victor Trumper quiet, but Rhodes did. Following the tour, however, he was never quite as effective again and his batting became his stronger suit. He would have been higher up this list had he maintained that early form.

A brilliant captain – if not a selector in later years – Illingworth was a pillar of Yorkshire’s success in the 1960s and, as an accurate off-spinner, he also proved invaluable to England, and later Leicestershire. Conceding just 1.91 runs per over in Tests puts him behind only Maurice Tate, Fred Titmus and Hedley Verity. He had an effective arm ball and took 20 wickets against India in 1967 and 13 against Australia in 1968. He lost only five of the 31 Tests he captained.

‘Tuffers’ never quite fulfilled his potential at international level but on his day he was unplayable. Just ask the Australians, against whom he took 11 wickets at The Oval to bowl England to victory in 1997. Or the New Zealanders, who lost five wickets to him after tea on the final day in Christchurch in 1992 to lose the match. At that point, he had taken three consecutive five-wicket hauls in Tests but couldn’t sustain that level of consistency. 1,057 wickets at 29.35 for Middlesex (and 103 in one-day cricket) proved his was a case of what might have been. How well would he have performed in a better England team – or under more sympathetic management?

Left-armer Ashley Giles took plenty of stick during his early England career, once being referred to as a ‘wheelie bin’, and came close to packing it in. Rarely a huge turner of the ball, but naggingly accurate, economical, and reliable, he gave Michael Vaughan’s team control at one end and occasionally he would play the role of match-winner. A fine series against the West Indies, including multiple dismissals of Brian Lara in 2004, and the ball to remove Damien Martyn in the 2005 Ashes series, were particular highlights. Plus, he was the only man to ever have Sachin Tendulkar stumped in a Test match.

Fred Titmus was a truly remarkable all-rounder. Good enough to open for England on occasion, he played county cricket across five decades (1949-1982) and forged a successful Test career at a time when England were not short of high-class slow bowlers. He debuted for Middlesex aged 16, but it was not until the 1960s that he broke through for England, taking five-wicket hauls in two Ashes Tests at Sydney in the 1962-3 series. Despite losing four toes in a boating accident in 1968, he continued to play for many years, and made his last England appearance in 1976.

Often bowling in tandem with Jim Laker for Surrey and England, Lock is usually overshadowed due to the higher peaks and greater fame that Laker achieved. Yet the classy left-armer Lock took almost as many Test wickets as his more renowned colleague, although questions over his action dogged him throughout his early career. Lock was the youngest player to appear for Surrey when making his debut in 1946, earning an England place in 1952. He took an incredible 34 wickets at an average of 7.47 against New Zealand in 1958.

Derek Underwood earned his nickname of ‘Deadly’ due to the threat he posed when the ball seamed around following rain. The youngest man since George Lohmann and Wilfred Rhodes to take 1,000 first-class wickets, and the youngest to take 100 in a season (he did so aged 17, in 1963), he was renowned for his accuracy and bowled quite quickly for a spinner. Perceived as less of a threat in unhelpful conditions, however, he was occasionally dropped for players who turned the ball more. Perhaps his most notable feat was taking four wickets in 27 balls against Australia to win the fifth Ashes Test in 1968. The left-armer retired having taken 2,465 first-class wickets in 1987.

The other players on this list either finished playing of their own accord or their careers were ended through injury. Hedley Verity’s career was cut short by the outbreak of World War 2 and, tragically, he would not survive it, dying in Italy in 1943. A brilliantly accurate left-arm spinner, in the days of uncovered pitches, Verity didn’t need to turn the ball excessively to guarantee success, which came both for Yorkshire and England. He took all 10 wickets for Yorkshire against Warwickshire in 1931, made his England debut later that year and took 15 in a match against Australia at Lord’s in 1934. He was one of the few players in the world that had a decent record against Sir Donald Bradman.

Swann missed his first international chance in 2000 but given a second opportunity in 2008, he grasped it with both hands, immediately taking two wickets in his first over on Test debut against India. Adept at quickly working out what pace to bowl to maximise spin, and able to still turn the ball when bowling quickly, he was used as an attacking bowler during England’s ascent to number one in the Test rankings in 2011. A three-time Ashes winner, in a Test career that lasted a little over five years, he took 255 wickets before injury robbed him of a fitting farewell and many more wickets. He also claimed 104 ODI wickets, was ranked as the world’s best ODI bowler for a short time, and was a key part of England’s ICC World T20 success in 2010.

Until Anil Kumble managed it for India, Laker was the only player to ever take all 10 wickets in a Test innings. Achieving the feat against Australia in 1956, as if that wasn’t enough, he followed it up with nine in the second innings to set a match record of 19 for 90, which may never be broken. He had already taken all 10 against them playing for Surrey that season. Like Swann, Laker made an early impact in his Test career with seven wickets on debut against the West Indies in 1948, although he was then in and out of the side, despite match-winning performances against South Africa in 1951, where he took nine wickets. Following his 19-wicket haul, however, he cemented his place in the English team and enjoyed considerable success before retiring in 1964 with 1,944 first-class wickets to his name. He was the first cricketer to earn the BBC Sports Personality of the Year award.