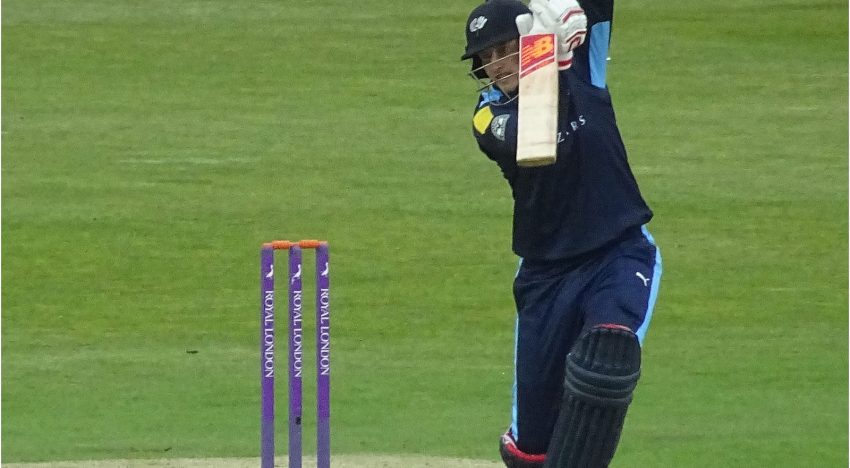 The 2017 ODI calendar recently wrapped up with New Zealand’s defeat of the West Indies in a 3 match series. It was an incredibly exciting year of ODI cricket with close to 60,000 runs being scored, as fans witnessed great willow work by some of the game’s most entertaining players across 129 matches.

England topped the tables with 15 wins out of 20 encounters, while at the other end of the spectrum we had the West Indies who won only 3 out of their 22 games. The year was also filled with great stories, such as Pakistan’s surprising win over India in the final of the Champions Trophy.

Let us now rewind the year and take a look at the top ten batsmen in One Day Internationals.

South Africa didn’t play too many ODIs in 2017 but it was still enough for the classiest batsman in modern day cricket to make his mark as an opener. Initially dubbed as a Test batsman, Amla continues to impress us with his ability to score runs in the fast paced game sticking to textbook shots. In the 18 ODIs that he played in 2017, Alma scored 862 runs at an average of 50.7 making him one of the most consistent performers in the ODI circuit. He added 3 hundreds to his already impressive record and also made 4 fifties in the year.

Babar Azam has been a real find for the Pakistanis in the recent times. In a team that has been producing on-and-off performances in the last few years, Azam has been a consistent top order batsman. It is no surprise that when he is among the runs the team usually emerges as victorious. Azam is carrying forward the rich legacy of Pakistani batting. In 2017 Azam scored 872 run in 17 innings at an impressive average of 67.07 which included 4 hundreds and 2 fifties making him the most successful Pakistani batsmen in the calendar year.

At No. 8 we have the South African skipper Faf du Plessis who made every opportunity that came his way in 2017 count. For a man who has to bat in the same team as run machines such as Amla, de Kock and de Villiers it is no mean achievement that he made 905 runs in 18 innings at an average of 60.33 which included 2 hundreds and 6 scores above 50. Faf du Plessis’ crowning jewel was the innings of 185 runs at Cape Town where he sent the Sri Lankan fielders to all parts of the ground on a leather hunt.

It’s never easy to earn recognition playing for a team which has the likes of Kohli and Rohit Sharma. But Shikhar Dhawan makes the opposition bowlers run for cover when he is on song. Though he wasn’t the best performer for India in 2017 he surely earns his place in the list of top 10 batsmen in ODIs. In 22 games Dhawan scored 960 runs at an average of 48 which is outstanding for any opening batsmen. This included 3 hundreds and 6 fifties. It is quite incredible given the fact that Dhawan didn’t have the best of starts to the year and there were questions raised about his inclusion in the side for the Champions Trophy.

A decade since his debut Ross Taylor hasn’t lost his hunger for runs. When it comes to the batting in the middle order he is surely at the top of the list in modern day cricket. For a man who doesn’t play too many matches in batting-friendly conditions, Taylor had an outstanding year. Appearing for his side in only 20 ODIs he has scored 968 runs which have come at an impressive average of 60.5. These included 2 hundreds and 7 fifties with his innings of unbeaten 102 against the South Africans which helped his team win the ODI at Christchurch standing out.

The South African opener continues to impress us with his form and performances. Every year he seems like an improved cricketer and he made 2017 his own by becoming the leading run getter for his country which is quite impressive for a man who has ABD and Amla in his team! In 19 innings that he played, de Kock made 956 runs at an average of 53.11 which would make any opener proud. He crossed the 100 run mark twice in the year and scored more than 50 on seven occasions which nearly makes it a 50 plus score every second innings in the year.

The Sri Lankans had a disastrous 2017, perhaps their worst year since they announced themselves on the big stage winning the 1996 World Cup. The team won only 5 games out of the 29 they contested but amidst all the distress was one shining light. Upul Tharanga is one of the three batsmen to have scored more than 1000 runs in the calendar year. The opener made 1011 runs at an average of 48.14 and made 2 hundreds and 6 fifty plus scores in the year. Tharanga was the only player who showed his character while batting in a year most Sri Lankan fans would like to forget.

English side had quite an impressive year in the ODIs topping the list with highest win percentage in 2017 something we aren’t used to seeing regularly. Joe Root certainly played his hand in this feat. In the 18 innings that he played in 2017 the England No. 3 made 983 runs which came at a highly impressive average of 70.21. During the process he also made 2 hundreds and 7 fifties to help his side register impressive wins against varied opposition. In a short career of five years the 26 year old cricketer has already shown huge promise and this year’s performance is just a glimpse of what to expect in the future.

They call him the hitman and Indian opener Rohit Sharma just showed the world why he is considered one of the best ODI players in the world. His unbeaten 208 versus his favourite opponents Sri Lanka summed up the great year he had with the willow. This was his third double ton in ODIs (only seven have been scored so far) puts him into a league of his own. Going out to bat on 21 occasions in 2017 Rohit amassed 1293 runs at an average of 71.83 which included 6 hundreds and 5 scores above 50.

There are no prizes for guessing who leads the charts among batsmen in 2017 in the 50 over format. Arguably the best batsmen of his generation in all three forms of the game, ‘King Kohli’ as his fans lovingly call him has had a sensational 12 months in the ODIs. With 1460 runs in 26 ODIs he has been part of many sensational wins for India. These runs have come at an outstanding average of 76.84 and included 6 hundreds and 7 fifties. A master of chases, his 122 run knock pursuing England’s 350 in Pune with team struggling at 64 for 3 would surely rank among the best ODI innings played in 2017.