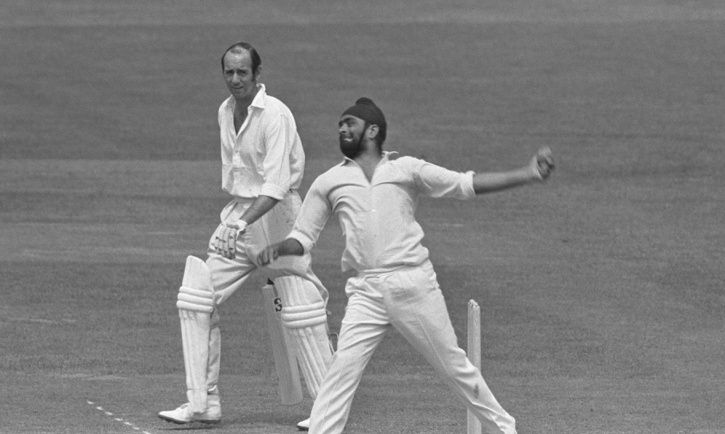 Cricket is rightly termed as the ‘Gentlemen’s Game’. Unlike most other forms of competitive sports, where success can be heavily dependent on brute power or stamina, it is played with the mind as much as it is with the body. Nothing exemplifies this more than the art of spin bowing. Unlike their fast bowling mates, spinners don’t ‘out-bowl’ a batsmen, they rather outthink them. There are few things on the cricket field as romantic as it is to watch a spinner play mind games with the batsmen.

Turning back the pages of cricket’s glorious history, India has routinely produced the greatest of spinners. While legends have represented other teams – the likes of Jim Laker, Shane Warne, Muttiah Muralitharan, Sydney Barnes and Lance Gibbs immediately come to our mind – India was perhaps the first team to use spinners as the lead weapon of their arsenal. The birth of Indian Spin Quartet brought about a paradigm shift in world cricket. Never before in the history of the game did spinners have the lead role in a bowling attack. The notion that spinners were expected to play the side show changed once and for all.

India, in its early days in world cricket, was a team dominated by batting talent. While the Indians always had the batsmen who could stand up to fiery pace on uncovered pitches, they never had bowlers to take 20 wickets or defend low totals. The birth of the Spin Quartet (B.S. Bedi, E.A.S. Prasanna, B.S. Chandrasekhar and S. Venkataraghavan) changed Indian cricket forever. It is no surprise that some of India’s early and most famous wins abroad coincided with the playing careers of these legends. Under Mansoor Ali Khan Pataudi’s leadership the quartet took shape, then later reached the pinnacle of excellence under Ajit Wadekar and Sunil Gavaskar.

The reason for their success and domination over the batsmen is often attributed to their different styles of bowling. While Bedi bowled orthodox left arm-spin, Chandrasekhar was a leg-break bowler with lethal googlies. Venkataraghavan and Prasanna were both off-spinners, which is perhaps the reason they rarely featured together in the playing XI. Opposition batsmen had to constantly adjust their guard and stride while facing these magicians in full rhythm. Between them they played 231 Tests Matches combined between 1962 and 1983 and picked up 853 wickets which included 43 five-wicket hauls and 6 ten-wicket match hauls.

During England’s 1972-73 tour of India under Tony Lewis, Indian Skipper Ajit Wadekar tossed the ball to Prasanna and asked him to ‘bowl tight’. Wadekar’s approach wasn’t surprising given that Indian team won few Test Matches in that era and the captain would happily have settled for a draw rather than risk losing the match. Prasanna, of course, had other plans and attacked the Englishmen with flight, inviting them to play strokes. He quickly snared four key wickets and set up a historic win to seal the series, taking Indian cricket to its highest ever point. This anecdote perhaps best describes this right arm off-break bowler from India’s golden generation of spinners.

An alumni of the National Institute of Engineering, one could always trust the Civil Engineer to get his angles, loops and velocity right. After making his debut in 1962 and playing two test matches he came back in 1967 and became skipper Patauddi’s main weapon. Prasanna was often said to be a chess player in the body of a spinner; a man who outthought his victims well before reaching his delivery stride. What separates him from others in the quartet was the fact that he always had complete control over the flight, which made him a very difficult person to pick even on even the most placid pitches.

If Prassanna hadn’t taken five years of leave to complete his Engineering studies, he would have broken many records and surely been the most successful bowler in the quartet. But that was an era when Indian players would have to think about a career outside the game before putting their minds and body into cricket!

Which Test match legend has more wickets than runs in his career? This is one of the most popular cricket trivia questions of all time. Indeed, Chandra would have never made it to a List-A squad on his batting merits, as his 23 ducks can attest. But when it came to his unorthodox style of spin bowling, there is one term that perhaps best describes him – ‘match-winner’. There have been few spinners in history as threatening as Chandra and he is generally considered the best among the quartet.

Few kids would ever dream to become a test match bowler after having suffered a polio attack in childhood, but Chandra not only defied the odds but also used his withered arm to his advantage. It was perhaps cricket’s own version of ‘Hand of God’ where a physical disability turned out to be this bowler’s greatest asset. With an unorthodox medium-pacer-like approach to the bowling crease and a high arm action, Chandrasekhar could make the best batsmen in the world hop, skip and jump around the pitch. Some players who couldn’t deal with his variation alleged that even Chandra wasn’t aware of which direction the ball would turn!

Chandra was flamboyant and would bowl teasing leg-breaks, piercing googlies and top spinners. His whipping action meant that batsmen always found it difficult to pick the ball from his hand and were done by his mastery. Of all the four bowlers, he was the one who could bowl the most threatening spells – he would often run through the opposition line-up and picked up the most five-wicket hauls among these legends. His 6 for 38 against England at The Oval in 1971, which helped the team earn its first Test victory on English soil, has been rated as the best bowling performance in a Test match in Indian cricket’s history.

Bedi was the most unique character among the quarter; not only was he the only left arm spinner, but he was surely the most cocksure. Whether one blames it on the part of the country he came from or the fact that he had been impressing everyone since the age of 15, he certainly wasn’t the average polite gentleman that most of his teammates were.

During a tour to Pakistan, Bedi carried a case of rum with him in a country where alcohol is a taboo. When asked by one of his teammates if he feared the custom authorities at the airport, he replied no one would check his baggage because he was ‘Bishan Singh Bedi’. True to his words, the custom officials only saluted him upon arrival. This was the mark of a confident man; a rare trait in that era of Indian cricket.

Bedi may not have Chandra’s flamboyancy or Prasanna’s tenacity, but he was stealthy and to good effect. He played the most Test Matches in the group and claimed the highest number of wickets at the best average. Bedi was also the most economical bowler of the four, never yielding an inch to the batsmen. He would tire them mentally, bowling long spells and inducing them to make mistakes.

The fiery Bedi, unlike many of his predecessors and contemporaries, wouldn’t surrender to his opposition’s antics. He would always look into the eyes of the batsmen and courted many controversies. But with a ball in his hand, he was a magician who would fox the best batsmen with his flight and loop. His ability to generate variations at will without any perceptible change in his bowling action made him a very tricky customer.

Be it on the field or off it, Bedi wasn’t someone who walked away from a confrontation and this make him legendary in his own right.

Venkataraghavan’s stats may not excite modern fans and he surely wasn’t on the same level as the other three legends. He burst onto the scene, picking 21 wickets against New Zealand in his debut test series, but this was arguably the most dominant performance of his (still-illustrious) career. Venkataraghavan may not have been blessed with as many variations as Chandra or the gift of flight like his off-spin partner (and often rival) Prasanna, but what made him great was he understood these limitations and played to his strengths. He didn’t run through opposition line-ups like the others, but set up wickets for his teammates by giving absolutely nothing away.

Venkataraghavan’s bowling machine like accuracy made him immensely difficult to score against. He would constantly tease the batsmen around the same line, varying his pace, flight and loop, and he could build pressure like few before or since. He had to constantly earn his spot in the team, competing against Prasanna and making the choice difficult for his captain.

What perhaps epitomises Venkataraghavan’s career best is his work ethic. He constantly kept improving as a bowler and was one of the rare tail-end batsmen of that era who put a price on his wicket. He represented the country for an incredible 19 years and hung up his boots 5 years after his spin-mates ended their careers.

He later became a celebrated umpire, unsurprisingly earning his place as one of the best adjudicators in the world.

Trivia – In How Many Test Matches Did the Quartet Appear Together?
Answer – One. It was during India’s 1967 tour of England where the four featured in the 3rd Test at Birmingham and between them picked up 19 wickets!