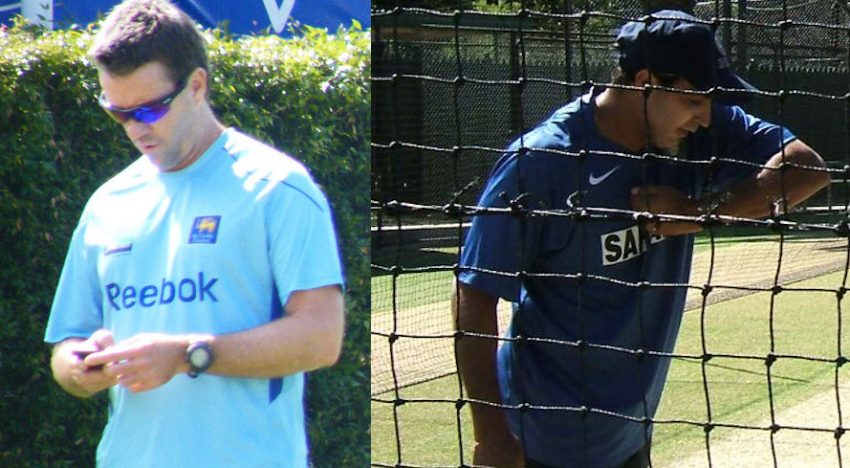 Cricket, more than any other sport, can be a nightmare for statisticians. There are dozens of things to document in every Test Match and hundreds of records which the next generation are inspired to chase. But there have been some cricketers who would be able to recall their entire test career moment by moment. As it stands, 2,947 players have represented their country in a Test Match – and the vast majority of them never represented their country again. Unceremoniously dubbed as ‘One Test Wonders’, many of these players deserved to play more Test Matches, but for a variety of reasons, the chance never came. Here in this feature, we take a look at some of these greats who never got a second chance.

During India’s tour of Zimbabwe in 1998/99, the visitors had comfortably won the ODI Series and were to play a solitary Test Match at Bulawayo. Seeing no merit in flying a Test specialist, Robin Singh Sr, who had an impressive record in ODIs as an all-rounder, was offered his Test cap. He didn’t impress with the bat, scoring 27 runs in two innings, and went wicket-less. A shock defeat to a lower ranked side meant that Singh never played a second Test for India, although he represented the team in 136 ODIs in his career. In fact, the next test cap for India was Robin Singh Jr, whose career also ended after a solitary test match against New Zealand!

The name may remind you of World War II Air Marshal, Sir Arthur Coningham, but here we are talking about his father. Coningham, who played for New South Wales and Queensland, made his only appearance against the visiting English side during their tour Down Under in the 2nd Test Match at Melbourne. Regarded as an excellent all-rounder, Coningham didn’t do justice to his reputation and scored only 13 runs and took two wickets, which didn’t help his side as they lost the match by 94 runs. His later life was controversial, as he was charged and imprisoned for fraud once in Australia and then again in New Zealand, which ultimately led to his divorce and death in an asylum.

You probably won’t get a second chance to represent Australia if you leave Don Bradman stranded on 299 at the other end and get run out! Hugh Motley Thurlow, better known as ‘Pud’, was a right-arm medium fast bowler who played against the South Africans at Adelaide Oval during their tour to Australia in 1931-32. It wasn’t a memorable outing, as he bowled 39 overs without any success in the match. Sadly, he is remembered for the aforementioned incident, denying The Don of what would have been his second triple-ton (though he eventually scored another one two years later).

The last thing any batsmen in the ’80s desired for was a debut against the West Indies on a green top. Andy Lloyd, who had a decent reputation appearing for Orange Free State and Warwickshire, debuted against the hostile West Indies in the 1st Test Match at Birmingham in 1984. Opening the batting against Malcolm Marshall and Joel Garner, he put up a spirited show for 17 balls scoring 10 runs before he was hit on his head by Marshall and shipped off to the hospital, never to play a Test Match again. He scored over 17,000 runs at the First Class level and was a dependable opener for Warwickshire hitting 29 hundreds in his long career.

He has been called one of Australia’s most unlucky cricketers. Despite a brilliant domestic career, Stuart Law represented his country in just one Test Match against the visiting Sri Lankans at Perth in 1995. He came in to bat at No 6 with the hosts comfortably placed at 496 for 4 and scored 54 not out to guide his team to 617 for 6. An innings defeat for the visitors meant that he never got to bat again, which brought the curtains down on his career. He was simply unfortunate to have been born in a generation where the team had the likes of Mark Taylor, Michael Slater, Ricky Ponting and the Waugh brothers. At First Class level, Law scored more than 27,000 runs at an impressive average of 50.52, which included 79 tons!

Imagine picking up two 5 wicket hauls in your debut and never getting a chance to play for your country again. You can’t be unluckier than that. Charles Stowell Marriott, popularly known as ‘Father’ Marriott, made his debut against the West Indies at Oval in 1933. After the English side put up 312 in the first innings, Marriott, a leg break bowler, bowled out the visitors for 100, claiming 5 for 37. Asked to follow-on, the West Indies side were cleaned up for 195 with Marriott again starring with 6 for 59. Already in his late-thirties by this time, Marriott never played another test and finished his career with a mind-blowing average of 8.72. 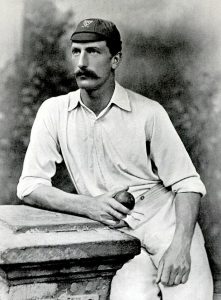 When one mentions the name Sir Charles Aubrey Smith, plays like The Prisoner of Zenda and The Morals of Marcus immediately come to mind. Smith, who has a star to his name on the Hollywood Walk of Fame, was immensely popular on both sides of the Atlantic, but few people know that he was also a successful cricketer. Smith was a right arm fast bowler who earned his Test cap playing against the South Africans at Port Elizabeth, 1889. He had a dream debut, taking 7 wickets at a stunning average of 8.71 which included 5 for 19 in the first innings. He unfortunately never played for England again and cricket’s loss became the cinematic world’s gain.

England’s Tour of South Africa in 1899 wasn’t the right time to make test debuts. Like Aubrey Smith, there was another cricketer who made his first appearance, produced an impressive performance and yet never played for his country again. William Hare Ashley, popularly known as Gobo Ashley, a left-arm medium pacer from Western Province, made it into the South African squad for the Second Test at Cape Town. He took a superb 7 for 95 in England’s first innings, as the visitors scored 292 runs. He didn’t get a chance to bowl again as his side was dismissed for 47 and 43 respectively and suffered a humiliating defeat. The match was also his First-Class debut and, despite this performance, he never played for South Africa again – and only managed 3 more First Class games.

With more than 3000 wickets at the First Class level, a player deserves a second chance in Test cricket. But Charles Warrington Leonard Parker wasn’t that lucky. He was selected to play in the 4th Test Match at Manchester versus the Australians. A slow left-arm orthodox bowler, Parker picked up 2 wickets in a rain-affected match that ended in a draw and was never to wear the English cap again. He had an incredibly successful career with Gloucestershire that spanned more than 30 years where he picked up 3278 wickets at an average of 19.46, which puts him third on the list of most wickets at the First Class level.

How many Test cricketers have retired with a batting average of 112? Not even Don Bradman managed that, but that’s how cricket fans in the West Indies would remember Andy Ganteaume. Turning up for the Windies in the 2nd Test Match against the visiting English side in Port of Spain in 1948, this wicket-keeper batsman scored 112 in the first innings playing at No. 2. He didn’t open in the second innings and never played for the national side again, which boasted the likes of Sir Clyde Walcott, Sir Frank Worrell, Gerry Gomez and Sir Everton Weekes. Some argue that Ganteaume slowed the match to achieve his hundred which cost his side time in the fourth innings and the test match ended in a draw. Still, a century on debut is impressive any way you look at it.