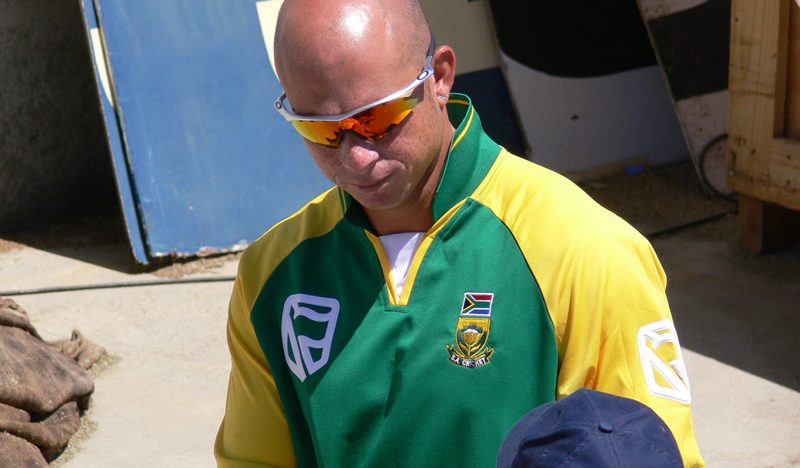 The Proteas have always had a formidable One Day team. No matter what era it may have been, their sides were always competitive and packed full of game changers. If it wasn’t for Duckworth-Lewis or Allan Donald not running through for an easy single, the Proteas could have won more than one World Cup. They were certainly good enough. Here are the players that have blazed the One Day trail through the Proteas history.

The disgraced former captain was banned for life in 2000 by the King commission after it had been established that Cronje had given information to bookmakers. It is easy to forget a player who has brought the game into disrepute, but, before he was banned, Cronje held a prestigious ODI record. He played 188 games. He scored 5,565 runs at an average of 38.64 and took 114 wickets at an average of 34.78. He also snared 73 catches in his 188 games. Hansie Cronje made a big impact on the fortunes of South Africa’s ODI side. Had he not been caught up with bookmakers and those who look to cast a shadow on the game of cricket, there is no doubt Hansie would be at the top of this list. Cronje died in a plane crash in 2002.

There were few better sights for South African fans than Herschelle Gibbs opening the batting under lights in a thrilling run chase. Gibbs was anything but ordinary. His extraordinary talent provided the watching cricket world with a massive amount of pleasure and excitement. Gibbs played 240 ODI games for South Africa and scored 8,094 runs at an average of 36.13. It wasn’t only his batting that made Gibbs such a force but also his fielding. In his 240 games Gibbs took 108 catches and ran countless batsman out. He truly was a maverick in every sense of the word. His 175 off 111 balls to help South Africa chase down Australia’s 434 was as electric a performance as you will ever see. Gibbs was the man for any occasion and made it his duty to entertain as much as perform.

Jonty Rhodes singlehandedly changed fielding in the game of cricket. From diving through the stumps to run out Inzamam-ul-Haq to launching himself at every ball that came past him at point throughout an 11 year career, Rhodes showed the world that fielding mattered. Every catch you see in the IPL and from around the globe was inspired by Jonty Rhodes. He was the architect of saving runs in the field. When you add on the fact that he made 5,935 runs in his 240 ODI games for South Africa at an average of 35.11, you see just how important a player Rhodes was for the Proteas. South Africa will struggle to find a player that works as hard and cares as much as Rhodes.

Imran Tahir made his debut for South Africa at the age of 32. He has gone on to play another 6 years and does not look like stopping anytime soon. Tahir’s contribution towards ODI cricket in South Africa has been huge. In 74 ODI games he has taken 127 wickets at an average of 23.65. He has been a revelation for the Proteas and has won numerous games on his own. His passion and desire to succeed have endeared him to the South African fans. His best bowling figures of 7/45 was a record as the first South African to take 7 wickets in an ODI game. He was also the fastest to 100 wickets in ODIs for South Africa, only taking 58 games to do so.

When you average over 50 with the bat in ODIs you are considered exceptional. Hashim Amla averages 50.21. Amla has played 150 ODIs for South Africa and has scored 6,880 runs. Amla’s fearless batting has set the Proteas up for many wins. If there was ever a batsman that flayed an attack with utter disdain it was Amla. A calm and gentle man off the field, but when he gets the willow in his hand he can go about causing serious destruction. He has a better strike rate than even Herschelle Gibbs in ODIs. Many bowling attacks have crumbled at the feet of the silent warrior. The Proteas ODI success over the last 10 years has been built around Amla.

When South Africa were allowed back to play international cricket after the fall of Apartheid, there was an excited murmur around the globe as the watching world were eventually going to get to see Allan Donald bowl. It is safe to say, he surpassed the hype during his career. ‘White Lightening’ was ferocious and fast. When Donald wanted your wicket, there was very little you could do about it. If he didn’t take it, you were sure to pay as your body was the target of fast, hostile bowling. He was simply always up for the challenge and never gave an inch. In 164 ODI games, Donald took 272 wickets at an average of 21.78. That record is outstanding and shows not only was he aggressive, he was also prolific – a deadly combination.

Lance Klusener, affectionately known as ‘Zulu’, was one of South Africa’s very best. His ability to smash a bowling attack to all parts of the ground was legendary. In 171 ODIs he scored 3,576 runs at an average of 41.10. That would have been enough to secure a spot in any team. Not content with being a prolific batsman, Klusener also took 192 wickets at an average of 29.95. He was your ‘go to’ man and often a match winner. He almost took South Africa to a World Cup final in 1999, losing out in unbelievable and shambolic circumstances to Australia in the end as the scores were tied. Klusener won man of the series in that World Cup in England. A fan favourite and a sensational ball striker, Zulu had it all.

Shaun Pollock was one of the finest cricketers to grace not only South Africa’s fields but also the world’s. He could bat very well and could bowl with unbelievable precision. ‘Polly’ played 303 ODI games for South Africa and scored 3,519 runs at an average of 26.45. More impressively, he captured 393 wickets at an average of 24.50. His contribution was immense and he formed one of the best bowling partnerships world cricket has seen. Pollock and Allan Donald picked up wickets for fun and bowled phenomenally well in tandem. You can’t replace a cricketer like Shaun Pollock, they come along once in a lifetime. When Pollock had either bat or ball in hand, he excelled.

There is no better sight in ODI cricket than AB de Villiers in full flight with the willow. He is irresistible and has gone on to set a number of records. In 216 ODI games for South Africa he has scored 9,175 runs at an unbelievable average of 54.28. In 2015 de Villiers scored the fastest century in ODI cricket, smashing a hundred in 31 balls – a record that will only be broken by more than a superhuman effort. AB has matched all of those runs and records with a sizzling display in the field over the years. He has taken 171 catches and has run countless batsmen out. His run out in 2006 when he threw the ball unsighted and on his back to dismiss Simon Katich is a moment one won’t ever see again. Always developing and breaking records, de Villiers is far from finished and will continue to defy belief.

There will never be a cricketer like Jacques Kallis again. He is by some distance the very best ODI player to have played for South Africa and arguably the best in the world. His records indicate he is the greatest. In 328 games he scored an incredible 11,579 runs at an average of 44.36. He was as prolific with the ball and took 273 wickets at an average of 31.79. If that wasn’t enough he also took 131 catches. Jacques Kallis took the game of cricket and left his mark on it in a massive way. He was an anchor, an entertainer and a winner. His talismanic approach helped South Africa enjoy sustained success. If you were lucky enough to see him play, then you are part of a fortunate club. He was South Africa’s very best.