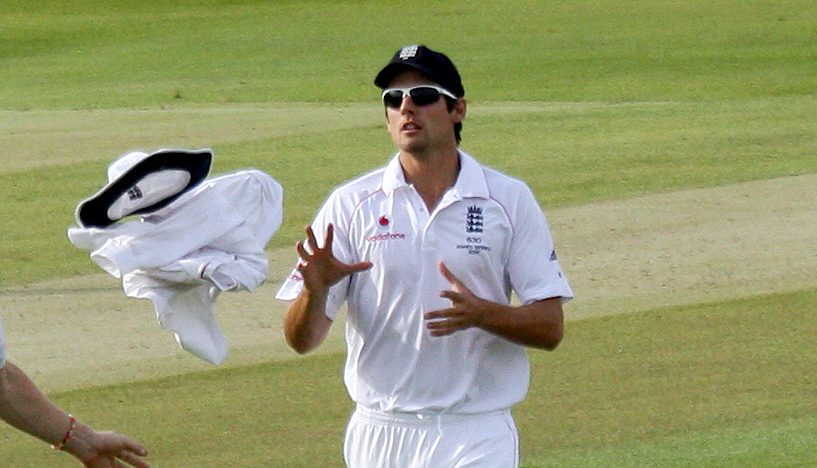 The conclusion of the recent Test series between England and India marked the retirement of Alastair Cook, one of the greats of the modern game. In almost fairytale fashion, Cook bowed out from the world stage by following up a score of 71 in the first innings with the most memorable of centuries in the second as England claimed a famous victory at the Oval. It was the most fitting of farewells to a player who, in typically unassuming fashion, has cast a long shadow over the game for over a decade, and will go down as one of the finest batsmen ever to don an England shirt.

His dogged style of batting was never the easiest on the eye, but it was his grit and determination which always showed through and made him such an iconic player. Cook was never a player to go missing when the going got tough, surprising his opponents with his refusal to roll over when his side was under pressure. A glance as his career statistics illustrates how crucial he has been to the England side for nearly 12 years. Over that time, he has ripped up a huge number of his country’s previous batting records. For example, Cook became the first ever English batsman, and the youngest of any nationality to go beyond the 10,000-run mark, a feat he achieved in 2016. His career total of 12,472 runs is over 2,500 more than the next highest-scoring England player, Cook’s childhood hero Graham Gooch. Cook’s total puts him fifth on the list of all-time Test top scorers, and makes him the most prolific left-handed batsman ever (he surpassed Sri Lankan icon Kumar Sangakkara in his final innings). With 33, he has ten more Test hundreds than Kevin Pietersen, England’s next biggest century-maker. Put together these records show how much Cook deserves his reputation as an all-time great batsman.

Some of Cook’s critics may argue that while a Test average of 45.35 is impressive, it does not put him among the pantheon of the greatest players ever to play the game. It is certainly true that Cook, like anyone who plays Test cricket for as long as he has, underwent some lean patches. However, what such detractors miss is that so many of his runs came in the most challenging of conditions, from his match-saving double ton at Brisbane to his stunning efforts in the Indian subcontinent, so often a graveyard for the Test careers of English batsmen. Looking at the number of times Cook’s innings, through sheer perseverance and concentration, have changed the course of Test matches should leave every England supporter mindful of how much worse things could have been had he not been there to steady the ship time and time again. Since the retirement of his friend and team-mate Andrew Strauss, the struggles England have had finding an opening batsman to partner Cook prove just how rare it can be to find a player who performs consistently at the top of the order.

It, of course, should not be forgotten amid all the talk of his batting prowess that he was also England’s longest-serving Test captain, overseeing the side for 59 Tests. His time as captain is notable for its marked highs and lows: in his inaugural tour as permanent captain, he won a series away in India for the first time in nearly thirty years, and his side regularly dominated at home, but his side’s away record was often poor, most notably including a 5-0 Ashes defeat away in Australia in 2013-14. Despite this, however, it is important to remember that Cook remains one of the few England captains in recent decades to register two Ashes victories, always the most important metric for judging the ability of any England Test side.

Alastair Cook burst onto the Test scene with a remarkable debut performance against India in Nagpur in 2006, at the age of just 21. Drafted in as a replacement for Michael Vaughan and Marcus Trescothick, Cook, opening the batting, impressed with a half century in his first innings in Test cricket as he made a composed 60. In the second innings, he went one further, making a magnificent century to announce himself on the world stage in the best possible way.

After this entrance, Cook continued to showcase his ability, regularly making big scores throughout his debut year in Test cricket. Even during the disastrous Ashes tour of 2006-7, when England were whitewashed by Australia, he was one of the few players on the touring side to emerge with any credit. This was largely down to the century he scored in hostile conditions at Perth, when he defied a bowling attack including Shane Warne and Glenn McGrath. Although England lost the Test, they could take some solace from the fact that Cook was able to bat through almost the entire fourth day in such trying circumstances.

By this point, Cook had cemented his place at the top of the English order, one he would never relinquish until his retirement this week. He consistently made big scores home and away, including a fine century against an immensely talented Sri Lankan spin attack to secure a draw in Galle in 2007. Although his form dropped off somewhat the following year, marked mostly by an inability to convert fifties into hundreds, he recovered by making two centuries against the West Indies in 2009 to secure his place his first home Ashes series. Although he failed to make a century against Australia, with his top score being 95, he played his part in a series victory, including catching Michael Hussey at short leg off Graeme Swann to regain the trophy.

The following summer was noticeably lean for Cook, making a series of low scores against tourists Pakistan, leading many to call for him to be dropped. Typical of Cook, however, he answered these calls in the best possible way, making an assured 110 despite, or perhaps because of the pressure on him, at the Oval to secure his place in the team ahead of the Ashes tour later that year.

Indeed, it was that Ashes tour, in the Australian summer of 2010-11, that Cook made sure of his place as an England legend. In the first Test at Brisbane, he followed a half-century in the first innings with an utterly dominant double ton in the second. His side’s situation in the match had been a futile one, yet Cook secured a draw in the most emphatic way as he built huge partnerships with Andrew Strauss and Jonathan Trott to take his side’s total to the near-unbelievable 517 for 1.

He continued to make two further centuries, racking up 766 runs in total, as England came away with a famous 3-1 victory in what must go down as the peak of his career. He stayed at the top of his game when his side played India the following summer, making his Test-best score of 294 at Edgbaston as England whitewashed the tourists to reach the summit of the ICC Test rankings. It was in this series that Cook also took his first and only Test wicket, getting Ishant Sharma caught down the leg side, to give him an amusingly low bowling average of 7.

Fast-forward a year, however, and things appeared bleaker for the England Test team. Having just lost 2-0 at home to South Africa, surrendering their number one status in the process, captain Andrew Strauss resigned, citing his own poor batting form. Cook, long Strauss’ designated successor, was thus elevated to the captaincy ahead of a difficult-looking tour away in India. Although Cook’s side was defeated in the first Test, Cook made a century in a much-improved second innings performance. This seemed to give both Cook and England momentum, with the new captain making two more centuries as England turned the series around to win 2-1. It was a remarkable achievement given England had not won away in India since 1985.

Cook’s first Ashes as captain, in the summer of 2013, went similarly well. Although his batting form dropped off somewhat, as he made only two fifties, his leadership was praised as England cruised to a 3-0 victory to retain the urn. Mere months later, however, and his leadership was in turmoil. The second of back-to-back Ashes series, this one in Australia, resulted in another 5-0 whitewash. Cook, like all his fellow batsmen, had struggled for form as his team was thoroughly outplayed.

With his side being overhauled, including the dropping of Kevin Pietersen in what turned out to be a fiery confrontation, Cook’s leadership improved as England overcame India 3-1 in a comfortable home series. Despite his team’s improved performances, however, he still had not been able to make a century. It was not until May 2015, in a tour of the West Indies, that Cook finally silenced his doubters once again with a century in Barbados. It had been almost two years since his last century but Cook finally appeared to be back to his full ability, although his side still went on to lose the Test and draw the series.

He made another ton as well as going on to become England’s leading Test run-scorer in the drawn series against New Zealand later that year, before finally going on to have his revenge against Australia with a 3-2 Ashes victory to banish the demons of the previous year. Later that year, although his side lost 2-0 to Pakistan in the UAE, Cook held off the opposition bowlers masterfully as he made 263, in what was by minutes the third-longest Test innings ever. He followed this with a memorable series victory in South Africa, as England emerged 2-1 victors.

However, after disappointing drawn series at home against Pakistan and away in Bangladesh, Cook’s team was thoroughly outplayed in India, losing the series 4-0 despite Cook making a century in the first Test. After some deliberation, he decided to resign from the captaincy before the 2017 Test summer, handing the leadership to Joe Root.

He showed the permanence of his class, though, with two more double-centuries later that year. The first came in England’s first-ever day-night Test against the West Indies, while the latter, surely one of Cook’s best-ever innings, came in the midst of yet another difficult tour of Australia. With his side already 3-0 down going into the Boxing Day Test at the Melbourne Cricket Ground, he ground out 244 not out, the highest score by an opener to carry the bat.

While he began the summer of 2018 well, making 70 against Pakistan, a lean run that saw him fail to make a fifty across five Tests led him to announce his retirement ahead of the final game against India at the Oval. Yet a fifty in the first innings and a century in the second, showing an uncanny symmetry with his debut match, ensured that an iconic and unique career ended in the best possible fashion.