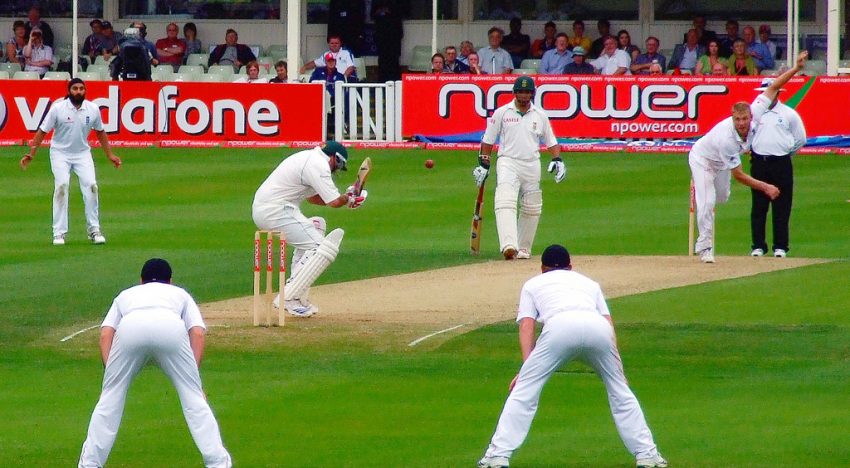 South Africa followed Australia and England in becoming a Test-playing nation in March 1889. The two teams renewed their intense and at times controversial rivalry last week. To date, they have played 146 Tests. England have won 59, there have been 55 draws and South Africa have won 32. Here is a brief rundown of some of the notable series that have made this rivalry so interesting.

Welcome to the Test Party

South Africa made their Test bow against England in Port Elizabeth in March 1889, when they were beaten by eight wickets in a low-scoring two-day match. It was not until 1906 – the first Test the two sides played for seven years – that the Proteas tasted victory, winning by one wicket in Johannesburg. Arthur Nourse guided them home with an unbeaten 93. That sparked a run of three consecutive wins for South Africa before England regained the upper hand.

In 1912, an experiment that has never been tried again was carried out when Australia, England and South Africa played a triangular Test series in the UK. England bowled South Africa out for 58 and 217 to win by an innings at Lord’s and added comprehensive wins at The Oval and Headingley. For the record, South Africa lost two and drew one against Australia, as England won the tournament.

Before live television coverage of sport became widespread, there was no time limit for Tests, but in 1939 that ended after England and South Africa battled it out for nine days (12 if you include rest days). They would have carried on – England were 654 for five chasing 696 to win in Durban – but the tourists had to catch their boat, so the match was declared a draw and the timeless Test was abandoned as a concept.

A Series of Records

The 1956-1957 series, held in South Africa, was a good one for breaking records. First, England’s Peter Richardson scored the then-slowest Test century in the first Test before South Africa’s Russell Endean became the first player to be dismissed ‘handled the ball’ in the second match. Hugh Tayfield then set a new bowling record for South Africa in the third Test by taking 8-69, then promptly beat it by returning nine for 113 in the fourth Test. The series was drawn.

The last time the two sides played each other before South Africa were banned from international cricket as a response to apartheid came in 1965. An exciting side including Graeme and Peter Pollock, Colin Bland, and Eddie Barlow beat England 1-0. Then came the “D’Oliveira affair” of 1968, when South African-born Basil d’Oliveira’s selection to play against his native country saw the tour cancelled, heralding the end of official teams touring South Africa until apartheid was abandoned. As a consequence, the two sides didn’t meet again until 1994 when Kepler Wessels led the touring side to a 1-1 draw, during which Michael Atherton was fined for having dirt in his pocket and dissent. Devon Malcolm produced one of the greatest spells The Oval has ever seen, taking 9-57 to level the series.

Hansie Cronje captained South Africa between 1994 and 2000, winning a draw-ridden series in 1994/5 1-0, then making amends for a 2-1 reverse in England in 1998 with a 2-1 home series win in 1999/2000. That series saw Michael Vaughan make his Test debut but is more remembered for the final Test in Cape Town. With South Africa 2-0 up in the series and the middle three days of the match rained off, what looked like a sporting gesture from Cronje and his opposite number Nasser Hussain to make a game of it on the final day later turned out to be nothing of the sort. Cronje had taken a bribe to guarantee a result and subsequently copped a life ban. England claimed a hollow victory.

Graeme Smith captained South Africa more times than any other player, and he had a penchant for seeing off England captains. In 2003, he scored 714 runs in five Tests in England, following which Nasser Hussain stepped down. His successor, Michael Vaughan, made his tearful departure midway through the 2008 series, in which Smith hit 369 runs.

Kevin Pietersen took over as England captain and immediately led the side to a six-wicket win at The Oval to get his short spell as skipper off to a winning start. However, the path towards the South African-born player’s eventual departure from the England setup was rooted in the 2012 home series against the Proteas. His innings of 149 at Headingley was one of his best but he was dropped for the final match of the series (which South Africa won 2-0 to reach the top of the ICC rankings) after his relationship with his fellow players and coaches reached breaking point. Was he really texting his mates in the South African team telling them how to get his captain out? Regardless, it was the beginning of the end for Pietersen’s England career.

England still won last time out in South Africa without Pietersen, thanks hugely to the contributions of Ben Stokes and Stuart Broad. Hashim Amla – who scored a triple-ton against England in 2012 – resigned as captain following Stokes’ quickest ever 250 in Cape Town and Broad’s 6-17 in Johannesburg sealed the series. No wonder England were hoping that the Nottinghamshire man was as fit as he says he was ahead of hostilities resuming.