Home History The Invincibles: The West Indies of the 1980s 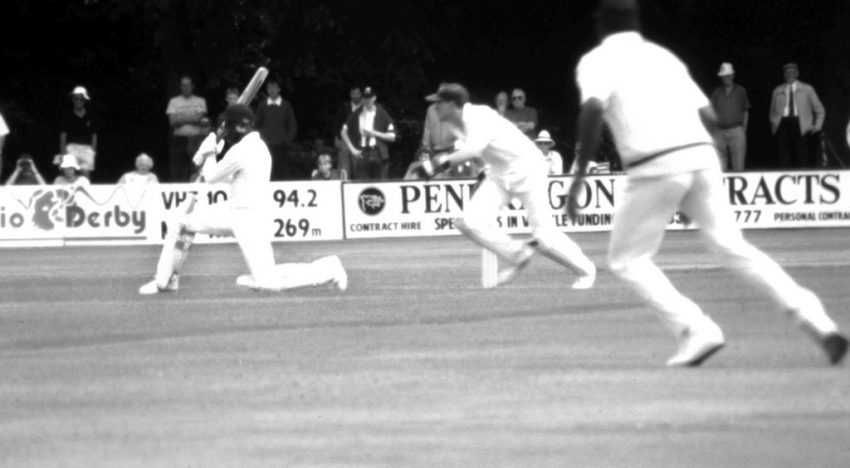 In the realm of cricket, the term ‘greatest’ gets tossed around a lot. The greatest ever this or that makes up the vast majority of nostalgic pieces. Exaggeration and hyperbole are used to describe many wonderful players and teams that have graced the game in its vast history, with every writer waxing lyrical over a time passed, filled with heroes and villains, who battled on green ovals. This article may be no different; however the team in question, rightly nicknamed the ‘Invincibles,’ deserves every bit of the praise they receive.

The West Indian team of the late 1970s through to the early ’90s was a juggernaut. One statistic attests to this in no uncertain terms – through the period of 1984-1991 the team did not lose one test series. For many, the Windies of the 1980s are the greatest test team ever. It is awfully hard to argue against such a statement, with perhaps only Steve Waugh’s Australian team regarded as better by some pundits. Heated debates inevitably follow when the subject is brought up.

Regardless of which side of the fence you sit, the Windies, led first by Clive Lloyd then later by Sir Vivian Richards, were a true behemoth of the world game. They built an empire against which future teams would be judged. Just to be mentioned in the same breath as the Invincibles is a dream for most test captains. Few teams could stand up to the aggressive bowling line-up, featuring all-time fast bowling greats Michael Holding, Malcolm Marshall, Colin Croft and Joel Garner. Just as they dominated with leather in hand, they were also imperious with the willow. Richards made a mockery of bowling attacks, accumulating over 8,000 runs, averaging over 50 and slaying 24 tons. He was not the bowling team’s only worry – Gordon Greenidge and Desmond Haynes were a world beating opening pair.

Laying a Foundation: Clive Lloyd and the Pace Quartet

The cliché, “Rome wasn’t built in a day”, is more than apt in describing Clive Lloyd’s era of captaincy. Lloyd’s authoritarian style was what the Windies needed after a humiliating defeat in a test series to a street smart Australia. It was Lloyd who implemented the strategy of employing express pace to sweep away batting sides. Previously, the West Indies had always used two fast bowlers, a medium pace bowler, and a spinner. In a master stroke that seemed too simple to work, Lloyd elected to use four frontline pace bowlers. This had a devastating effect, giving the batsmen no room to breathe. By employing aggressive, abrasive, and accurate bowling, which was unnervingly quick, there was little batsmen could do other than hope to rotate the strike and get to the other side, rather than face an entire over of thoroughly hostile bowling. I can imagine a few batsmen toying with the idea of sending their partner back when two runs were easily available.

Lloyd is now universally regarded as one of the game’s greatest captains. Perhaps his greatest contribution was ensuring that there was a core group of players, including Richards, Greenidge, Desmond Hayes, Holding, and later Marshall, who would come to dominate world cricket. Into this nucleus of players, Lloyd instilled professionalism and a unerring determination to win.

Clive Lloyd is like a father, big brother, guardian and guide to West Indian cricketers. We respect him because he respects himself and all of us. If Worrell led by inspiration and Sobers by example, Lloyd combines both to great effect

Sir Viv and the Blackwashes

Richards took over the mantle as captain when Lloyd retired following the 1984-85 test series in Australia. This was beginning of absolute dominance of the world stage – the West Indies captained by Richards did not lose a test series in nearly seven years! The team was unbeatable at home, but also a force when playing away, and they were still managing to bring in new talent. Normally, a changing of the guard is certain to produce a dip in form. But players like Marshall, Curtly Ambrose, and Ian Bishop hit their straps under Richards’ captaincy, using aggressive pace to impose their collective will upon the game.

One of Richards’ crowning achievements were the two series wins over England, which have become known as the ‘Blackwashes’ (an obvious play on the term ‘whitewash’, meaning to win every match played). The West Indies’ tour to England in the summer of 1984 would become known as one of the greatest test series of all time. England had no answer to the devastating bowling attack, which was ably backed up by Richards and the other batmen. A spectacular knock by Greenidge, scoring 214 not out to chase down a mammoth 342 during the second test at Edgbaston, was testament to the determined attitude to win that defined the Windies. The series was won 5-0 by the West Indies and the dose was repeated on England’s return tour to the West Indies.

These remarkable performances were important for the team, but also for the West Indies in general, as black people experienced racism on a shocking level during that period. To see a black team dominate their colonial masters forced some people to change their mind-set. Richards, aware of the social impact the team was having, famously turned down a blank cheque from the Apartheid Government to play a rebel tour in South Africa. It was this challenge to cricketing tradition, as well as past beliefs of superiority, that added far more significance to the accomplishments of the West Indies test team during this period. Cricket became an arena not just for sport, but a battle against racism.

Legacy: The Future of the West Indies

The recent performances of the West Indies have been difficult to watch. For a small collection of islands, the West Indies has produced an unbelievable number of the game’s greats – Lloyd, Richards, Holding, Ambrose, Walsh, and Brian Lara, to cherry pick just a few names. While continued disputes between the board and players have marred the game for fans, one can only hope the West Indies rediscover what made them one of the greatest sides to ever play the game; International cricket would be richer for it.