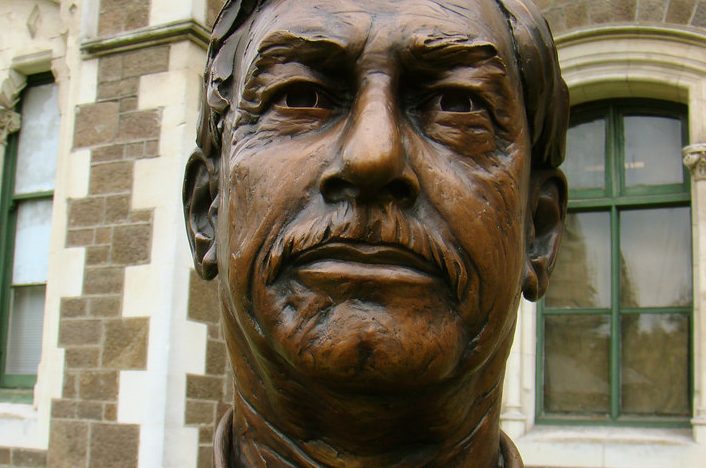 Cricket is a sport with a strong tendency towards specialisation – most players excel in one area of the game. Occasionally, though, there are those rare talents who just seem to be able to ‘do it all’ – the all-rounders. There have been many wonderful all-rounders over the decades, but none better than these five cricketing legends.

In many ways, Sir Garry Sobers defined what it meant to be a modern day all-rounder and he is often cited as the greatest all-rounder of all time. A quick glance at his stats would prove this point time and time again. In tests, he averaged 57.78 with the bat, which places him on the list of all-time best batsmen. He scored 26 centuries in his career, including a mammoth 365 against Pakistan in 1958 – a world record that was only broken in 1994 by his fellow countryman Brian Lara. With ball in hand, he could bowl medium pace deliveries or spin with equal precision. It was his ability to turn the ball that would lead to his selection in the West Indian national team. He ended his career taking 235 wickets at an average of 34.03. Unsurprisingly, Sobers also excelled in the field and developed a reputation for catching blinders. Sobers will also be remembered for his excellent captaincy of the West Indies in conjunction with bat or ball in hand. I’m sure he left many asking – what can’t the man do?

“King Kallis” is probably the closest thing South Africa has to royalty. The man came to define the term ‘class’ within South African cricket. He was both regal and majestic at the crease with many of his front foot drives deserving to be captured in oils rather than film. Later in his career, Kallis would become known more for his batting pedigree which was imperious, rather than his (excellent) bowling. Like Sobers, he was also an excellent fielder and one of the safest pair of hands in the slip cordon South Africa has ever had. At the end of his career, Kallis had amassed 41 centuries and 55 half centuries with an average just over 57. Not known for amassing mammoth totals at the crease, like some, he could be counted on to reliably soak up pressure and score an excellent total regardless. With the ball in hand, Kallis took 274 wickets at an average of 32.51. He was often referred to as having a “golden arm” for his seemingly inhuman ability to break partnerships seemingly when it looked like nothing could get an opposition batsmen out.

On this list of gifted and talented individuals, Imran Khan is another who deserves to be recognised. Like Sobers, he captained the national team – in fact, he is still Pakistan’s most successful test captain to date. While many all-rounders dabble in medium pace deliveries or the various forms of spin, Khan was frightfully quick. Not only was he quick, he could also get the ball to reverse swing, seemingly at will. For years he was Pakistan’s main strike bowler and his bowling stats rank up with the best in the world – 362 test wickets at an awe-inspiring average of 22.81. While he is predominantly remembered for the spectacle he would cause with ball in hand, he also made many match winning contributions with the bat. He averaged a respectable 37.69 and scored six centuries. Khan is also one of only eight people to take over 300 wickets and score over 3,000 runs.  Since his retirement, batsmen are safe in the knowledge their leg stumps are safer than they had been.

Next to their Tasman neighbours, New Zealand have sometimes been regarded as the ugly step sister at the ball by many pundits. Given the amount of world beating players they’ve produced over the years with some stunning performances, this reputation is certainly unfair. Sir Richard Hadlee is without doubt one of those players who made the world take notice of the country known more for the All Blacks than the Black Caps. Revered for his ability with the ball, he started his career as an out-and-out fast paceman. Towards the end of his career, he transformed into the wizened bowler who seemed to have the ball on a string (and by shortening his run up, he gave batsmen very little breathing room in between deliveries). He also seemed to save his best for old rivals Australia, bowling a career defining 9/52 to sweep Australia’s order back to the changing room. Ending his career with 431 wickets at an average of 22.29. While some may scoff at his batting average of 27.16, he did bat far down the order and his contributions were often the difference between New Zealand winning or losing.

Ian Botham has made quite a name for himself commentating during the English summers – but it is not for his all-round commentary skills that he makes it on to this list. Botham was one of the integral figures of England’s resurgence as a cricketing power in the 1980s. Till that point, England’s performances were about as inspiring as the weather. Perhaps the highlight of his career was the 1981 Ashes, which became affectionately known as “Botham’s Ashes” due to his stellar performances with both bat and ball – and, in particular, his match saving innings of 149 not out in the 3rd test at Headingley. Throughout his career, Botham displayed a great ability to build match-defining innings and, with a strike rate of over 60, fielders were jogging the boundary more often than not. His 14 centuries were most memorable because they generally came when England needed them the most. Though often hampered by injury, his bowling stats are still worthy of admiration, taking 383 wickets at an average of 28.40.