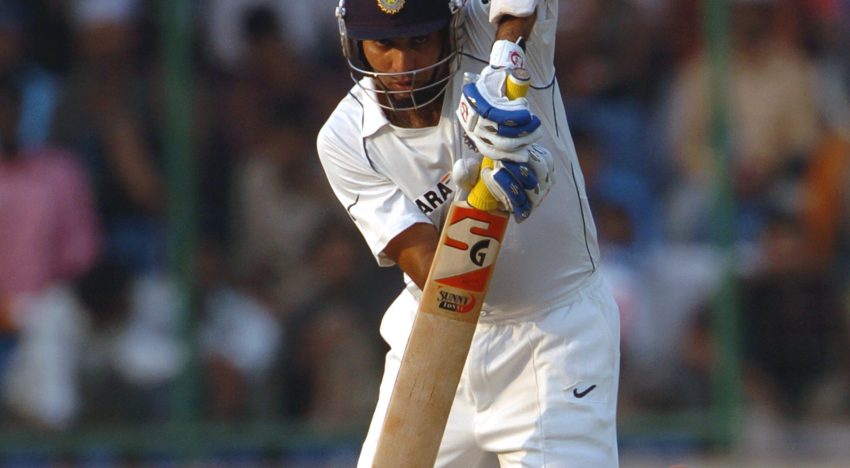 The 2001 Test series which saw Australia travel to India marked a legendary clash between the two countries. The Australian side was at the peak of its powers, with a batting line-up, in particular, which could stake the claim of being the greatest of all time. With the ball, too, they had the ever-outstanding Glenn McGrath and Shane Warne, with the latter a constant threat on the crumbling pitches of the Indian subcontinent. They sought a series victory in India, which would have been their first since 1969, and would confirm their status among the finest teams Test cricket has ever seen.

Standing in their way was an Indian side on the up. Their middle order of Rahul Dravid, Sachin Tendulkar, VVS Laxman and Sourav Ganguly would go on to dominate bowlers around the world for the better part of a decade. While they were missing talismanic leg-spinner Anil Kumble, this afforded a young Harbhajan Singh the chance to make his name in Test cricket. The three-match battle between the two sides would go on to become one of the greatest Test series of the decade, and perhaps of all time.

Steve Waugh, captaining Australia, began the series by winning the toss and electing to field, believing in his side’s propensity to take early wickets. This faith certainly paid off, as each of Australia’s front-line bowlers claimed a wicket in the first session to leave India four down at lunch. Things scarcely improved afterwards, with wickets falling regularly. Only the ever-remarkable Tendulkar offered resistance, making 76 before also falling, with India eventually succumbing to 176 all out. Wickets were shared around the Australian attack, with Warne and McGrath claiming seven between them.

Australia found themselves in similar trouble responding to India’s first-innings total. Harbhajan Singh wreaked havoc in the Australian middle order by bowling a spell of 3 for 8 to reduce Australia to 99 for 5. Yet here the Australians showed their strength in depth. Adam Gilchrist and Matthew Hayden counter-attacked, putting on a mammoth stand of 197 with each making a century. By the time Australia were finally bowled out, they had compiled a lead of 173.

India’s second innings started somewhat better than their first, reaching 154 for 2 with Tendulkar making another characteristically stylish half-century. However, after he was dismissed by the part-time off-spin of Mark Waugh, the rest of the Indian batting line-up crumbled. They fell to 219 all out, with Waugh and Jason Gillespie claiming three scalps each.

This left Australia the simple target of 47 to chase, which Hayden and Michael Slater rounded up with ease. They did not lose a wicket and reached their target within 7 overs, giving the Australians the simplest of victories. While India had competed well with the ball, they were ultimately undone by the individual brilliance of Hayden and Gilchrist, combined with their own brittle batting order.

Had India’s woes not been severe enough already, first leading fast bowler Javagal Srinath was ruled out of the second Test through injury, and then they lost the toss to Steve Waugh, who opted to bat first. After a strong start which included a brutal 97 from Hayden, Australia suffered a mid-innings collapse, falling from 193 for 1 to 269 for 8. Spearheading this Indian revival was none other than Harbhajan Singh, who took a hat-trick in the process, making him the first ever Indian to achieve such a feat, and finished with seven wickets to his name. Yet Australia fought back, and a fine century from Steve Waugh coupled with support from the tail saw them post 445 all out.

In response, India’s initial performance with the bat was no better than it had been in the previous match. All of Australia’s bowlers contributed regular wickets, led by McGrath who claimed four, as the Indian batting order crumbled once again. Offering sole resistance was the stylish VVS Laxman, who made a half-century to spare Indian blushes somewhat. His 48-run partnership with Venkatesh Prasad for the tenth wicket was the largest of the Indian innings, dragging them to 171 all out. Their first-innings deficit of 274 was large enough for Australia to enforce that most ignominious of cricketing procedures, the follow on.

Batting again, India began more brightly than in their first attempt, with decent contributions from the top order. They appeared unable, though, to take advantage of their batsmen’s good starts, and by the time they had lost their third wicket, that of key man Sachin Tendulkar, they were still 159 runs in arrears. At this point, VVS Laxman stepped up to play not only his finest Test innings, but arguably one of the greatest individual performances in the history of Test cricket. In a century stand with his captain Ganguly, followed by an enormous 376-run partnership with Rahul Dravid, who made 180, Laxman made an outstanding 281. His innings, along with Dravid’s, entirely changed the complexion of the match. Having been on top for so long, Australia now found themselves looking to salvage a draw on the fifth day.

The Australians appeared to be coasting towards safety, however, with Hayden making yet another half-century as they reached 161 for 3 at tea. From here though, Harbhajan once again worked his magic, producing a devastating spell to tear through the Australian batting order, taking 6 wickets in total, giving him 13 for the match. He was ably supported by the part-time spin bowling of Tendulkar, who picked up the key wickets of Hayden, Gilchrist and Warne. Australia were bowled out for 212, giving India victory by 171 runs. This marked one of the finest comebacks in cricketing history. India became only the third team ever to win having been asked to follow on, while also making the joint second-highest second innings total in Test cricket.

After the classic at Kolkata the teams moved to Chennai for the deciding match in the series. Australia won the toss and chose to bat, and yet again Matthew Hayden made a big score opening the innings. This time, he hit a devastating 203 to put his team in pole position, cementing the already excellent series he had had with the bat. Australia, though, missed their opportunity to put the game beyond doubt in the first innings, as they fell from 340 for 3 to 391 all out. Credit for this unsurprisingly went to Harbhajan, who once again took 7 wickets to peg back the Australians.

For the first time in the series, India’s first innings was excellent, with contributions throughout the batting order. Four batsmen made half-centuries but the headlines were stolen by Tendulkar, who had finally lived up to the form all knew him to be capable of with an excellent 126. Shane Warne, Australia’s chief threat on spinning pitches, returned disappointing figures of 2 for 140, with the Indians apparently working out how to deal with his threat. India’s total of 501 all out put them in a strong position as Australia went in to bat again.

They started off steadily enough, with their openers seeing off the pace attack and reaching 82 for no wicket. However, once more they came up against Harbhajan Singh in inspired form. Rather than bowling devastating spells, however, this time he simply chipped away at the Australian batting order. Harbhajan chimed in with key wickets just as partnerships were building, almost singlehandedly keeping his side on top. He finished with 8 wickets in the innings, giving him 15 in total for the match and an incredible 32 for the series. Only Steve Waugh offered substantial resistance with a half-century as his side were bowled out for 264, leaving India the target of 154 to win the match and the series.

The target was a manageable one, yet true to the form of the series there was drama still to come. After reaching 76 for 1, with the hero of the previous Test VVS Laxman in fine form as he made another fifty, a sudden collapse jeopardised the Indian run chase. Colin Miller, drafted in for the final Test, justified his selection with three crucial wickets to help reduce India to 135 for 7, still 19 short of victory. Tailender Zaheer Khan was then removed with 4 runs still to get, but none other than Harbhajan, India’s star performer in the series, held his nerve to score the winning runs to give his side a 2-wicket victory in another thriller.

The series victory proved a watershed moment for Indian cricket. The key contributors of Laxman, Dravid, Tendulkar and Harbhajan would all go on to be mainstays in the Indian side for several years to come, and have rightly gone down as among the finest players ever to play Test cricket for India. Their remarkable victory in Kolkata also deserves to be considered one of the finest sporting comebacks of all time given the position they were in when following on. Australia, meanwhile, were not to be disheartened. They would have been disappointed to have been defeated, but had still played a great deal of excellent cricket in the series. In the years that followed they continued to dominate Test cricket, maintaining their place among the great Test teams in cricketing history. With wonderful competitors on each side this series has rightfully been recognised as an example of Test cricket at its thrilling best.