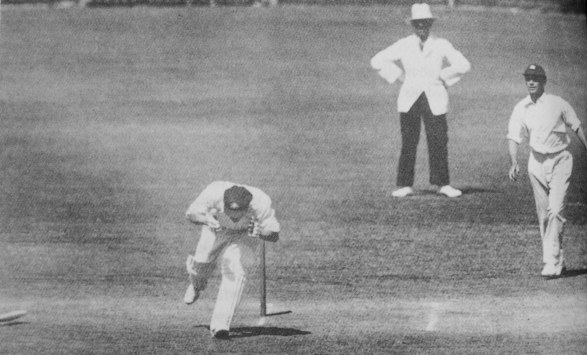 In 2004, the Sun Herald conducted a poll as to the most important moments in Australian cricket’s then 200 year history. Rather unsurprisingly, the 1932/33 Ashes series in Australia was seen as the most important event in an illustrious history – though, the series could hardly be called illustrious. The ’33 Ashes will be remembered for what the English euphemistically termed “fast leg theory” bowling, but what the rest of the cricketing world calls bodyline bowling. A game played and enjoyed by gentlemen was to become ungentlemanly in the extreme.

Bodyline bowling was not necessarily a completely new aspect to the game. Prior to this, leg theory bowling was a stable tactic for many sides. In leg theory bowling, a leg spinner or inswing bowler will pitch the ball on the line leg stump of the batsmen, which forced the batsmen to play exclusively on the leg-side of the wicket. As there were no restrictions on the number of fielders who could field on the leg-side, four or more fielders were placed around the wicket in catching positions. This was hoped to force the batsmen into an error, as to score off the leg-side deliveries meant negotiating a ring of fielders.

Bodyline bowling differed in the sense that rather than using leg spinners or medium paced inswinging bowlers, it used fast paced bowlers bowling short deliveries aimed at the body in line with leg stump. It relied on fast accurate bowlers while still bowling to a leg theory field. This meant that the batsman had three options open to him and none of them particularly pleasant: He could attempt duck under the ball and risk being hit; attempt to play the ball and risk being caught; or move further to the leg-side and expose his stumps. It is important to note that short bowling – or bowling what is commonly referred to as a ‘bouncer’ – was a tactic used prior to this and one still used today; the difference was the line bowled (exclusively on leg stump) and the heavily loaded leg-side field. It is equally important to note that helmets for batsmen were not used and, unlike in modern day cricket, chest padding definitely did not exist. 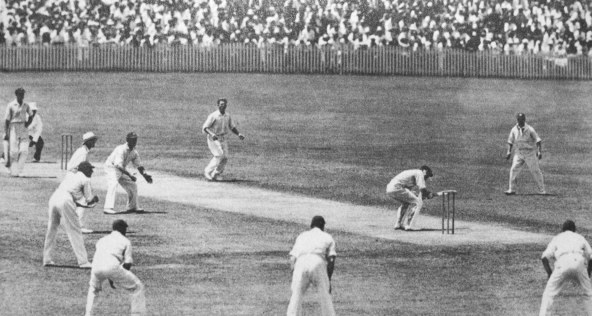 Why employ such as devilish tactic? Cricket historians seem to agree on the answer to that question. Almost all put the reason squarely at the feet of the mercurial talent of Don Bradman. When the Australians toured England in 1930 for the previous Ashes series, Don Bradman scored 974 runs (at an average of 139), ensuring that the Australians defeated the English 2-1 on their home soil. It can easily be argued the tactic was developed out of pure desperation, even if the results appeared malicious.

The subsequent test series will be infamously known for a variety of events. One event stands out, involving Australian batmen and wicket keeper Bert Oldfield and fast bowler Harold Larwood on the fourth day of the third test when things were at their worst. Larwood bowled a short pitched delivery, which Oldfield attempted to hook, but top edged into his head. This resulted in a fractured skull for Oldfield and the cost of players’ insurance effectively doubling. The ball bowled was a traditional ball and not set to a leg-side field. However, as Larwood was one of the chief employers of the tactic, as ordered by the English captain Douglas Jardine, the crowd was visibly upset. It was feared that a riot would occur as previously the Australian captain Bill Woodfull was hit in the chest by a lifting ball while he attempted to evade it. Again, the ball was bowled by Larwood. This incident led to the now-famous quote by Woodfull when approached by the English team manager Pelham Warner in an attempt to apologise. “I don’t want to see you, Mr Warner. There are two teams out there. One is playing cricket, the other is making no attempt to do so.” Woodfull’s approach to the entire series is to be admired, as he refused to allow the Australian bowlers to implement bodyline bowling in an effort to uphold the spirit of the game. This principled approach may have been tactically unsound but illustrates the qualities of the man. Interestingly, although the press in Australia was outraged, the English press and the M.C.C. believed the Australians to be overreacting. 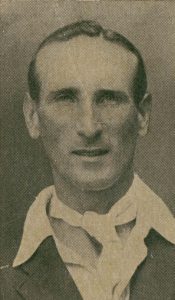 Regardless of perceived reactions to the new tactic of bodyline bowling, the results of the test series – a 4-1 victory for the English touring side – extended far beyond the pitch. English reactions only changed when bowlers started implementing bodyline tactics in county cricket after the Ashes series in question. Politicians, worried about maintaining Anglo-Australian relations, attempted to smooth over differences, while many Australians boycotted British goods and vice-versa. A strain between the English and Australians was indeed felt until the beginning of World War II. The series also resulted in the M.C.C. making a variety of rules changes which effectively, although not explicitly, banned body line bowling by making it impossible to implement successfully. This was due to the rule changes limiting the amount of fielders on the leg-side. Although the rule changes were made to rule out body line bowling, its effect would influence generations of cricket players.

While bodyline bowling was made redundant by rules changes the game has lost none of the bodyline tactics’ inherent aggression. Although there are limits to the number of short pitched deliveries a bowler can bowl and rules governing how they are to be bowled, it is still a common tactic for intimidating the batsmen. Historically, the West Indian side of the 1980s was an excellent example of this. Their four-pronged pace attack seemed to be able to rattle helmets at will, forcing batsmen into errors they wouldn’t normally make. Due to aggressive bowling, better protection for batsmen has been improved. This does little to lessen the effect of a ball travelling at over 140km/h at your head. Indeed, it has become a rite of passage for those wishing to occupy the opening batsmen berths to be peppered by a few short deliveries. The skill of bowling the perfect bouncer is actively encouraged and is now a staple of any world class fast bowler.