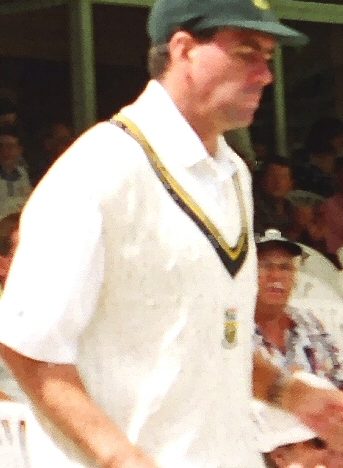 South Africa’s readmission into the international cricketing arena was seen as a godsend for a public struggling to come to terms with the nation’s horrendous past. Sport, in general, became a talking point between different races and religions that normally referred to South Africa as a united country. Sport was even used by the new Mandela-led A.N.C. government to foster feelings of unity. All seemed to be in relative order and, overall, the public stood behind the South African team and its managing body. Transformation was slow; very few black South Africans were receiving national colours and test caps, despite enforced quotas. Transformation, sadly, is still the poisoned chalice conversation in South Africa. Regardless, the national team was getting results and achieved some historic wins. South Africa’s rise was mirrored in the achievements of its captain Hansie Cronje.

After taking over the captaincy from Kepler Wessels, a player and captain who exhibited grit in the truest sense, the public seemed content with the choice. Cronje’s captaincy was defined by a cautious approach. His choices, sometimes boring in their conservatism, came to be relied upon in both difficult away series and some stunning home victories. This had a great influence on him being considered the golden boy of the nation who could do no wrong. I was one of those admirers and had stood in a queue for over two hours to get his signature scrawled onto my bat. Like Icarus, all South Africa’s cricketing hopes were to fall and, like any of Shakespeare’s tragic heroes, a fatal flaw would lead to Cronje’s demise.

Hansie & Hussain: The One Day Test

Centurion Park in Pretoria was the place where Hansie Cronje would sell not only his soul but South African cricket’s soul as well. In January 2000, England was on tour in South Africa and generally have a horrid time of it. Defeats were suffered by the English at Cape Town and Johannesburg. The Pretoria test was set to be a draw. After South Africa had achieved 155/6 on the first day, the following three days were rained out. The sun eventually broke through on the final day and with it came a proposal (with hindsight we know it to be a rather indecent proposal). Cronje approached Nasser Hussain, the England Captain, with the idea that each team would agree to forgo an innings, essentially turning the test into a one day encounter. Cronje maintained that this was done to give the fans, who had braved the potential wash out, a spectacle. The last time this was done in a test was 123 years prior. England would eventually chase down the total set by South Africa to record the win. (The last runs were scored by Darren Gough, who, believing the test a forgone draw, had been out drinking the previous night with golf star Ian Woosnam.)

While in South Africa, we applauded Hansie’s decision to give the spectators what they didn’t even know they wanted, the ICC was more sceptical. This test was the beginning of the process that would eventually shock not only South African cricket but the world. When the Delhi Police Department announced the charges of bribery against our captain in April of 2000, the South African press and public at large came out to defend our golden boy. While Cronje denied the allegations and we defended him tooth and nail, we knew very little about the wakeup call we were about to receive.

Two days after publicly denying that he had any involvement with the Indian book makers listed in the Delhi Police’s docket, Cronje phoned Ali Bacher, the then-Managing Director of the South African cricket board, to admit that he had received between $10,000 and $15,000 to provide book makers with information during a series between England, Zimbabwe and South Africa. Cronje was subsequently sacked as captain and had his contract suspended, pending the outcome of an enquiry.

It was decided by both Government and the relevant cricketing bodies that a commission of enquiry was to be set up to investigate the matter further. Retired judge, Justice Edwin King, was appointed to oversee the matter. What was to follow would be truly shocking. The commission began its work in June of 2000. South Africa had barely been back in the international cricket community for eight years and it had already found itself at the head of a scandal which threatened to derail any progress made.

At the commission, testimony was given by Pat Symcox, who admitted that Cronje had approached him with an offer to throw a game as early as the 1994/95 series with Pakistan. This was not the only nugget of hard truth the South African public had to swallow from his testimony. During a 1996 team meeting, Cronje had announced that he received an offer of $250,000 to throw a one day match in India. Symcox was the first to testify and, as he was seen as an excellent ambassador for the game, his testimony was believed, even by Cronje’s staunchest defenders. No longer could the South African public look at its hero with rose tinted glasses.

It was later discovered by the commission that the test with England was yet another instance of match-fixing – not a noble attempt to please spectators, as we’d been led to believe. Cronje was given over $5,000 and a leather jacket to try to convince England into a final day run chase and to throw the match. Cronje gave a statement to the commission listing all the instances when he had been in contact with bookies and where he had attempted to throw matches. Cronje’s admission assisted in the commission recommending that he receive immunity from criminal prosecution. He was, however, banned from any and all forms of cricket, including coaching, for life.

If there is one positive to come out of the whole sordid affair, it was the future regulations imposed by the ICC aimed at preventing bribery and match fixing. I am not saying that these situations will not occur in the future – just recently, players were caught match fixing in South African domestic leagues and there have been scandals involving the IPL – but the public now knows and has emphasised that the behaviour is intolerable. The Hansie Cronje saga was definitely the point where cricket lost some of its gentlemanly innocence. It is better that the truth has been revealed – but it still leaves a bitter taste in the mouth.