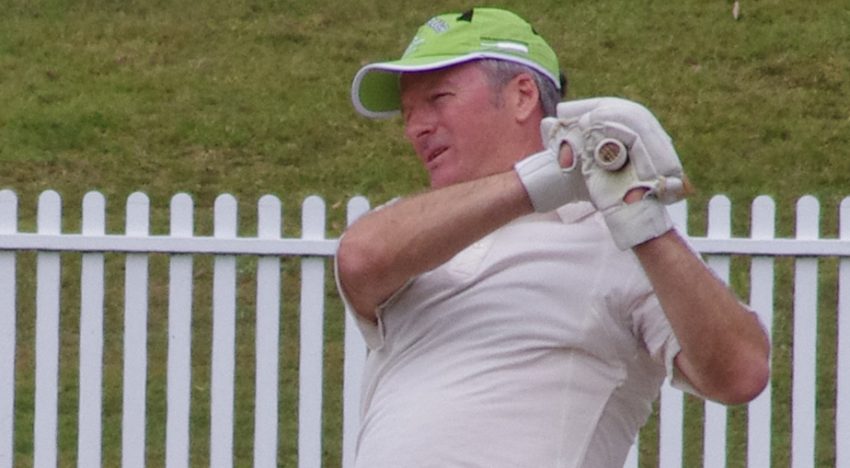 When Steve Waugh was handed the captaincy of the Australian test and ODI sides, he took over from the great Mark Taylor. Impressive shoes to fill, let alone surpass. There was an expectation that Waugh would continue to carry the flame Taylor had ignited. Indeed, during Taylor’s reign, winning had become the ethos of the side and his team’s gritty determination was further entrenched as a hallmark of Australian cricket. I think few would have dreamed of the lofty highs Australian cricket would summit with Waugh at the helm.

When cricket experts, writers, past professionals and critics argue as to which side is the greatest test side the world has ever seen, three teams are always brought up. Those being Sir Donald Bradman’s Australian team of the 30s and 40s, the West Indian team of the 80s, and Steve Waugh’s team that dominated world cricket at the start of this century. A few English and South African teams have flirted with greatness, but never truly left the same kind of mark on cricket history.

Which team is selected from the above three as the greatest is most definitely a subjective choice. As all three were truly great in almost every sense of the word, one has to nit pick. When the West Indians dominated their respective era, their weapon was a frightening pace attack that blew batting sides away with their accuracy and aggression. They could, of course, still back up their bowling with great batsmen like Viv Richards and Clive Lloyd too. The pre-war Australian team had the talents of Bill O’Reilly and Clarrie Grimmett with the ball, and then Don Bradman’s 99 average to back any total posted. All things considered, choosing the greatest test side ever is a thankless task. As Mark Twain put it “comparison is the death of joy”.

If I must choose, though, it would have to be Waugh’s side. The true reason, to be honest, is subjective and lacking a firm logical base. Fortunately, the stats back up my illogical choice. When Waugh’s team came to prominence I was in High School and any series between South Africa and Australia whether at home or down under was met by my friends and myself with equal parts trepidation and excitement. Waugh’s side was the team we loved to hate but could not help but respect. The team sheet itself read like a World XI, names like Warne, Gilchrist, McGrath and Hayden just oozed talent and world beating ability. Whether it was watching at the Wanderers in Johannesburg or waking up far earlier than any mortal should to watch the first ball delivered at the WACA, I knew if South Africa showed any weakness they would be put to the sword. But enough sentiment, this claim needs proving by what cricket lovers the world over revere – statistics.

The Waugh Era in Numbers

Thankfully, my rather subjective view is backed up by a list of rather incredible stats. These cannot really be argued with, as any professional or first class captain can only dream of having achieved such results. While Waugh was captain he oversaw 57 tests, winning a staggering 41 while only losing 9. This meant that Waugh’s win/loss ratio was 4.6. In comparison, Taylor was captain for 50 tests, while winning 26 of those tests, 13 were losses which made Taylor’s win/loss ratio a flat 2. Those are still generally perceived as fantastic stats but when compared with Waugh’s they look average.

Another hallmark of Waugh’s Australian team was their form away from home. Against the top sides of the day Australia played away from home in the period from 1999 to 2007, 35 times boasting a win/loss ratio of 24/7 with 13 of those victories occurring on the sub-continent. Although Waugh retired in 2004 the team he helped mould into cricket’s dominating force continued through to approximately 2007. If it wasn’t for the foundation Waugh built success after his retirement would not have been assured.

For the Australian team of this era, an away win in India was seen as the final frontier, and can be seen as the only jewel not to find its place in Waugh’s crown. The Australians came staggeringly close to Victory in India in 2001, a feat not achieved since the 1969-70 tour. However, a stellar 15-wicket performance from Harbhajan Singh in the final test match at Eden Gardens in Kolkata helped India deny the Aussies a victory. With India now insisting on flat, dead and all round poor quality pitches which deteriorate in a few days, giving spin an unfair advantage, away wins in India look like something not to be repeated.  That being said Waugh did lead Australia to winning 16 consecutive test match wins, which smashed the previous record of 11 set by the West Indies.

Waugh was described by many of his teammates as been an inspirational leader. He never said much and did not dominate captain’s meetings with endless chat. Rather he chose to speak only when necessary and younger team members were said to hang on his every word. Simply put, he aimed primarily to lead through his actions and this showed in Waugh’s on field performances with the bat.

At the end of his career, Waugh boasted a batting average of just over 50, which puts him in elite company (the same class as Andy Flower, Hashim Amla and Jacques Kallis), but it was not just the quantity of his runs, but the manner in which he compiled them which was so impressive. Waugh consistently rose to the occasion and scored runs in the most difficult of conditions all around the world. Not only did he skilfully captain his side to victory, but he contributed mightily with the willow. Thus, the old adage of leading by example almost finds its personification in Steve Waugh.

Another aspect of Waugh’s captaincy, which is perhaps frowned upon by the cricketing gentry (who seem far removed from the modern game), was his grit and seeming desire to be involved in confrontation. This has become a hallmark of the Australian game and, whether it takes the form of sledging or facing up to an opponent and never shying away from the challenge, it appears to be an integral component of their style. At times, this has bordered on physical confrontation, which resulted in fines and other punishment been handed out by officials, but it is simply a part of the modern game. In many ways, it was Waugh who pioneered this ruthless approach.

Test cricket is as much a battle of wills as it is a contest between bat and ball. Waugh knew this and exploited it. A hallmark of any great leader is to know what they have and to use it to the best of their ability. In the world of cricket, Waugh exemplified this and will undoubtedly be remembered as one of world cricket’s finest ever captains.