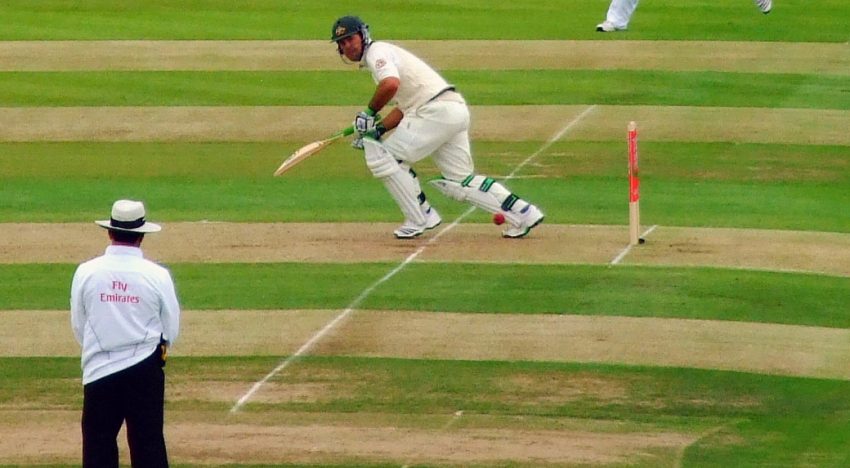 One of the many unique things about Test cricket is the significance of a drawn match. Where in many other sports a game neither side wins can ultimately be a disappointment, with two teams so inseparable that each is robbed of the glory of a victory, in red ball cricket it may have very different implications. One side can completely outplay the other for almost the entire game and still be unable to force home their advantage. Their attempts to do so, and their opponents’ endeavours to cling on, can lead to drama every bit as thrilling as an evenly-matched battle. Some of the game’s greatest ever performances have been with a view to merely salvaging a draw – it is often these circumstances which require the most concentration, technique and application. While there have been many such performances with the bat over the years, here are five iconic examples of players overcoming the odds to struggle to safety from an apparently futile situation.

When Pakistan toured the West Indies in 1958, they were still something of a fledgling Test-playing nation, with just over five years’ experience at the sport’s highest level. Their key player was undoubtedly the diminutive Hanif Mohammad, whose impeccable defensive technique made him a prized wicket for any opposition. Nowhere was this more obvious than in the first match of the series. The talented West Indian side, which included Garfield Sobers, Everton Weekes and Clyde Walcott, had racked up the huge total of 579 for 9 declared having won the toss and batted first. Under pressure to respond effectively to such a total, Pakistan had promptly crumbled to 106 all out, giving them a first-innings deficit of 473 runs as the follow-on was enforced. To get anywhere close to making the West Indies even bat again would have taken no small measure of application, but Hanif determinedly fought back with a legendary innings of 337 as his side compiled 657 for 8, enough to salvage a draw from a seemingly impossible position. There are many incredible things about Hanif’s innings: it remains, by more than 90 minutes, the longest Test innings by time in the history of the game, and was made against a talented bowling side, no less. Perhaps even more notable is the fact that he helped his side, who had been the best part of 500 runs behind following on midway through the third day, to salvage a draw – in a six-day Test match.

New Zealand’s Mark Greatbatch gained a reputation during his 41-Test career as a capable if somewhat inconsistent batsman, averaging around 30 with 3 centuries to his name. However, it is the second of these centuries that will live long in the memory for his ability to hold a talented and aggressive Australian side at bay. Playing a one-off Test match at Perth, so often a graveyard for visiting teams’ ambitions of success, the New Zealanders appeared to be up against it from the very start. Australia, having been put in by New Zealand, made 521 for 9 declared, led by a dominant double hundred from David Boon. To the tourists’ credit, they did not completely capitulate with the bat when they finally got their chance, as Greatbatch led the way with a 220-minute 76. However, once he and batting partner Martin Crowe, who also made a fifty, were dismissed Australia reasserted their dominance, sparking a collapse which say New Zealand fall from 173 for 2 to 231 all out. Following on early on the fourth day, almost 300 runs in arrears, things only got worse for the away side as they fell to 107 for 4, with their chances of staying in the game hanging by a thread. It fell to Greatbatch again to hold off the Australian attack, vastly outdoing even his first innings effort as he made the grittiest of centuries. Supported by Jeff Crowe and the lower order, he stayed at the crease for just shy of 11 hours without being dismissed as his side saw out the final two days of the match to turn a simple Australian victory into a hard-fought draw. Greatbatch, playing only his seventh Test, had occupied the crease for over 14 and a half hours across two innings, an effort that will always be remembered among the great Test fightbacks.

It would be fair to say that for most of England’s 2nd Test away in South Africa in the winter of 1995/96, captain Mike Atherton had been having something of a poor match. He had won the toss, but on a bat-first pitch he had chosen to insert South Africa. South African opener Gary Kirsten likely made Atherton regret his decision early on, making his maiden Test century as his side posted a respectable 332 in their first innings. Atherton, opening England’s innings, was dismissed for just 9 runs courtesy of paceman Allan Donald, as the tourists succumbed for a disappointing 200. South Africa hammered home their advantage, with Brian McMillan going on the attack to register an impressive hundred, to set England the nominal target. More plausibly, they had the best part of 2 days to bat out for an unlikely draw. It was here that Atherton, ever the determined cricketer, came into his own. He remained in the middle for almost 11 hours, soaking up everything the hosts threw at him with an unflappable attitude. Joined by Jack Russell, who batted for four hours for just 29 runs, Atherton saw his side to safety with five wickets in hand with what can only be described at the ultimate captain’s knock.

The climax of the third Test of the 2005 Ashes, and Ricky Ponting’s key role in it, was admittedly just one small part of a thrilling series, and yet the class and technique the Australian captain showed in his match-saving knock make it more than memorable in its own right. Ponting’s side were struggling to keep afloat in the series following a good start, and their opponents took the initiative again in the Test at Old Trafford. England made 444 batting first, as their own skipper Michael Vaughan made an excellent century. Australia’s response was unconvincing from the start, with Ponting falling for just 7. Only Shane Warne’s 90 helped the tourists to the decent total of 302, still 142 behind. England attacked in their second innings with the aim of setting Australia a substantial target, as Andrew Strauss racked up a hundred. At the end of the fourth day, following an English declaration, Australia had just begun their improbable chase of 423. While England took regular wickets, the one man they were unable to dismiss was Ponting. What was particularly remarkable about his rescue effort was that it went far beyond mere obduracy – Ponting played an effective counter-attacking innings, with a technically brilliant approach. He remained positive throughout his knock, making 156 before being dismissed for the ninth wicket just moments before the close of play. However, tailenders Brett Lee and Glenn McGrath managed to see out the final few overs, ensuring Ponting’s herculean effort was not in vain.

Completing the list is another example of a captain leading from the front. In this case Brendon McCullum, a batsman famed for his swashbuckling talents, played a very different kind of innings to that usually expected of him. Despite being 1-0 up in the series against India going into the second and final game, New Zealand, batting first, were rolled over for just 192. India eased into a substantial lead with Ajinkya Rahane’s century the standout performance in a team total of 438. New Zealand, already well behind in the game, appeared certain to suffer a heavy innings defeat when they slipped to 94 for 5, still 152 runs shy of making India bat again. The stage, however, was set for McCullum’s majestic performance. The Black Caps’ captain defied the opposition bowlers in staying at the crease for 775 minutes – or two days’ play. He expertly chose his moments to defend and attack as he compiled New Zealand’s first ever Test triple-century. Supported by excellent centuries from BJ Watling and Jimmy Neesham, McCullum took the game, and any chance of parity in the series, away from India, as New Zealand compiled 680 for 8. If proof was ever needed of how much more there has been to McCullum’s career than power hitting in T20 leagues, this outstanding knock must surely be Exhibit A.