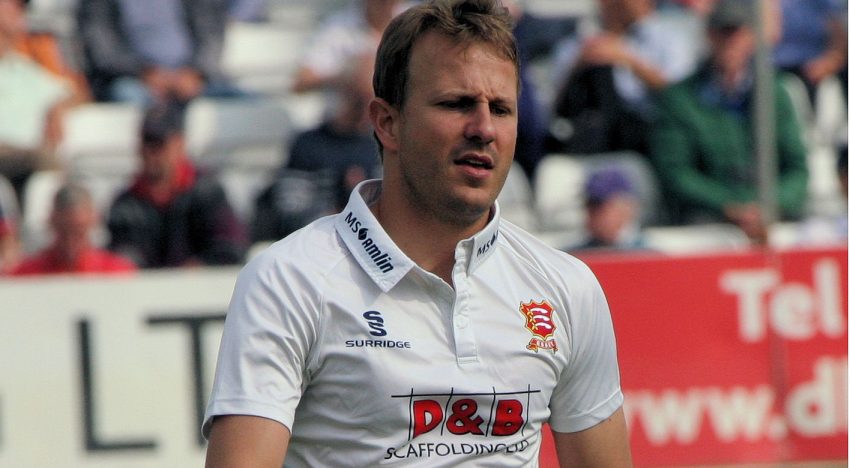 What a year of Test cricket 2017 was with the Australians touring India, the South Africans venturing to Kiwi land, India and Sri Lanka playing six test matches against each other, and the calendar wrapping up with a keenly contested fourth Ashes Test at the hallowed MCG. What makes Test cricket special is that it is an even contest between the bat and ball, unlike the ODIs and T20s, and in 2017 we witnessed some thrilling performances by the bowlers in different conditions. While some were just one-spell wonders, others stood tall throughout the 12 months. Here is our review of 2017’s top 10 wicket takers in the longest version of the game.

The left arm medium pacer from New Zealand had quite an outstanding year of international cricket in 2017. Somewhat of a quiet achiever, Wagner went patiently about his work and bowled at the right channels consistently throughout the 12 months. While his single five wicket haul may seem to reflect a lack of impact, it actually goes to show that he regularly picked up wickets across the 7 Test Matches that he played. His 36 wickets came at an average of 25.47 with best match bowling figures of 9 for 141 against the West Indies in the Test Match at Wellington.

Nobody can keep this tall South African fast bowler out of the action, as he has continued to consistently perform against all opposition batsmen. In 2017, Morkel had to lead the South African attack in the absence of his senior partner Dale Steyn and he rose to the occasion, performing valiantly throughout the year. Morkel picked up 39 wickets in the 9 Test Matches that he played at an average of 23.02 which included one five wicket haul. His best bowling performance in 2017 came in a losing cause against the English side at Lord’s where he claimed 7 wickets for 179 in a high scoring affair.

Yasir Shah has made a habit of foxing very good batsmen with his leg-breaks and googlies. He mixes it up so well that opposition batsmen invariably find it hard to pick him, let alone play him. In spin favouring conditions, Shah is certainly one of the most threatening bowlers to play against. Never scared to give flight to the ball, he has proven that he can pick up wickets when his team needs them most. In 6 Test Matches that he played in 2017 Shah picked up 43 wickets at an average of 28.88. He claimed five wicket hauls in an innings five times during this period with best bowling performance of 9 for 177 coming against the West Indies at Bridgetown.

The South Africans have started taking spin bowling seriously and it is good to see the Proteas with two good spinners. Keshav Maharaj, who at this stage isn’t quite as skilled as his senior partner Tahir, had an ordinary start to his Test career in 2016 but he would take heart from the fact that in his second year in the top league he is among the leading wicket takers. In 11 Test Matches he played in 2017, Maharaj picked up an impressive 48 wickets at an average of 23.41 which included three five wicket hauls. He had his best match figures of 7 for 117 against the Bangladeshis in Potchefstroom.

Stepping into the role as Sri Lanka’s leading spinner after the retirement of Muttiah Muralitharan was never going to be easy. While Rangana Herath didn’t see much success as a skipper in the first half of the year, he excelled in the latter portion, conquering the 400 wicket mark and becoming the second most successful bowler for his country after Murali. Herath didn’t have the best year in terms of fitness with a back problem troubling him, but in the 11 Test Matches that he played he picked up 52 wickets at an average of 27.53 which included 5 five wicket-hauls and two ten wicket match hauls. His superb 11 for 136 runs on a batting friendly Abu Dhabi helped his side win a rare Test Match convincingly this year.

Few predicted that this left arm spinner would become a strong Test Match performer, as his overall skills seemed more suitable for T20, but Ravindra Jadeja has learned to get the most out of his limited bowling abilities and has produced great results for his team. In a year where India played all its matches in the sub-continent, he extracted the maximum out of the conditions and claimed 54 wickets in 10 Test Matches at an average of 23.05. This includes three five-wicket hauls which is not bad for a bowler who often has to bowl under the shadows of his more famous spin bowling partner Ashwin.

The England speedster became the first English bowler to claim 500 wickets in Test matches this year and has been in the form of his life. Most fast bowlers are a shadow of their former selves at 35 but Anderson has just improved with age. In 11 Test Matches that he played this year Anderson claimed 55 wickets at a mind-blowing average of 17.58 which is the best among all leading bowlers in the year. He also had 4 five wicket hauls in the year which is the most by a fast bowler. His menacing 9 for 73 against the West Indies at Lord’s was his best performance in the year.

Ravichandran Ashwin was the leading wicket taker in 2015 and 2016, so going by his standards, he hasn’t had the greatest of years in International cricket! Jokes aside, Ashwin has been constantly improving his game and in 2017 ranks as the third highest wicket taker with 56 wickets in 11 Test Matches. Along with his partner Jadeja, Ashwin has weaved a collective web around opposition batsmen throughout the year making the best of the spin friendly conditions available. An average of 27.58 with two five wicket hauls would make any bowler in the world proud. His memorable 6 for 41 against the touring Australians in the 4th innings in Bangalore was his best bowling performance and helped his side win the game after being one down in the series.

The entry of 20 year old Kagiso Rabada in the year 2015 assured South African fans that their legacy of producing great fast bowlers would continue after the likes of Dale Steyn and Morkel call it a day from International cricket. 2017 will surely go down as the year Rabada took the responsibility of spearheading the attack. In 11 Test Matches he claimed 57 wickets at an average of 20.28 which include 3 five wicket hauls and two ten wicket hauls. His 10 for 63 against the Bangladeshis in Bloemfontein was one of the best bowling performance of the year.

Not too many pundits would have predicted a spinner from Australia to lead the wickets column after the retirement of Shane Warne. Yet this Australian off-spinner continues to grow year after year, out-thinking the batsmen with his flight and loop. Lyon finished comfortably as the leading bowler in Test Match cricket for 2017 picking up 63 wickets in 11 Test Matches with an impressive average of 23.55. This includes 5 five-wicket performances and one 10 wicket match haul. Lyon invariably stepped up when he was needed; his masterful 13 wickets against Bangladesh saved Australia from the humiliation after losing the first Test Match at Dhaka.