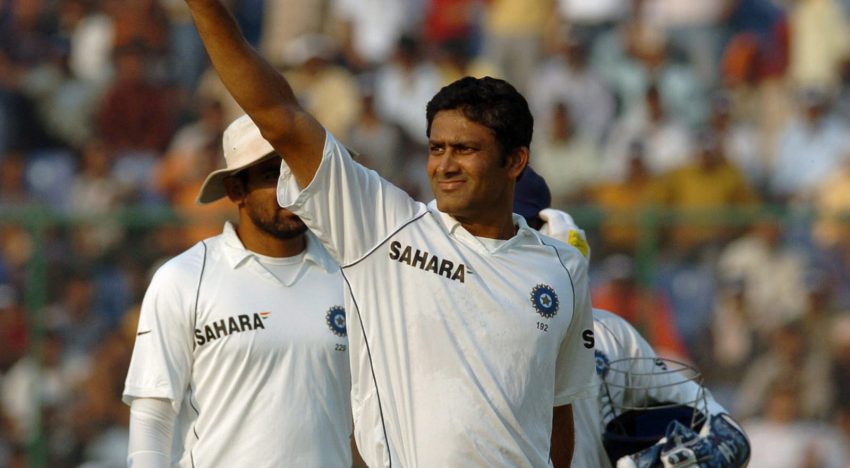 Any list proclaiming to put forward the greatest proponents of anything, whether leg spinners or presidents is doomed to anger more than a few. If I had the time or space I could compile a list of the top one hundred greatest leg spinners of all time and cover all the bases. It would most certainly be a tome filled with reams of statistics. Stats were most definitely taken into account in the writing of this article. Bowling averages, the number of wickets taken versus matches played, and the era when the person played were all considered. This was done in an effort to present a partially unbiased account. However, this list is highly subjective. I have been lucky enough to witness both Anil Kumble and Shane Warne tear through numerous batting orders. The respect and admiration I have for both players mentioned probably means I am more than slightly biased towards them. Thankfully, defending them on this list is fairly easy as they were not only great leg spinners, but excellent proponents of the game in general.

I refuse to place these names in numerical order and name the greatest of the greats listed below as all the players were world beaters in their respective eras. Also I stuck solely to leg spinners – as in, a right arm bowler using wrist spin to get the ball to turn from right to left – to simplify my criteria. So, without further wafting, I give to you my top five leg spin bowlers.

A former English captain said of the Pakistani spin master, “Qadir was even finer than Shane Warne.” High praise, indeed, to be declared better than the person seen by many to be the greatest leg spinner of all time. A quick look at his stats may shine some light on such a bold statement. In his test career for Pakistan, Qadir played 67 matches and took 236 wickets at an average 32.8. More than a few top class bowlers would trade in their numbers for those. One of the reasons he makes it onto this list is that he kept the art of leg spin alive in an era when it was deemed obsolete; when economy was being seen by many as the most important measure of a top class bowler. Qadir changed that view and proved himself a match winner for Pakistan. His career best figures of 9/56 emphasise just what a brilliant bowler he was. Qadir had a wide variety of wicket taking variations at his disposal,  but his googly – the ball which turns the other way to a traditional leg spin delivery – was particularly frustrating to pick.

Often called the ‘Voice of Cricket,’ Benaud came to embody the game in all its facets from batsmen, bowler, and captain to writer, commentator, and thinker. He has been declared next to Sir Donald Bradmen as one of cricket’s greatest personalities. Benaud is the only all-rounder to make it onto this list, as he became the first person to reach the milestone of reaching 2,000 test runs and 200 wickets. He played 63 tests and took 248 wickets at a staggering average average of 27.03. Benaud’s bowling was singularly defined by his ability to keep the batsmen pinned by the first ball. It is such a rare combination to have a miserly, leg spin bowler that it almost seems to fly in the face of tradition. It is Benaud’s embodiment of all things cricket, as well as his stunning ability with the ball that will always get him included on numerous lists of great players for generations.

Sir Gary Sobers, perhaps the greatest all-rounder of all time, said that Subhash Gupte was the greatest leg spinner he had played against. Gupte played at a time when the game was dominated by masters of the willow. That didn’t stop him from claiming rather significant scalps such Sir Gary Sobers, Tom Graveney, Hanif Mohammed, Sir Frank Worrell and Rohan Kanhai. His bowling was defined by his ability to give the ball a lot of flight and turn it sharply. Not content, as most leg spinners are, to have one googly variation, he had two to further confuse and frustrate batsmen. Gupte only played in 36 tests but captured a staggering 149 wickets with a bowling average of 29.55. Sadly, his career was to end unfortunately and rather unfairly, when his roommate A.G. Kripal Singh tried to organise a date with a hotel receptionist using a hotel phone. The receptionist complained which caused a scandal, ultimately resulting in neither player being considered for selection by the board.

Anil Kumble is India’s leading wicket taker – he took an astonishing 619 in 132 tests at an average 29.65. He is also the third highest wicket taker ever, behind Muttiah Muralitharan and Shane Warne, and the second bowler, behind Jim Laker, to take all ten wickets in an innings. He performed that feat against Pakistan with an astounding 10/74 – figures that school boys dream of bowling when playing in the back yard. He achieved all this despite being written off by many early in his career, as he was never a prodigious turner of the ball. His accuracy and a devastating flipper were his biggest weapons while playing on the international stage. He also captained India and after his retirement from international cricket had a short stint as head coach of the Indian team.

Any list of greatest cricketers of all time would be amiss not to include Shane Warne. If one ball could define a single career, Warne bowled it. This delivery has come to be known as the ‘Ball of the Century,’ the ‘Gatting Ball’ or just simply ‘That Ball.’ The ball bowled to Mike Gatting seemed to defy physics. It pitched outside the line of leg stump and turned almost impossibly sharply to clip the top of off stump. The ball is a constant on highlight reels and instructional images the world over (so is the dismayed look on Mike Gatting’s face). Warne’s career stats read as follows: in 145 tests he took a phenomenal 708 wickets at an equally mind boggling 25.41, in an era dominated by Sachin Tendulkar and Brian Lara with the bat. Warne had almost every delivery a leg spinner could possess in his arsenal, from the flipper to the slider to the googly, combined with the ability to change the pace of the ball between deliveries and turn the ball obscene distances. It is no wonder that Shane Warne has been named as one of Wisden’s Cricketers of the Century.