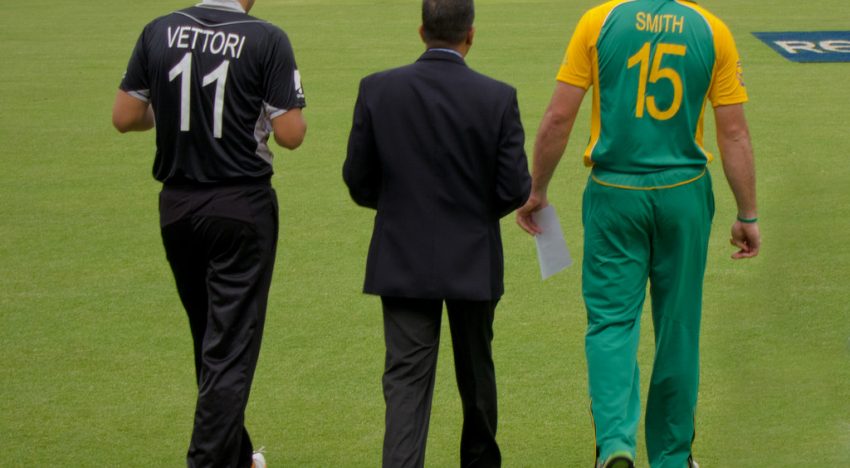 The pitches of New Zealand do not favour spin, but despite this the country has produced many talented tweakers. Spin bowling in New Zealand has become more prominent during the professional era as world class spin bowlers have found their place in the record books. The country’s most successful spinners have mostly been right-arm off spin or slow left-arm orthodox bowlers.

Let’s take a look back at 10 best Black Cap spinners:

Bryan Yuile was an effective left-arm spin bowler for the New Zealand team between 1963 and 1969. He only played 17 Test matches for New Zealand due to his religious views on not playing cricket on Sunday, which were shared by fellow teammate Vic Pollard. This restricted his career at an international level with Hedley Howarth called up as the lead spinner ahead during this time. Yuile would go on to take 34 wickets for his country with his best bowling figures for an innings 4/43.

Vic Pollard was a right-arm off spin bowler who played for the New Zealand Test side between 1965 and 1973 after emigrating from Lancashire, England. As a devout man who was a Baptist preacher, Pollard would not play cricket on Sunday. He played only six first-class matches in New Zealand before selectors promoted him to the national side. Pollard made 32 Test match and three ODI appearances for the Kiwis, taking 40 wickets during his Test career with best bowling figures of 3/3.

One time spin partner of Daniel Vettori, Paul Wiseman made his debut for New Zealand at Test and ODI level in 1998 and immediately impressed. Selectors hoped Wiseman would be able to become a second spinner to Vettori but a lack of variation in his bowling made him a target for batsman later in his career. Still, Wiseman was a more than handy spinner and took 61 wickets at Test level with best figures of 5/82. In the ODI format he took 12 wickets from 15 matches for New Zealand with best figures of 4/45. The off-spin bowler went on to represent his country in the ODI format until 2003 and at Test level until 2005.

Jack Alabaster is regarded by many as the best leg spin bowler New Zealand has produced. Subtle variations in flight, combined with good line and length, were Alabaster’s main weapons against batsman rather than relying on the turn of the ball. He played for his country between 1955 and 1972 in 21 Test matches taking 49 wickets. Remarkably, Alabaster made his debut without any first-class experience but performed well regardless. Alabaster’s best bowling figures from his international cricket career were 4/46 during an innings. On four occasions Alabaster took a haul of four wickets for New Zealand.

While he only played in 10 Test matches for his country, Tom Burtt made a lasting impression during the post-World War Two era with his skilled slow left-arm orthodox bowling. Making his debut for the New Zealand side in 1947 Burtt was a very economical bowler thanks to the consistent accuracy of his deliveries. Despite not having many opportunities to represent his country Burtt still managed to take three hauls of five or more wickets including his career best figures of 6/162. He would only take part in one overseas tour with the national side to England in 1949. Burtt played for his country for the last time in 1953. In total, he took 33 wickets for New Zealand.

Stephen Boock made his debut for the New Zealand Test and ODI sides in 1978. The slow left-arm orthodox bowler performed well taking crucial wickets as part of the first New Zealand team to beat England in a Test series in 1984. His bowling style was more suited to Test matches than the shorter version of the game. In the 30 Test matches he played for his country Boock took 75 wickets with career best bowling figures of 7/87. He played 14 ODI games and took 15 wickets with his best figures 3/28.

Dipak Patel debuted for New Zealand in 1987 in what would become a decade-long international career. Patel’s right-arm off spin became sharper as his career as an allrounder wore on. He is remembered by many cricket fans for bowling the opening overs in the 1992 World Cup against Australia, successfully blunting the oppositions’ big-hitting attack. During his international career Patel played 37 Test matches for his country and 75 ODI games. His best figures at international Test level were 6/50 and 3/22 was his best bowling in the ODI format. Patel took 75 Test wickets and 45 ODI wickets.

Hedley Howarth was left-arm orthodox bowler for New Zealand between 1969 and 1977. Howarth was a work-horse for the team, called on to bowl long spells as the lead spin bowler. Howarth was a main figure in New Zealand’s first win away against India, taking a five-wicket haul to put his team ahead. His best figures at Test level are 5/34 and 3/29 in ODI format. During his career Howarth took 86 wickets during the 30 Test matches he played for his country and 11 wickets in 9 ODIs matches for New Zealand.

The right-arm off spin of John Bracewell was a feature of the New Zealand Test and ODI teams throughout the 80s. He made his debut for the New Zealand Test side in 1980 and in the ODI format in 1983, retiring from international cricket in 1990. Bracewell was the first New Zealand spin bowler to take a 10-wicket haul for the Black Caps. His best bowling figures are 6/32 at Test level and 2/3 at ODI level. He played 41 Test matches and 53 ODIs for his country, taking 102 and 33 wickets for his country in the two formats.

An 18-year-old Daniel Vettori burst onto the international cricket stage in 1997 and remains the youngest debutant for New Zealand. He is not only regarded as the best spin bowler New Zealand has produced but one of the greatest to play the game. With his left-arm orthodox spin, which weaponised different variations against batsmen, Vettori was one of few bowlers to take more than 300 wickets at international level. During his Test career Vettori took 20 10-wicket hauls also taking three in the ODI format. His best figures are 7/87 during an innings at Test level, 5/7 in ODI format and 4/20 in T20. After almost two decades of playing for his country, including captaining the Black Caps across all formats, he retired from his international duties during the 2014/15 season.