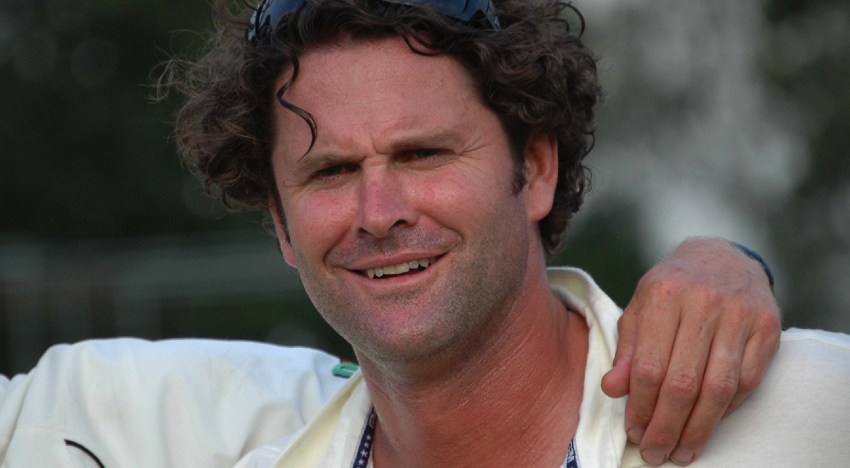 In the winter months, New Zealanders spend their time worshipping rugby union, but in summer cricket takes the mantle. The green pitches of New Zealand have always encouraged fast bowling. The speed, swing and bounce that can be produced on these surfaces have led to the development of many fine fast bowlers, who have proudly become part of the Black Caps’ history.

Bruce Taylor was an all-rounder for the New Zealand side between 1965 and 1973. Taylor created movement with his fast bowling and at 6 feet 3 inches slogged runs like he was in a hurry. As a bowler Taylor could make the ball seam either way, leading to 111 wickets in Tests including four five-wicket hauls and four wickets in the two ODI matches he played. Upon retirement, Taylor had a Test bowling average of 26.62 and best figures of 7/74 from 20.3 overs.

A fearsome fast bowler of the 1960s, Dick Motz was the first New Zealander to take 100 wickets for his country. Debuting for New Zealand in 1961, Motz would go on to play 32 Test for his country before retiring in 1969. His career ended prematurely after he was diagnosed with displaced vertebrae at the age of 29. Motz took five five-wicket hauls during his representative career with best bowling figures of 6/63.

Shane Bond’s career was plagued by injury, but he still leaves behind a legacy as one of the best fast bowlers New Zealand has produced since Sir Richard Hadlee. He made his first appearance for the New Zealand side in the 2001 Test against Australia. Shortly after, he made his debut in ODIs in 2002 and T20 in 2005 before retiring in 2010. As a fast bowler, Bond could clock speeds of more than 150 km/h while maintaining superb control of the ball. He played 18 Test matches for New Zealand taking 87 wickets including five five-wicket hauls and best figures of 6/51. In his 82 ODI matches for his country, he snared 147 wickets with his best figures being 6/19. He also claimed 25 wickets in 20 T20s for New Zealand.

Ewen Chatfield was the work-horse of the bowling attack for New Zealand from 1975 to 1989. He would go on to form a decade-long bowling partnership with Sir Richard Hadlee during his career. Despite his outstanding bowling, one of the most memorable moments of his tenure was probably his Test debut when he was knocked unconscious by a bouncer from England bowler Peter Lever while batting at number 11. More impressively, though, Chatfield was part of the team that beat the West Indies in 1980 during their era on dominance in world cricket. During his career, Chatfield played 43 Tests for his country and 114 ODI matches. He took 123 wickets at Test level including 3 five-wicket hauls and a 10-wicket haul. In the ODI format, he took 140 wickets including one five-wicket haul.

Danny Morrison made his debut for New Zealand in 1987 in both Test and ODI formats and continued to play in the national side for the next 10 years. Morrison bowled with a sling motion and was known to produce an excellent outswinger. His ability to move the ball was key to his success and he regularly made the batsman’s time in the middle difficult. Morrison took 160 wickets during his 48-match Test career including 10 five-wickets hauls. His best bowling figures at Test level are 7/89 during an innings. In the ODI format, Morrison took 127 wickets for his country including two five-wicket hauls.

Although he only played nine Test matches for his country between 1937 to 1949, due to World War Two, Jack Cowie remains a legend of New Zealand cricket. Cowie was an accurate bowler who could swing the ball well and used his off-cutter delivery as a strike weapon against batsman who faced him. His stand out year was 1937 when, during a tour of England, he took 114 wickets with an average of 19.95. When New Zealand faced South Australia, during a match while coming home from the 1937 tour of England, Cowie took the wicket of Don Bradman with his first delivery to the legendary Australian batsman. Cowie claimed 45 wickets during his Test career at an average of 21.53. Despite his limited career he still managed to take four five-wicket hauls and one 10-wicket haul.

Chris Martin is remembered for his talent as a fast bowler as much as terrible batting performances! Debuting for New Zealand in 2000, Martin would go on to play for his country for 13 years in Test matches. He played his last games in ODI and T20 in 2008. Martin is the third highest wicket taker for New Zealand in Test matches with 233 wickets in 78 Test matches, including 10 five-wicket hauls and one 10-wicket haul. In the 20 ODI matches he played for New Zealand, Martin took 18 wickets and also bagged seven wickets in six T20 matches for his country.

Behind Sir Richard Hadlee, Chris Cairns is arguably the best all-rounder to play for New Zealand. Like Hadlee he is also the son of a former Black Cap, Lance Cairns. Chris’s name makes many appearances in the records of New Zealand cricket due to his excellent fast-medium bowling and incredible batting abilities. He made his debut for the New Zealand Test side in 1989 and in the ODI format in 1991 and, despite injuries, he would go on to play cricket for his country at Test and ODI level until 2004 and 2006, respectively. During his 62-match Test career Cairns took 218 wickets including 13 five-wicket hauls and one 10-wicket haul. His best figures during an innings are 7/27 against the West Indies in 1999 and he is one of only five New Zealand bowlers to take more than 200 wickets at international Test match level. Playing for New Zealand in 215 ODI matches Cairns took 201 wickets with one five-wicket haul with best figures of 5/42.

For more than a decade from 1965 to 1978, Richard Collinge was an intimidating figure in the New Zealand team. At 6 feet 5 inches the left-arm cricketer was a consistent bowler for his side producing delivery after delivery of good line and length aided by a late swinging of the ball. Collinge was the bowler who instigated the collapse of the England batting line up in 1978 that lead to New Zealand’s first win against the mother country. He played 35 Tests and 15 ODI matches for New Zealand and, at the time of his retirement, was the bowler with the highest number of wickets for his country. Collinge took 116 wickets at Test level including three five-wicket hauls and 15 in the ODI format.

The greatest cricketer that New Zealand has ever produced and one of the best of his generation, Sir Richard Hadlee holds many records for his remarkable right-arm fast bowling. The son of former New Zealand captain Walter Hadlee, Sir Richard had cricket in his blood. He made his debut in Test and ODI formats for his country in 1973 and had a long successful career before retiring in 1990 at the age of 39. Hadlee was a key part part of the New Zealand bowling attack that secured the country’s first Test win against England in 1978. From the 86 Tests he played for New Zealand, he took an astonishing 431 wickets – a world record at the time. Aside from the pace and bounce he could produce from a pitch, it was the movement of his deliveries, including a devilish outswinger, that allowed him to send international batsmen back to the changeroom in quick succession. Throughout his career, he secured an amazing 36 five-wicket hauls in Tests and five five-wicket hauls in the ODI format. Add to that the nine occasions on which he took 10 wickets in a Test match and you start to get a picture of why Sir Richard Hadlee is not just New Zealand’s greatest bowler, but one of the finest fast bowlers the world has ever seen.