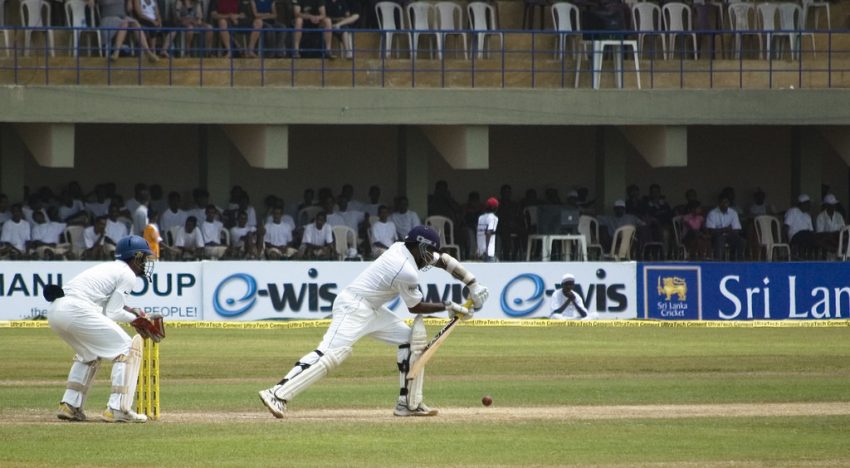 Once dubbed as ‘minnows’ in world cricket, the Sri Lankan cricket team is one of the most formidable opponents on the circuit today. While their performances in limited overs cricket have been phenomenal, with one title and two final appearances in ODI and T20 cricket, they are also a great Test side. Achieving Test status in 1982, the Sri Lankans have come a long way after initial disappointments. The side has produced stars and enthralled spectators across the globe. Here we take a look at ten of the best test batsmen to have emerged out of the island nation who have scripted several victories both at home and on foreign soil.

At No. 10 we have Hashan Tillakaratne, one of the island nation’s most dependable batsmen during their formative years in the big league. Starting his career as a wicketkeeper batsman, he was known to be a crease occupier, often frustrating the opposition bowlers who had managed to create havoc at the other end. While he lost his place in the team post the 1996 World Cup triumph, he made a determined comeback scoring 5 of his 11 test centuries in the golden phase of his career. Tillakaratne finished with 4,545 runs in 83 Test matches with an impressive batting average of 42.87 making him one of the best batsmen to ever represent Sri Lanka.

It isn’t too often that a player batting at No. 6 or No. 7 makes it to the list of the best Test batsmen in any side. But Angelo Mathews belongs to a different league and has constantly been performing for his team, often playing important innings to see his side out of trouble in the longer version of the game. Perhaps the best fast bowling all-rounder to play for Sri Lanka and one of the best of his generation, he defines athleticism and exuberance on the field. In 65 appearances, Mathews has scored 4,470 runs at an average of 46.08 with 7 international hundreds – something which would make many top-order batsmen envious

If you haven’t followed Sri Lankan cricket closely, you may find it hard to recall Samaraweera or his notable performances. But this crafty batsman was solid in front of the wickets and didn’t mind playing second fiddle to other stars in the batting line-up. His patience and the ability to play long innings while building partnerships stood out. He will forever be remembered as one who took a bullet hit while the team bus came under fire in Pakistan in 2009. After being out for three months, Samaraweera made a return before ending his career in 2013. He made 5,462 runs in 81 Test matches at an impressive average of 48.76 which included 14 hundreds including two double tons.

Exciting is perhaps the only word that could define this man, who wouldn’t just attack the opposition bowlers, but would destroy them. An explosive opener with strong wrists, he was equally at ease taking on the fast bowlers as well as the spinners on different types of wickets. But to cast Dilshan only in the mould of a ‘slam bang’ cricketer would be wrong, as he was quite an elegant player to watch with quality wrist work and superb stroke play. In 87 Test match appearances Dilshan made 5,492 runs at an average of 40.98 with 16 hundreds to his name.

When Arjuna Ranatunga started his career there wasn’t much inspiration at home to look up to. By the time he finished, the Sri Lankan team was a different lot all together. Ranatunga is credited with having scored the first half-century for Sri Lanka at the age of 18. While he wasn’t the most gifted player in terms of stroke play, he made the most out of his limited abilities, producing 5,105 runs in 93 Test matches at an average of 35.69. But looking a Ranatunga purely from the perspective of a batsman would be undermining his contribution to the game. He was the Clive Lloyd of Sri Lanka, turning a team that carried the ‘nobodies’ tag into world beaters.

Marvan Atapattu was one of the most stylish batsmen to have come out of Sri Lanka. He was the antithesis of his opening partner Jayasuriya. Sweet timing, deft touch and magnificence with the wrists defined his batting. But his test career got off to a disastrous start when he made 0, 0, 0, 1, 0 and 0 in his first six test innings! He was dropped after every appearance and made runs at the domestic level to earn a recall and the script didn’t change. Logically, he shouldn’t have played International cricket but the Sri Lankan selectors wisely showed faith in his talent and persisted with him. By the time he hung up his boots, Atapattu had made 5,502 runs in 90 Test matches with 16 centuries and a healthy average of 39.02

It may sound unbelievable to many but Sanath Jayasuriya started as a spinner who could bat a bit. That remained the status quo during his formative years at the International level. But once he earned his place at the top of the order Jayasuriya instilled fear in the minds of opposition bowler with his aggressive and no nonsense style of play. He could bat oppositions out of the match in a session or two, such was his hitting ability, with his strong wrists allowing him to go over the top of the field on both sides of the wicket – often making opposition captains appear foolish. He scored 6,973 runs in 110 Test appearances which included 14 hundreds and came at an average of 40.07. His top score of 340 was a particularly memorable display, where he was involved in 576 run stand (second highest partnership ever) with Roshan Mahanama and led his team to a total of 952 runs which remain the highest ever single innings score to date.

There are not too many hard hitting batsmen like Aravinda de Silva that have emerged from the subcontinent. A great entertainer, his brutal batting would have made the golden generation of West Indian cricketers proud. A fearless batsman, he would cut and pull the fastest bowlers on the circuit fearlessly and make the spinners bowl to his advantage. Irrespective of the conditions, de Silva would come out with all guns blazing and took on the opposition fearlessly. He belonged to the revolutionary guard of Sri Lankan cricketers who turned the minnows into world beaters. Aravinda finished his career with 6,361 runs at an average of 42.97 with 20 hundreds in 93 Test Matches.

Mahela Jayawardane is second on the list of most successful Test batsmen for Sri Lanka having scored 11,814 runs at an average of 49.84 in 149 appearances, which also makes him the eighth most successful batsmen in Test cricket history. He was an out-and-out classy batsman who had the ability to milk bowlers irrespective of the conditions. He could play the pacers and spinners with equal ease; his mastery over slower bowlers was one of the best sights on a cricket field. His career best 374 came against South Africa where he was involved in a 624 run stand with Kumar Sangakkara (the highest ever partnership in Test cricket) which also is the 4th highest score in Test cricket history.

With 12,400 runs in 134 Test Matches at a marvellous average of 57.40, Kumar Sangakkara is the fifth highest run scorer in Test cricket history. And there is no doubt that he is the best ever Test batsmen to have come up from the island nation of Sri Lanka. When he made his debut at the age of 22, sparks of brilliance could be seen in the young batsman. He had the natural southpaw’s elegance with a range of strokes on either side of the wicket. A prolific scorer, Sangakkara finished with 36 international hundreds to his name, which included 10 double hundreds and one triple ton against Bangladesh. As a wicketkeeper, he also had more than 150 dismissals to his credit making him the second most successful gloveman for the country.