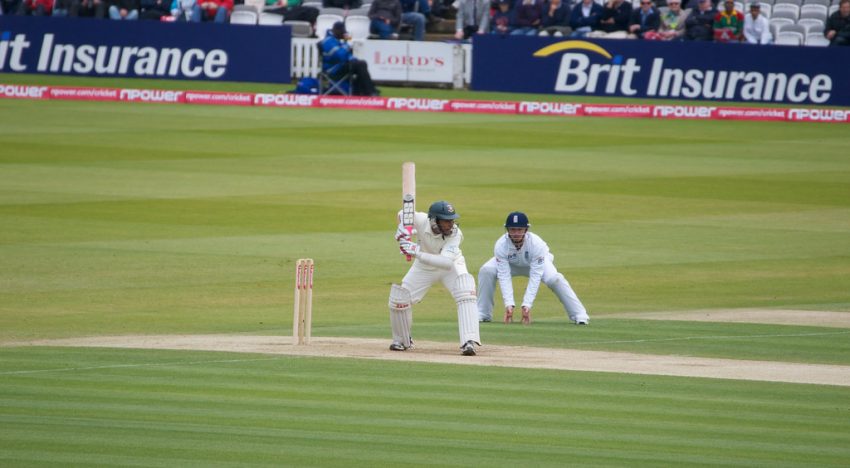 Following the footsteps of their Asian cousins, Bangladesh forayed into international cricket three decades ago. But their early years were no romantic story, as they often set new benchmarks for all the wrong reasons on the world stage. After being granted Test status the team took five years and 35 test matches to register its first win and most pundits criticized their premature advancement to the top level. While they had caused major upsets in ODIs every now and then, their record wasn’t anything spectacular till about a couple of years ago. But since the 2015 World Cup the side has made habit of coming up with inspiring performances and beating the best in business. Nonetheless they have produced some exciting talent over the years and here we take a look at the 10 greatest cricketers who have played for the side.

At No. 10 we have the one and only Akram Khan. While his 1,235 runs at the top level, with 5 half centuries, may not excite the statisticians he was one of the first major stars of Bangladesh cricket. It was the efforts of the people like Akram Khan in ICC Trophy and other tournaments among associate nations that helped Bangladesh gain ODI and Test Status. He was the mainstay of the Bangladesh line-up throughout most of the ’90s and played many memorable knocks for the country. It was under his captaincy that Bangladesh took the first big strides in International cricket and earned their spot as a Full Time member of the ICC.

Like Akram Khan, Aminul Islam was also one of the early stars for Bangladesh cricket during their initial days as a Full Time ICC member. He captained the team during the 1999 World Cup where the team caused one of the biggest upsets in ODI cricket defeating Pakistan in the group stage of the tournament. Aminul was one of the most dependable middle-order batsmen for the country during his playing days and had the honour of scoring the first test hundred for Bangladesh in their inaugural test versus India. He finished with 1,324 runs in Test and ODIs and retired as one of Bangladesh cricket’s biggest heroes.

There are some cricketers who establish themselves as stars inspiring millions before their fall from grace. The name Hansie Cronje immediately comes to mind. Well Bangladesh cricket has its own Cronje in Mohammad Ashraful, who was seen as the next big star when he made his debut as a teenager and became the youngest batsmen to ever score a Test hundred. His century against the mighty Australians at Cardiff, triggering one of the biggest ever ODI upsets, became a part of folklore. When the news of his involvement in match fixing came out, most fans were in utter shock. But Ashraful had done his country proud prior to this incident scoring more than 6,000 runs and 9 international hundreds is still one of the best batsmen to have represented Bangladesh.

Mohammad Rafique is arguably one of the best spinners to have ever played for Bangladesh and was regular part of the playing XI in both Test Matches and ODIs. Rafique was a classical left-arm spinner who wasn’t afraid to flight the ball against even against the best batsmen in the world. He was no mug with the bat either, having scored a Test Match hundred against the West Indies batting at No. 9 and also 77 in Bangladesh’s first win over Kenya. Rafique holds the record of being the first Bangladeshi to reach the 100 wicket mark in Test cricket and also took 125 wickets in ODIs. With the bat he made more than 2,000 runs at the top level and was a dependable batsmen lower down the order.

Mushfiqur Rahim was just 16 when he made his test debut in Bangladesh’s first ever Test match tour to England. While he suffered an injury in the first Test, he played a strong hand in the practice matches and showed sparks of brilliance with the bat. After his comeback the following season, he cemented his place in the side as a strong middle order batsman and wicketkeeper both in Test and ODIs. His impressive show earned him the captaincy at the young age of 24. Mushfiqur holds the record of scoring the first double hundred for Bangladesh and is the most successful wicketkeeper to play for the country. At 30 he is still going strong and has scored over 8,000 runs including 9 hundreds and has effected more than 300 dismissals behind the stumps.

Like most other cricketers who played at International level during the team’s infancy, Habibul Bashar doesn’t have the most inspiring stats. But there is more to this man than his batting average or the number of runs he scored. He was a rock solid middle order batsmen who would often play a seasoned campaigner’s knock holding one end. He was rechristened as ‘Mr Fifty’ after he made series of impressive half-centuries. What separated him from others in the dressing room was his range of strokes, as he could play the pull and hook fearlessly against the fastest bowlers – something rare among his teammates. He holds the record of scoring the first Test half century by a Bangladeshi batsman. He finished with more than 5,000 international runs and had three tons to his credit.

Bangladesh has never been short of left arm spinners and Abdur Razzak carried on the legacy of Rafique and troubled batsmen around the world with his teasing line and length. A tall man with a high arm action he was a text book spinner who would always come at the batsmen with flight and loop. Razzak was a fearless spinner and always took on the batsmen at the other end irrespective of their stature. This is a rare sight to see in today’s cricket with most spin bowlers happy containing batsmen rather than going after them. While his Test career never really picked up he is one of the best ODI bowlers to have played for the country picking up 207 wickets at an average of 29.29.

The first genuine quick bowler to play for Bangladesh, Mashrafe Mortaza made a grand entry into the big league where he impressed the world with his ability to bowl fast even on the most placid wickets. His inspirational leadership is credited for Bangladesh’s rise from minnows to world beaters in the last couple of years. He was groomed by the legendary Andy Roberts in his early days and has emerged as one of the best fast bowlers on the world stage. Mortaza has battled many injuries throughout his career and yet come out stronger than ever. With more than 350 wickets across the three formats of the game he is one of the most successful bowlers for Bangladesh and one of mainstays of their line-up.

Tamim Iqbal is surely the best batsmen to have represented his country so far. But it isn’t the runs he scores but the manner in which he takes on the opposition bowlers that puts him above rest. A typical southpaw with elegant shots both sides of the wicket, he is an amazing sight to watch when in full flow. Having started his career for a team that was dubbed ‘minnows’ Tamim soon stroked his way to success playing explosive innings upfront. He became the first every batsmen from the country to cross the 10,000 run mark on the international stage and has so far scored 18 international hundreds. Today he is one of the most feared opening batsmen in the world and continues to dominate the bowlers.

Shakib Al Hasan is one of the leading all-rounders in world cricket and the best cricketer to represent Bangladesh. He has bowled many inspiring spells for his country and made stellar contributions with the bat in the middle order. With more than 470 international wickets to his name, Shakib is the highest ever wicket taker and the second highest run scorer in Test and ODIs for Bangladesh. He is one of driving forces powering Bangladesh’s golden run on the world stage, performing when his team needs him the most. But it isn’t just his on-field performances that make him the greatest ever Bangladeshi cricketer; his captaincy and off-field professionalism puts him above the pack. Shakib is one of the most sought after cricketers in the T20 leagues around the world and we haven’t seen the best of him yet.