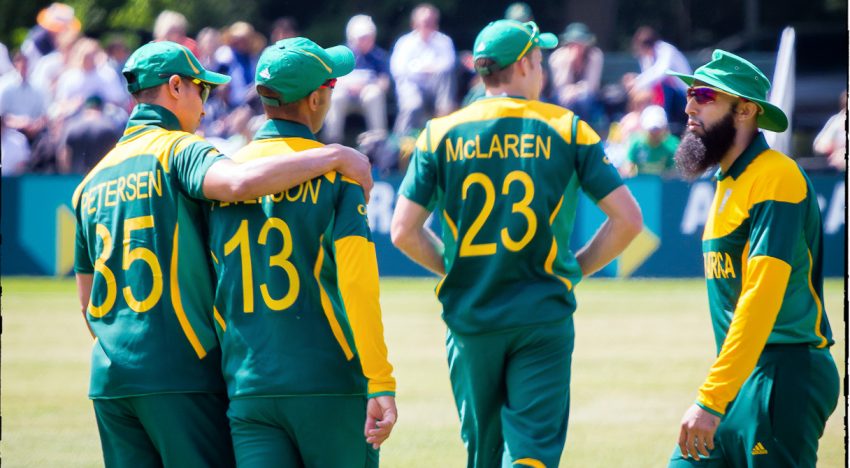 The Proteas have gone through it all when it comes to World Cups. Whether it’s been bad luck, an implosion or Messrs Duckworth and Lewis playing havoc, the Proteas have seen and experienced it all. However controversial the South African story has been at World Cups, there have been moments of complete and utter brilliance by individuals that have almost been enough to get South Africa over the line and win that elusive trophy. Some of these efforts should have been more than enough to win group and quarter-final games, whilst others have just been breathtaking feats of individual brilliance. These are the moments and performances that the Proteas have stunned the world with.

After a Sachin Tendulkar century put India into an almost unbeatable position during an opening group game, South Africa were staring down the barrel as they came out to bat. An unsurprisingly partisan crowd greeted the Proteas openers as they entered the arena again. Playing India in India is one of the toughest asks in world cricket. On the grand stage of a World Cup there is no place to hide. After a valiant attempt from the Proteas it came down to the last over with 13 left to get. With the chokers tag hovering over them Robin Peterson stepped up and took complete responsibility. Ashish Nehra came steaming in and what followed was carnage as Peterson ended the game with 2 balls to spare. The home crowd could only look on in anguish as the man from Cape Town hoisted Nehra high and handsomely over wide long on for six. A truly sensational turn of events and big match temperament of the highest class helped the Proteas silence the doubters.

Imran Tahir has been a beacon of hope to all South African fans for the last 6 years. He has changed the minds of even the most ardent supporters of South African fast bowling; the nation now finally believing again in the art of spin. When he took the ball against the West Indies at the SCG during an early group game, he was ready to spin a web. Chasing 408 to win, Imran Tahir singlehandedly dismantled the West Indian line up as he took 5/45 in his ten overs. They simply didn’t have an answer for his guile and skill. Helping South Africa to win by a mammoth 257 runs which is the second highest winning run total by any team in world cup history.

When South Africa met the Netherlands in an early group game in 1996 in Rawalpindi, there was a sense of excitement around. The Dutch opening bowlers could swing the ball up front and posed a potential banana skin to the Proteas campaign. Any doubt was soon put out the window as Andrew Hudson began putting together a career best score. When he eventually got out in the 4 1st over, Hudson had notched up 161 in 132 balls, a truly phenomenal feat and one that was ahead of its time – scoring at above a run a ball was unheard of during the 1996 edition. In many ways Hudson blazed the trail and on that day helped South Africa win by 160 runs.

There was a great feeling around the South African camp before the Australian semi final at Edgbaston. A real belief was running through the side and this presented a great chance to finally put that awful ‘chokers’ tag to bed. The Proteas started well and managed to skittle the baggy greens out for a rather modest 213. Chasing that score in today’s modern game would have been a doddle one thinks. In true Proteas fashion, they made a molehill into not only a mountain, but an Everest-sized one. All hoped looked gone as Lance Klusener walked to the wicket. What followed was an act of defiance as Klusener heaved and hoisted the Australian attack to all parts of the ground. Still, wickets fell around him as he valiantly tried to get his side over the line. With 9 wickets down and one over to go the Proteas needed 9 runs to win. Fleming was tasked with the final over. He came steaming in and saw his first ball dispatched to the boundary, now only 5 needed off five. His second ball was hit with as much vigour by Klusener and also ended up going for four. From facing a certain loss South Africa had done the impossible and now only needed one run to win from 3 balls. A tie wouldn’t be good enough as Australia had a better net run rate. Klusener had now hit 31 off 14 balls and the Australians looked shell shocked. Fleming steamed in once more and Klusener punched him down the ground for the winning single, the crowd erupted as ‘Zulu’ ran to the bowler’s end. The deafening roar from the crowd was all too much for Allan Donald at the non-striker’s end. In the blink of the eye both South African batsman were at the same end and Gilchrist was whipping off the bails, as a sea of yellow shirts occupied the pitch, jumping in sheer disbelief and relief. Despite that loss, Klusener was named man of the tournament. His monumental effort should have been enough.

When South Africa faced the Netherlands in a super 6 game in St Kitts there was an expectancy that South Africa would post a big score. They won the toss and the fireworks immediately began. Herschelle Gibbs was in uncompromising form and started to launch the attack to all sides. When Dan van Bunge started his run up to bowl he 30th over no one knew that history was about to be made. The next 6 balls went for 36 runs as the man from Cape Town hit every delivery for 6 runs. It was the first time it had ever been done in an international game that every ball had gone for a maximum. A truly exceptional effort that also ended up with a million dollars being donated to charity thanks to the generosity of Johnny Walker.

The watching world eagerly awaited the Proteas return onto the world stage after international sporting sanctions kept them from participating in the previous World Cups. They needed to beat Pakistan in their last group game to progress to the semi-final. Pakistan were chasing a revised target of 194 in 36 overs after rain had affected the game. Cruising along and on course for victory in the 31st over, Inzamam ul-haq tried to heave McMillan for 6 but instead missed and tried to scamper through for a run. Imran Khan sent him back as the ball fell to Rhodes at point. What happened next changed fielding as we know it. Jonty Rhodes refused to throw it and instead charged down the stumps. Flying through the wickets he had managed to run ul-Haq out and set South Africa on course for victory and a spot in the last four. That was the iconic fielding moment that changed cricket for good.

There weren’t many magical moments for South Africa in the 2003 World Cup as the hosts exited in the first round. Herschelle Gibbs’ 143 off 141 balls against New Zealand at the Wanderers, though, was simply sensational. Going at over a run a ball he breathed life into South Africa’s World Cup hopes. Having hit 19 fours and 3 sixes it looked like the Proteas were on course for a much needed victory thanks to Gibbs. A shambolic fielding display saw them lose. That innings will stand out for years to come as one of the best individual performances on a losing side. Gibbs deserved a lot more. The electricity around the Bull Ring that day will always be remembered.

Shaun Pollock’s 5 wicket haul against Australia in the 1999 semi-final was one of the best bowling performances ever seen. He showed an incredible amount of skill and accuracy during what was a very tense situation. He swung it both in and away from the batsman and eventually finished on figures of 5/36 runs, going at 3 an over. Pollock singlehandedly put his side in the box seat as the batsman went out to bat chasing 213. Had South Africa won that game it would have been remembered for the ginger ninja’s exceptional efforts with the white ball. History isn’t kind to the star performers from South Africa on that day, but it still remains that Shaun Pollock was superb.

Playing against the United Arab Emirates was never seen as a tough game for the top nations. When South Africa faced them on February 16th 1996 in Rawalpindi a win was expected. The old saying that ‘you can only beat what is in front of you’ applied as many upsets had already happened at this World Cup. What Gary Kirsten did over the next 4 hours was nothing short of phenomenal. In the hot Rawalpindi sun he went on to set a World Cup record score that would stand for 19 years. His 188 not out was a symbolic knock and will live long in the memory of all South Africans. He carried his bat throughout the 50 overs and scored at more than a run a ball. Not just a great South African knock but also an iconic World Cup innings.

Coming into bat in the 29th over of a World Cup game seldom gives any batsman the chance to get 100 – but AB de Villiers is unlike any other batsman around. During his innings he faced 66 balls and made a staggering 162 runs. Going at a strike rate of 245 he hit 17 fours and 8 sixes. It was breathtaking viewing as he launched the West Indian bowlers one by one over the boundary ropes. No bowler was safe and neither were the spectators sitting on the other side of the ropes. It was carnage, but it was calculated carnage – at no point did you think that he was in danger of getting out. His genius knows no bounds and he makes the impossible a very real and enthralling reality. No South African had ever showed this type of x-factor in a World Cup game. AB’s efforts helped South Africa win by 257 runs. A monumental day in South Africa’s World Cup history.