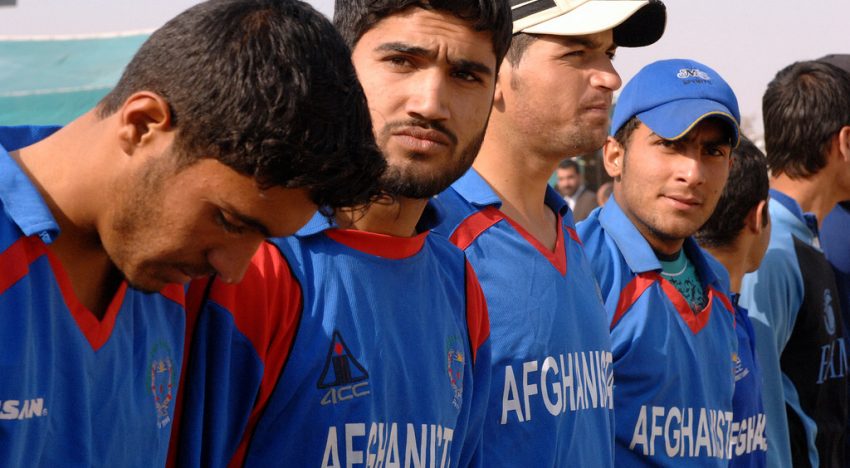 The chances of either Afghanistan or Ireland playing Test cricket seemed slim before the ICC conferred Test status on both of them earlier this year. Until then, it had seemed as if only one would get a chance to play against the lowest-ranked team, but now both are essentially fully fledged members of the Test-playing fraternity.

And not a moment too soon.

It has been a long road for both nations. For Ireland, it is the realisation of their strategy to become a Test-playing nation by 2020. When they first revealed the goal, it seemed far-fetched, but they have achieved their dream.

Afghanistan have risen from almost nowhere, winning through the World Cricket League structure to earn One-Day International status as their first stepping stone. Then they proved they could keep playing at a high level, as the recent World Cup and ICC World T20 tournaments confirmed.
Both have had to work hard on setting up the domestic and administrative structures demanded by the ICC.

Awarding Afghanistan and Ireland Test status came as part of several wide-ranging ICC reforms in June. “I’d like to congratulate Afghanistan and Ireland on their Full Membership status which is the result of their dedication to improving performance both off and on the field resulting in the significant development and growth of cricket in their respective countries,” ICC Chief Executive David Richardson said.

“Both have clearly demonstrated they meet the new criteria and as such have made the progression to Full Membership.”

As Full Members, they will receive increased funding, taking a share of the US$240 million set aside for the teams outside of the other 10 Test-playing nations. In playing terms, both sides must now complete their ICC Intercontinental Cup commitments.

When the tournament began, teams were competing for the chance to play off against the bottom-ranked Test side for the opportunity to play Test cricket. Afghanistan and Ireland are the runaway leaders but rather than hoping to reach the now-defunct ICC Test Challenge, they can start to use the remaining fixtures to prepare for life as Test-playing nations.

The last round of fixtures is in November or December this year, so it is unlikely that either side will play a Test before then.

Ireland – and Afghanistan, for that matter – would love to have their first Test at Lord’s against England but may have to settle for something less grandiose or romantic.

Furthermore, the ICC desperately wants to give Test cricket some context and force the top nine teams to play each other over a two-year period. As Afghanistan, Ireland and Zimbabwe are outside that structure, they are likely to start life as Test nations by playing mostly among themselves.

However, it is easy to see Ireland playing fixtures against sides that tour England while Afghanistan would surely be open to matches against Bangladesh, Pakistan or Sri Lanka. Similarly, they could play teams that head to the United Arab Emirates for series against Pakistan.

When they sent an ‘A’ side to Pakistan in 2013, it was the first international tour of the country since the Lahore attack on the Sri Lankan team convoy. However, in recent times, the relationship between the two boards has cooled. Otherwise, an Afghanistan-Pakistan clash would seem a likely starting point.

The ICC is keen for both countries – and Zimbabwe – to step up and join the other nine Test teams in their proposed Test Championship structure. First, they will need to prove they are not out of their depth at Test level.

At every level, Afghanistan have shown they can adapt and are quick learners. They swiftly moved up the WCL levels and earned ODI status at the first attempt. They recently drew their first ODI series in the West Indies.

Afghanistan have lost just once in 20 four-day first-class Intercontinental Cup matches, and both sides have shared the competition honours since 2005 (Ireland four wins, Afghanistan one). Their competition debut saw them draw away against a strong Zimbabwe side so a new challenge will not faze their players or management one bit.

With their goal of reaching Test status by 2020 in mind, Ireland set up a three-team domestic championship in 2013. The Inter-Provincial Championship was given first-class status in late 2016, and it was designed to be a proving ground for potential Test cricketers.

“Over the last two seasons watching domestic cricket in Ireland, I have seen consistent performances from top quality cricketers who deserve to have these recognised,” head coach John Bracewell told ESPNCricinfo. “The standard of play is not only highly competitive but also first class in its output.”

Afghanistan’s four-day domestic competition, the Ahmad Shah Abdali tournament, is now a first-class competition and has been played since 2014. Six teams compete. It is imperative that players coming through the ranks in any country be exposed to first-class cricket of a good enough standard to give them some idea of what to expect at Test level.

So far, the signs are good. What needs to happen next is that Irish cricketers playing for English counties must be released to play Tests for Ireland as well as a push to get more Irish players involved in global Twenty20 tournaments.

That is already happening for some of Afghanistan’s best players and more efforts to get them first-class contracts overseas – England the obvious destination – must be made.

For the first time, if an Ireland player dreams of playing Test cricket, he does not have to follow the path trodden by Ed Joyce, Eoin Morgan and Boyd Rankin in changing allegiance and playing for England. It is a massive mentality shift.

Joyce was given special dispensation to requalify as an Ireland player a few months short of the statutory four-year period so he could feature in the 2011 World Cup. By the time Rankin returned, the ICC had sensibly halved that period. It is only fair that the same door is open for Morgan if he wants to take it.

It will take time for the impact of a clear pathway to Test cricket to mete out its full effects. For some players, it has come at a point in their careers where they are past their peak. Five years ago, a Test team containing Joyce, the O’Brien brothers, Morgan and Rankin would easily have matched or beaten Bangladesh or Zimbabwe.

On the other hand, for the young players just coming into the sport, it provides the ultimate incentive and is perfect timing. They can either stay in the Irish domestic system or head to an English county, always aiming for a berth in the Ireland Test, ODI or T20 team. From there, increased international exposure and opportunity opens the door to potential IPL, CPL, and Big Bash appearances.

What needs to happen now

The first thing Afghanistan and Ireland must work to do is to schedule and play Test fixtures. It sounds obvious, but they must ride the wave of momentum and maximise the opportunities they have. It will not be easy. Bangladesh and Zimbabwe found it difficult to schedule fixtures when they first gained Full Membership.

They must prove they are serious about taking on Test cricket and it might serve them better if they do play each other, or Zimbabwe, before trying to take on more established sides. Afghanistan can count on strong support in the UAE, which is a huge boost for both them and the sport itself as Test cricket battles for attention.

Ireland need to appoint a new coach as Bracewell will step down at the end of the year. For him, it is a case of job done, and somebody new must come in and lead Ireland as a Test nation.

Afghanistan’s worsening political relationship with Pakistan is a blow because as new Test teams, the relationships they have with fellow boards will be critical. This works both ways. As much as Afghanistan and Ireland have plenty to celebrate following their elevation, it is now essential that the ICC and the other Test-playing nations welcome them by scheduling fixtures and do not freeze them out.

It was a decision taken for the benefit of the sport; all boards and the governing body now need to combine together to make it work.