Home General Cricket Teenage Sensations: 9 Players Who Made a Debut Century Before Age 20 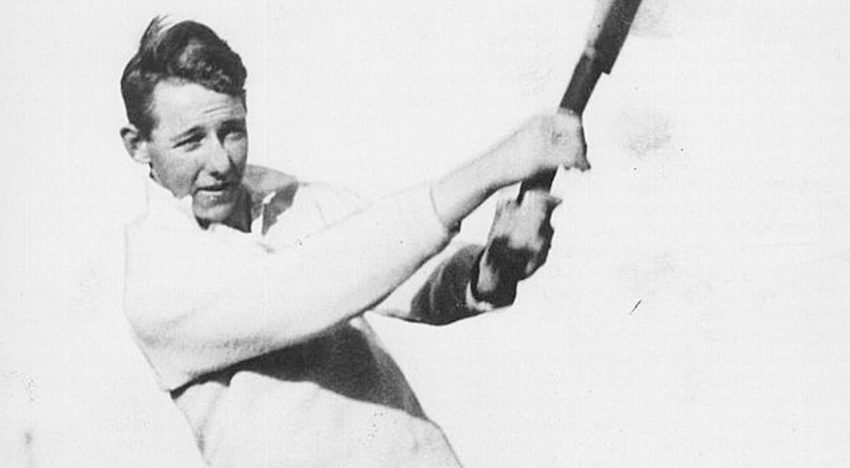 Much hype was made of Indian 18-year-old Prithvi Shaw ahead of his Test debut against the West Indies last week, with many speaking of remarkable, almost Tendulkar-esque technique exhibited by the prodigy. It would be fair to say that the expectations were lived up to when Shaw smashed a 99-ball ton in his first ever innings in the game’s longest format, making history in the process by becoming the first teenager to score a century on debut for India. While he deserves all the plaudits coming his way, and the excitement surrounding his future is rightly palpable, it is important to remember that early success is no guarantee of a productive career. We take a look at the nine other teenagers to make a Test century on debut, and the mixed fortunes of their subsequent careers, to see how young players making the best possible start in Test cricket progressed after such an early high.

The list begins with a sad tale of a player taken before his time. Having impressed during his progression through the Australian cricketing ranks during his teenage years, Jackson found himself called up for the fourth Ashes Test of the 1928-29 series at the age of 19. He immediately made his mark on the game, scoring a spectacular 164 as an opener in his first ever innings. Though his side went on to lose a tight match by just 12 runs, Jackson had secured himself a place in the Australian team. He went on to play a further 7 Tests, and although he did not add to his solitary Test century, he contributed many more convincing performances, averaging over 47 with the bat. However, tragedy struck to end a promising career, as Jackson unfortunately died of tuberculosis at the age of just 23 – it was a loss mourned throughout the sporting world.

The next teenage debut centurion did not come along for nearly 40 years, when Doug Walters announced himself on the scene in the most characteristic of ways. The Australian all-rounder developed something of a cult status over the years for his off-field antics that both endeared him to fans and infuriated his captains. Yet Walters was also a very fine cricketer, something that was immediately clear to anyone who viewed his debut century against England in 1965. Coming in with the match finely balanced at 125 for 4, Walters, just about to turn 20, compiled 155 to give his side an unassailable advantage, showing a remarkable range of shots for such a young cricketer. He followed this up with another century in the following match, allaying any doubts about whether he was talented enough for Test cricket. In the years that followed, Walters built a fine Test career as a genuine all-rounder, averaging over 48 with the bat and under 30 with the ball to more than justify his continued selection despite his often-controversial nature.

The Pakistani opener needs no introduction – the quickest of glances at any cricketing statistics book or website will make clear that Miandad’s early breakthrough was a mere taste of what was to come in an illustrious career. Having caught the eye of Pakistan’s cricketing authorities as a youngster, he was given a chance to prove himself at the highest level as a 19-year-old, when he was asked to play against New Zealand at Lahore during the two sides’ 1976 Test series. Miandad did not disappoint, rescuing his team when they fell to 55 for 4, with a fine score of 163, including a partnership of 281 with Asif Iqbal. Pakistan went on to win the game, with the young batsman taking much of the credit. Yet his success was no flash in the pan – Miandad became one of the most consistent batsman in the history of Test match cricket, as exemplified by the remarkable fact that never once did his overall Test batting average drop below 50, despite playing 124 matches. He is perhaps the perfect example of starting as you mean to go on in Test cricket.

It was certainly fitting that Miandad, by 1982 Pakistan’s Test captain, should accompany the next teenager to make a ton on debut at the crease for the majority of his century, building a partnership of 162 together. In this case the teenager in question was Saleem Malik, a talented batsman who made the Pakistani squad to face Sri Lanka in 1982. Batting a number 3, he fell for a disappointing 12 in his first Test innings, but more than made up for it in the second as he made an unbeaten hundred. His partnership with Miandad essentially took the game away from Sri Lanka, who in the end were overcome comfortably. After such an excellent start, Malik’s career never quite hit the heights of Miandad’s, but he still built a well-respected Test career, playing over 100 Tests and captaining the national team. Well-respected, at least, until his career ended in acrimony with a lifetime ban for match fixing. While he fought the charge and eventually had the ban lifted several years later, it was a disappointing end for a solid Test batsman.

Pakistan’s selectors in the late 20th century appear to have had a good eye for young talent, as Mohammad Wasim became the country’s third teenager to achieve the remarkable aim of a century on debut. Although Wasim got off to the worst possible start against New Zealand in his first Test, being dismissed for a duck in his first innings, he turned things around in his side’s fourth-innings run chase. Coming in at number 7, Wasim made a fine ton to get his side close to the finish line while Pakistan’s batting order was collapsing all around him. Though Pakistan eventually fell 44 runs short, the young right-hander had gained a great deal of credit for his solo effort. Sadly though, Wasim was unable to convert this evident natural talent into consistent Test performances, with only one Test century coming in his following 26 innings, against an under-strength Zimbabwe team. After a few years in and out of the team, he was eventually moved on so that younger talents, such as Yousuf Youhana (later Mohammad Yousuf) and Younis Khan, could take his place, with his potential never having been fulfilled.

It has never been easy for a Zimbabwean to carve out a successful Test career, with the country’s often controversial political circumstances regularly spilling over into cricket, preventing the team from the kind of frequent matches and series enjoyed by all other Test-playing nations. It was understandable, then, that there was much excitement surrounding Hamilton Masakadza’s entrance to the longest format in 2001, given the ability he exhibited at such a young age. After his side had been skittled for just 131 by the West Indies in their first innings of Masakadza’s debut Test, the young man, aged just 17, returned with a fine century in the second innings. In doing so, he helped his side to the substantial total of 563 for 9, thereby saving the game and earning him a man-of-the-match accolade. Of course, external circumstances have limited the number of matches he and his countrymen have played since, but Masakadza, when given his opportunity, has shown that he can be a more than capable all-rounder, averaging around 30 with both bat and ball, and with five Test centuries to his name in 36 Tests.

At the time of Masakadza’s innings, the 17-year-old became the youngest debut centurion in Test history. It was a record, however, that would last less than 6 weeks thanks to another boy wonder in the form of Mohammad Ashraful. He entered the fray against Sri Lanka in September 2001, only a year after his country was admitted into Test cricket. While the great Muttiah Muralitharan was baffling his team-mates on his way to a ten-wicket haul, Ashraful alone provided resistance with a fine 114. It may have been a disappointing team performance, but that merely served to highlight the young Ashraful’s effort further. Yet while Ashraful possessed supreme raw talent, during his career he never managed to convert it into consistently good performances, only averaging 24 with the bat overall. He was in and out of the team for over a decade, and when he finally seemed to stake a claim for a long-term return with another century against Sri Lanka in 2013, this was soon followed by the revelation that he too was involved in match-fixing, spelling the end of an international career that never came close to its full potential.

Coming from a prestigious cricketing family, in which he was one of three brothers to play at Test level, Umar was certainly the Akmal who made the most explosive entrance to the sport. Called up to Pakistan’s touring party to play New Zealand in 2009, at the age of just 19, he took his chance with both hands in the first Test of the series by scoring an excellent century in Dunedin. Fittingly, too, he put on a partnership of 176 with his older brother Kamran, who was by then a mainstay of the Test team, to lead their side into a stirring fightback after a poor start. Although Pakistan ended up losing the match by a mere 32 runs, it was again Umar who led their run chase with an impressive 75 to follow up his first-innings ton. Yet as with many of the players mentioned in this article, he appears to have been a troubled presence as his career should have been blossoming. After a drop of form that failed to see him score another century after that fine debut effort, along with the various controversies he courted off the field, he lost his place in the Test side less than two years after his debut, and has not played a Test since. At 28 there is still hope for Umar Akmal to make a return, but time is certainly running out for him.

There are few places in world cricket for a debutant – a touring one at that – to announce themselves more spectacularly than at the Gabba. West Indies’ Adrian Barath, however, did just that. Opening the batting in one of the most hostile cricketing environments around, against a bowling attack including Mitchell Johnson and Peter Siddle, and while his side was following on, no less, the 19-year-old Barath scored a counter-attacking 104 of the highest order. Even more remarkable was the fact he did so while the rest of his team were collapsing, with Barath’s century coming in a team total of just 187. This naturally earned him comparisons with some of the great batsmen in the West Indies’ rich history, but unfortunately Barath became another player who was unable to repeat the heroics of his debut game. Three years and 14 Tests later he was dropped from the Test team, with an average of just 23. Since then, the opener appears to have fallen out of love with the game, after he decided to take a break from first-class cricket in 2014 and seemingly has chosen not to return.