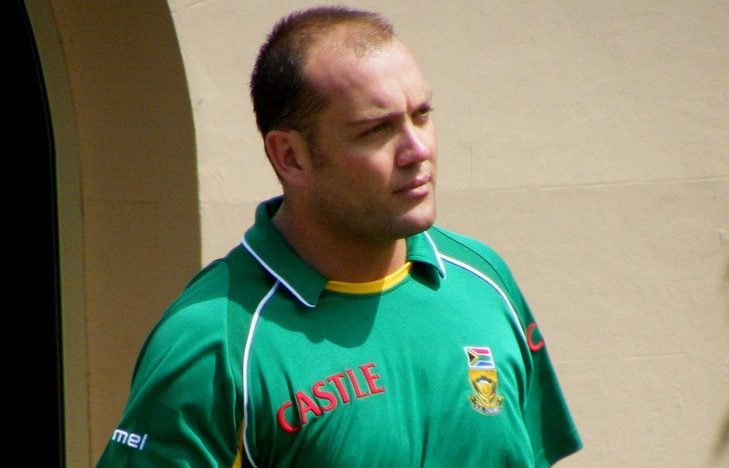 They say you can shake a tree in South Africa and an all-rounder will fall out. The Proteas have been spoilt for choice when it comes to players that bat as well as they bowl. Quality all-rounders are like hen’s teeth, yet the rainbow nation seems to have them in abundance. Here are the very best to wear the green and gold.

Jimmy Sinclair was South Africa’s first all-rounder. Sinclair made his debut in 1896 against England in Port Elizabeth. He went on to represent the Proteas in 25 tests and scored 1,069 runs with a batting average of 23.23. He took 63 wickets at an average of 31.68. It was Sinclair that was to lay down the gauntlet to the future Proteas to come over the next 121 years. He was the pioneer and the man to show it can be done with both bat and ball. Sinclair may not have the best average with either bat and ball the game has seen, but he had the desire to do everything he could to ensure he was able to assist his country in any way possible when called upon.

Despite only living to 48, Aubrey Faulkner lived a life that was full of adventure and success. He was one of South Africa’s finest all-rounders. Faulkner played in 25 tests scoring 1,754 runs at an average of 40.79. In those 25 tests he took 82 wickets at an average of 26.58. He assisted in the field with 20 catches. Faulkner was able to produce stunning feats with both bat and ball. He scored a double hundred against Australia in Melbourne during the 1910-11 season. His finest bowling is considered to be against England in Leeds in 1907, where he dismissed 6 batsman for 11 runs during a 17 over spell. Aubrey Faulkner was a man for all seasons as he also fought in the first world war. He became a major and served with distinction.

Brian Mcmillan was South Africa’s first genuine all-rounder to play once the Proteas were allowed back onto the international cricketing stage. McMillan was 28 when he made his debut against India in Durban in 1992. Even though the isolation period cost him 5 years of his early career, he was able to still enjoy great success and was considered the very best all-rounder in the world during the 1990s. He played 38 tests and scored 1,968 runs at an average of 39.36. McMillan took 75 wickets in those tests at a bowling average of 33.82. In 78 ODI games he scored 841 runs with an average of 23.36 and took 70 wickets at an average of 36.98. He made a huge impact on South African cricket and will be remembered for being the ultimate competitor and game changer. Perhaps his most telling contribution was in the slips. Nicknamed ‘bucket hands’, McMillan had the highest percentage of catches per test in the Proteas’ history. He took 91 catches for South Africa across all formats during his career.

The introduction of Vernon Philander to the Proteas team in 2011 was a gut feel by then-coach Gary Kristen. What followed over the next 7 test matches was almost a test record as he took 50 wickets. The second fastest in test history. Philander took to international and especially test cricket like a duck to water. It was Philander who was instrumental in bowling Australia out for 46 at Newlands during his debut where he finished with match figures of 8/78. He is often coming in at 8 and scoring vital runs. His 61 in the third test against England at Lords helped the Proteas win the game and series to become the number one test side in the world. Philander has played 43 tests for South Africa and scored 1,009 runs at an average of 24.02. He has taken 161 wickets with an average of 22.39. He has played 30 ODI games scoring 151 runs at an average of 12.58. In those 30 games he has taken 41 wickets at an average of 24.04. The talented Philander has at least another 3 years left in him at the highest level. His story and contribution with bat and ball is far from over.

Lance Klusener was destructive with both bat and ball. When he strode to the wicket doing his windmill action as he loosened up with his humongous SS bat, you could feel the anticipation and excitement ripple around the ground. It didn’t matter what format it was, he would punish you. Klusener was used as a strike bowler at the beginning of his career and stood up to the challenge every time. In 49 test matches he scored 1,906 runs at an average of 32.86 and took 80 wickets at an average of 37.91. In 171 ODI games he scored 3576 runs and at an average of 41.10 and claimed 192 wickets at 29.95. Klusener could win the Proteas a game in one session. It didn’t matter whether it was with willow or leather.

When Shaun Pollock arrived on the scene it was evident that South Africa had unearthed a gem. His fiery ginger hair and electric pace made him feared the world over. When it was his turn to bat he would more than hold his own and has been responsible for some of the most entertaining innings by a South African. A natural ball striker and playmaker, ‘Polly’ was a joy to watch. He is the leading wicket taker in tests and ODIs for South Africa. He is a legend in every sense of the word. In 108 test matches he scored 3,781 runs with an average of 32.31 and took 421 wickets at an average of 23.11. His ODI career was also glittering. In 303 games he scored 3,519 runs at 26.45 and secured 393 wickets with an average of 24.50. Pollock took a mammoth 814 wickets for his country and, for good measure, added 7,500 runs with the bat. Pollock came from a family of cricketing royalty yet made those who went before him look average. A name never to be forgotten.

There are those that come around once in a lifetime and change the trade or profession they work in. Jacques Kallis did that to South African cricket. He didn’t survive or just keep his head above water. He bulldozed down barriers and smashed records in half. Every time his country asked him for help he would oblige. Kallis was the focal point of South African cricket for almost 20 years. He saw players come in, excel and then fade away. He saw the structure and politics of South African cricket change. He saw a captain succumb to the dark side of the game. Whilst all of this was going on, Jacques Henry Kallis was scoring hundred after hundred and taking wicket after wicket. The one constant in South African cricket history was Jacques Kallis. Over a hundred year history he was the one that stood longest and shone brightest. His career in numbers defy reason and belief. In 166 test matches he scored 13,289 runs at an average of 55.37 and took 292 wickets at an average of 32.65. In 328 ODI games he accumulated 11,579 runs at 44.36 and snared 273 wickets at 31.79. In total (including T20s), Jacques Kallis scored an almost unthinkable 25,534 runs, took 577 wickets and held on to 338 catches. If it weren’t for Jacques Kallis South Africa may not be the force they are today. He helped South Africa rise from the ashes of isolation and become the proud, dynamic and successful team they are today. Never to be repeated, never to be seen again, Kallis was the absolute greatest.