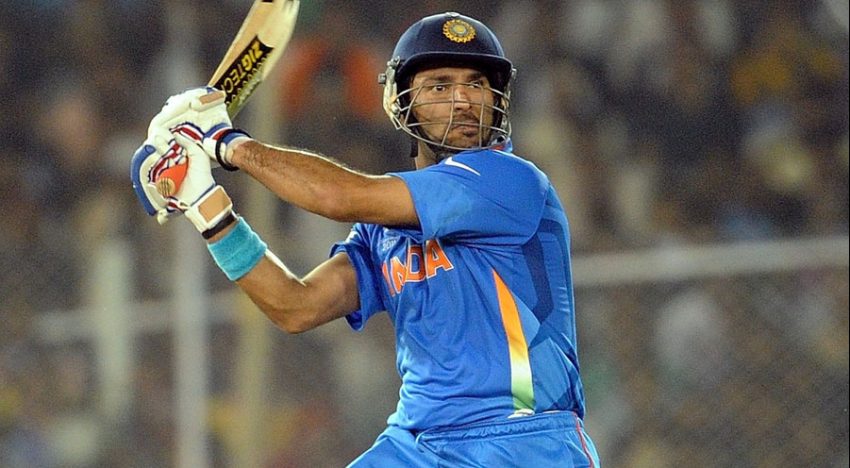 Ask an Indian fan the significance of June 25th 1983 and you’ll get a wicket-by-wicket description of how the underdogs India humbled the giant West Indies at Lord’s. Prior to this, only 6 ODIs had been played on Indian soil across two bilateral series. After the epic win by Kapil Dev’s side, Indian fans took new liking for the 50 over format (they won the World Cup playing 60 over a side games though!). It was an unparalleled win for the Indians on the world stage and took place at the home of their former colonial masters.

The World Cup triumph ignited passion for ODI cricket not just in India but the entire sub-continent. The Indian team’s success at the World Championship in 1985 and great display of form during the 1987 World Cup played in the sub-continent further reinforced the belief that ODI cricket was going to be big in the country. Since then, India has churned out a plethora of ODI stars and consistently been among the world’s strongest cricketing nations. Here we turn back the pages of history and take a look at India’s best One Day International players of all time.

At No. 15 we have one of the first batting stars of ODI cricket from India. Mohammad Azharuddin, who captained the team for almost a decade, led the Indians in three consecutive World Cups. ‘Azhar’ could cast spells on his fans with his magical wrist work and was one of the mainstays of the Indian middle order in the 334 games he played for the country. While he wasn’t flamboyant, he mastered the art of accumulating runs during the middle overs and was among the finest fielders to play for the country. In 17 year career he scored 9,378 runs at an average of 36.92 which included 7 hundreds and 58 fifties.

The Sardar from Jalandhar is one of the most interesting characters to have represented India in the 50 over format. The fifth highest wicket taker for India in ODI cricket, ‘The Turbanator’ (as he was named by the Aussies) never shied away from getting under the skin of the opposition. Whether it was with his regular off-spinners or the Doosra, he troubled the best batsmen in the world with his flight and loop. In 234 games that he has so far played, Harbhajan has picked up 265 wickets at an average of 33.47 which includes 3 five wicket hauls. He was one of the main bowlers for the team during the 2011 World Cup success.

India had produced the best batsmen in the world, and provided the finest examples of spin bowling, but they never had a quality left arm fast bowler among their ranks. All that changed with the arrival of Zaheer Khan who could not only deliver the ball in excess of 90 mph but could bowl toe crushing yorkers. After making an impressive debut in 2000 ICC Knock Out he became a mainstay of Indian bowling attack for the next decade. Zaheer reached the pinnacle of his career during the 2011 World Cup emerging as the highest wicket taker and becoming one of the main performers of Dhoni’s victorious side. In a career that saw him play 194 matches, Zaheer picked 269 wickets at an average of 30.11 which include 1 five wicket haul and 4 four wicket hauls.

Yes he did have his issues with form and consistency but this short and lanky fast bowler with a quick arm action is one of the best to have played ODI cricket for India. It may come as a surprise to many but Ajit Agarkar is the third most successful bowler for India in the 50 over format of the game! Not bad for a man who was in and out of the team for significant parts of his career. In 191 games Agarkar picked up 288 wickets at an impressive average of 27.85 which included 2 five wicket hauls and 10 four wicket hauls. Though he never lived up to the expectations with the bat as an all-rounder he did score 3 fifties in his career.

While placing Rohit Sharma at No. 11 among the best ODI players for India may seem unjust to his fans, he will surely end up as one of the greatest ODI players of all time by the time he hangs up his boots. ‘The Hitman’, as he is called by his team mates, has scored an unbelievable 3 double hundreds in his ODI career so far. He is 9th in the list of all time highest run scorers for India with 6,459 runs at an average of 44.85 which includes 16 hundreds and 34 fifties. He has so far played 176 ODIs and, given that he has age on his side, he may end up being among the top three run scorers for the country in the 50 over format.

Plucked out of the victorious U-19 team, Yuvraj Singh made the most impressive of starts to his career in the 2000 ICC Knock-Out Trophy smashing the revered Australian and South African attacks to all parts of the ground. For the next decade leading up to the 2011 World Cup he was the backbone of the Indian middle order playing some match winning knocks. He reserved the best for the 2011 World Cup at home where he won the Player of the Tournament award for his all-round display with the bat and the ball. In 304 ODIs, ‘Yuvi’ has scored 8,701 runs at an average of 36.55 which includes 14 hundreds and 52 fifties. With the ball he has claimed a respectable 111 wickets and he has also been one of the most agile fielders Indian cricket fans have ever seen.

One of India’s few genuine speedsters, Javagal Srinath has to be one of the most underrated cricketers to have ever played for the country. While most people equate India’s tryst with fast bowling with the one and only Kapil Dev, the honour of being India’s first express bowler belongs to Srinath. Never before had any Indian player bowled consistently at more than 90 mph. A promising career that was halted briefly by a major injury saw him finish with 315 wickets to his name at an average of 28.08 which included three five wicket hauls. Not bad at all for a man who often played on pitches that were curated to help the spinners from the word go.

Virender Sehwag kept it simple when it came to batting – if a ball was there to be hit, it ought to be smashed, irrespective of the credentials of the bowler or the situation of the game. This simple approach made him one of the most dreaded openers in the world. Blessed with great hand-eye coordination, Sehwag was on the money right from the word go and established a reputation for prolific boundary hitting. In a decade-long career he scored 8,273 runs at an unbelievable strike rate of 104.33 which also saw him pile up 15 hundreds and 38 fifties. Of the 15 hundreds he scored, India lost just once which emphasises his dominance in the game.

If there is one man who could be credited to having changed the face of ODI cricket in India, it would undoubtedly be Kapil Dev. As a fast bowling all-rounder, he led India successfully in their 1983 World Cup triumph which ignited the revolution for 50 over cricket in India. He scored the first ODI century for the country and also claimed the first five wicket haul. In 225 ODIs that he played, Kapil took 253 wickets at an average of 27.45. He also scored 3,783 runs at an average of 23.79 which included one hundred and 14 fifties before ending his glorious career.

Rahul Dravid wasn’t ideally cast to play the 50 over format of the game. A technically sound batsman, his low strike-rate led to him being ousted from the ODI team for some time. Some wrote him off, saying he was born in the wrong era. But ‘The Wall’ turned this weakness into a strength and became one of the best accumulators of runs in ODIs. In a line-up filled with stroke makers, Dravid often played the role of a sheet anchor. He finished his career as the third highest run getter for India with 10,889 runs at an average of 39.16 which included 12 hundreds and 83 fifties. As a mark of his character, he also kept wickets tidily for a brief period to allow the team to accommodate an extra batsman.

In the game of cricket there are champions and there those who play the game as a gentleman. It is rare to find a combination of these two. Indian leg spinner Anil Kumble belonged to this rare tribe. ‘Jumbo’, as he was called, wasn’t the greatest turner of the cricket ball, but his persistent line and length often outdid the best batsmen in the world. A tough competitor, he was never short of confidence or courage to take on the best opponents. Unsurprisingly, he finished his career as the most successful bowler for India in the ODIs with 334 wickets in 269 games at an average of 30.83 with 2 five wicket hauls and 8 four wicket hauls.

‘Dada’, as he was fondly called, made the most disastrous of starts to his ODI career. After an unremarkable debut in 1992, he was side lined for the next 4 years! Once he made a comeback, though, there was no looking back as the left handed opener, who was dubbed ‘Lord of the Off Side’, piled up runs in all corners of the globe. He slashed 11,221 runs in 308 ODIs at an average of 40.95 (22 hundreds and 71 fifties) and also managed 100 wickets, including 2 five wicket hauls. What Sourav is best remembered for is his captaincy, as he instilled aggression and a never-say-die spirit in the team, which turned India into one of the most competitive sides in the world.

MS Dhoni wasn’t the best glove man in the country when he made his entry into the team, but India’s search for a wicketkeeper who could lend strength to the batting order led selectors to put their money on him. What even they hadn’t contemplated was the idea that this cool-headed guy from a small town would go onto become one of the greatest captains of all time, winning the T20 World Cup, 50 over World Cup and the Champions Trophy. In 314 games that he has played so far, Dhoni has scored 9,902 runs at an average of 51.57 which includes 10 hundreds and 67 fifties. Behind the stumps he is fourth on the list of most successful wicket keepers of all time with 399 dismissals to his credit.

As the great Sachin Tendulkar was nearing the end of the career the legacy was being passed to another guy who had emerged through the ranks. Virat Kohli is undoubtedly the most prolific batsmen in ODI cricket and a man who rises to the occasion; he is at his best when chasing big scores. A classical batsman who plays by the book, Kohli has reinstated the belief that batsmen can score big and score fast without having to slog. Kohli brings in an aggressive approach to his batting and captaincy, and doesn’t fear anyone. For a man who is yet to celebrate his 30th birthday he has already become a legend in his own right scoring 9188 runs in 204 ODIs which include 33 hundreds and 45 fifties. His average of 56.36 is surely among the best for a top order batsman in ODI cricket.

Starting his professional career before celebrating his 17th birthday, Sachin Tendulkar wasn’t just another ODI batsman he was a god to most cricket fans in India. And, for the next 22 years of his ODI career, he carried this image with grace and humility. With 18,426 runs, he is the highest run-scorer in the history of the game and more than 4,000 run ahead of his nearest competitor! Sachin, who was the lynchpin of the Indian batting lineup for most of his career, scored an unbelievable 49 hundreds and 96 fifties in 463 games. Interestingly, he wasn’t a bad bowler either finishing with 154 wickets and 2 five wicket hauls! What more can be said about this great man, he is simply one of the best cricketers the world has ever seen.