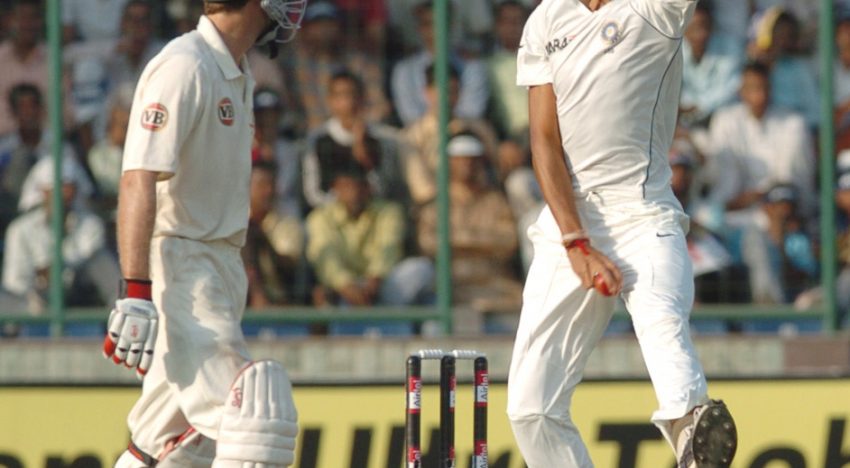 In the 1960 and ’70s, India’s best close-in fielder Eknath Solkar opened the bowling throwing seam-ups to batsmen. His aim wasn’t so much to take wickets, but to get the ‘shine off the ball’ before the legendary spin quartet of Erapalli Prasanna, Srinivas Venkataraghavan, Bhagwat Chandrasekhar and Bishen Singh Bedi would make the batsman hop, skip and dance on the pitch. This perhaps best summarised India’s odd relationship with fast bowling! While Indian batsmen took the body blows on fast and seaming tracks abroad, they relied heavily on spinners to put up an even fight on green tops.

Despite being the first country to play 500 Test matches, India spent most of its history without a fast bowler of established repute. Irrespective of the pitch and weather conditions, the Indian team always relied on its spinners to win matches, both at home and away. While there was some shining spark in the early days, the Indian team went through a drought of fast bowlers from the late 1930s to the 1970s. And then came the legendary Kapil Dev and India finally had a man who didn’t bowl just to get shine off the ball but did so to make the red cherry dance to his tunes. Indian cricket was never the same post-Dev, as they have since produced quality fast bowlers who can bend their backs on the dusty tracks at home and on the fast and seaming tracks outside the subcontinent. Here, we take a look at the 10 greatest Indian fast fowlers of all time.

Umesh Yadav has come of age in the last two seasons and has become India’s frontline bowler in all formats of the game. One of the fastest bowlers on the present scene, he hits the deck hard and generates great movement. A man who can regularly bowl at 140 km/h and reach the 150s occasionally, Umesh has been a great find for the future. The early part of his career was severely restricted by injuries, but he is known to have worked hard on his fitness. He troubles the top batsmen in the world, even on bald Indian wickets, with his teasing line and length. Bowled and LBWs account for a high percentage of his wickets, which is a testimony to his talent as a fast bowler.

Tall and lanky with a smooth action, Ishant Sharma is a textbook fast bowler who can trouble any opposition when in perfect rhythm. His high-arm action allows him to bowl at decent pace and is a joy to watch. In India’s controversial 2008 tour Down Under, Sharma made one of Australia’s greatest batsmen, Ricky Ponting, his bunny and this has become a part of India’s cricketing folklore. He has battled many injuries and yet emerged stronger and smarter as a bowler. A senior pro in the current Indian team, Sharma has given nightmares to batsman both on Indian pitches, as well as in all other parts of the world.

One of the oldest bowlers still active on the international circuit, Ashish Nehra continues to defy age. With most of his contemporary cricketers in the commentary box or enjoying their time post retirement, he still continues to surprise one and all with his form. For a man who has been more out than in the team owing to injuries, Nehra’s two-decade long stint at the top level is a testimony to his hard work and determination. Still matching the pace of people who were born around the time he made his debut for India, Nehra has rediscovered his skills in the shortest format of the game. When on song he can move the ball both ways at the most threatening pace.

If an Indian fast bowler epitomized the phrase “good things come in small packages” it had to be Ajit Agarkar. Taking baby steps in India’s cricketing nursery Bombay (Mumbai), Agarkar, who stood a mere 1.7 meters, bowled with decent speed and unwavering accuracy throughout his international career. His unique style of bowling made him a permanent member in the shorter format of the game, where he has 288 wickets from 191 appearances at an impressive average of 27.85. Agarkar also holds the record for the fastest player to reach 50 wickets in ODIs. Though he didn’t do justice to his batting talent, he did also score a Test hundred at Lord’s.

While five years at the international level may not be worth praise for most fast bowlers, Venketesh Prasad was a truly special talent who didn’t play to his full potential. Though he didn’t possess a great amount of pace, Prasad could move the ball both ways at will and his slower leg-cutter troubled the best batsmen of his time. Most batsmen considered him to be deceptive as he could swing the ball on dusty flat tracks of the subcontinent. With close to 300 international wickets in Tests and ODIs he remained a regular part of the Indian team throughout his short career.

An opening bowler in India’s inaugural test, Amar Singh was the country’s first fast bowling all-rounder and also scored the first half-century for India in Test Cricket. A great exponent of swing bowling, he earned praise from greats such as Sir Len Hutton and Wally Hammond with Hutton having said that there was no better bowler in world cricket than Amar Singh. During England’s unofficial tour to India in 1937-38 he took 36 wickets at just 16.66 in the five Tests. In the seven official test matches he played for India, Singh took 28 wickets. He also became the first Indian bowler to take more than 500 first class wickets at an impressive average of 18.35 and also had five hundreds and 21 fifties to his name.

India’s first fast bowler, Mohammad Nissar played in India’s inaugral official Test Match versus England at Lords in 1932 and reduced the star-studded English lineup to 2 for 11, knocking over the poles for both of the openers. English batsman Charles Burgess Fry considered him to be faster than even the legendary Harold Larwood. In an era when the Indian team enjoyed little success in International Cricket, Nissar stood as tall as his stature. In the six tests that he played at the International level he scalped 25 wickets, of which more than half were bowled or LBW – just to prove the staggering pace and control he had over the red cherry. His 396 wickets at a bowling average of 17.70 in 93 first-class games is perhaps the best testimony to this giant of a man who is perhaps one of the fastest bowlers ever to represent India at the highest level.

Starting his career in the shadow of Kapil Dev, Javagal Srinath is another contender for the title of the fastest bowler to have played for India. At the peak of his career, he was certainly considered to be the fastest in the world. Srinath’s arrival marked an era where Indian fast bowlers started troubling batsman regularly on fast and seaming pitches outside the subcontinent. Unfortunately, he had to deal with a career threatening injury in 1997 at his peak, which forced him to cut down his pace during his comeback. With 236 wickets in 67 tests he remains the third highest wicket taker for an Indian fast bowler. Currently serving as an ICC Match Referee his gentlemanly conduct on the field earned him many fans around the world.

India’s hunt for a left arm bowler who could throw the cherry at more than 90 miles per hour ended when Zaheer Khan arrived on the international scene in 2000. After an impressive debut at the ICC Knock Out in 2000, ‘Baroda Express’ became an integral part of the India team until his retirement and is credited as having bowled India to the 2011 World Cup win. Tall and strong, he could make the new ball move both ways and was also a great exponent of reverse swing. Zaheer has more than 500 international wickets to his credit and stands behind only Kapil Dev in the rankings of all-time top wicket takers for India. Still active in the Indian Premier League, he is busy mentoring the next crop of fast bowlers for the country.

Indian batting legend Sunil Gavaskar once said that Kapil Dev is the greatest impact player India has ever had. More than the wickets taken and runs scored, the Haryana Hurricane marked the beginning of an era in Indian cricket. He showed the way for other budding cricketers in the country who aspired to become a fast bowler. Kapil held the record for most wickets in a test career for more than six years having earned this title by going past Sir Richard Hadlee. Powering India to its first World Cup title and first series victory on English soil were highlights of Kapil’s career, but his greatest legacy was to put India on world cricket’s fast bowling map.