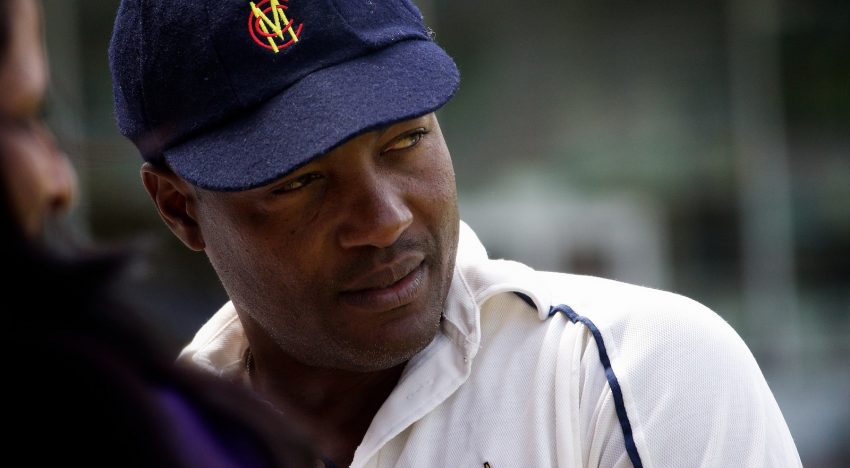 The multi-national West Indies team has a proud history of success. A long list of cricket greats have been developed by the island nations in the Caribbean where the team originates. The talent of the West Indies cricketers, particularly in the form of fast bowlers and big hitting batsman, saw the national team dominate the sport from the mid-70s to the early 90s. It is a hard task to whittle this pool of talent down to ten players.

Courtney Walsh burst onto the cricket scene in 1984 and remained a fast bowling force in the West Indies team until his retirement in 2001. During his career Walsh would form an extremely effective duo with fellow opening bowler Sir Curtly Ambrose that had the ability to ruthlessly cut through batting line-ups. Walsh was the first Test bowler to take 500 wickets in 2000 before the record of 519 wickets was broken four years later. During his test career Walsh took 22 five-wicket hauls and three 10-wicket hauls. He took 227 wickets in the ODI format at international level a record for a West Indies bowler.

While Shivnarine Chanderpaul took guard with a strange stance at the crease, he was an effective batsman during his decade long career playing in all three formats. He made his debut in the West Indies Test side as 19-year-old in 1994 and in the ODI format later that same year, playing his last games in these formats in 2015 and 2011, respectively. He played T20 cricket for his country between 2006 and 2010. At Test level Chanderpaul scored 30 hundreds, second only to Brian Lara, and 66 half-centuries, a West Indies batting record. He also scored the second highest amount of runs by a West Indies batsman with 11,867 runs. At ODI level he made 8,778 runs including 59 half-centuries and 11 centuries.

Sir Curtly Ambrose was a 2-metre-tall match-winning opening bowler for the West Indies side from his debut in both the Test and ODI teams in 1988 until his retirement in 2000. A very accurate bowler, Sir Curtly was the cause of many collapses of opposition batting line-ups leading to his legacy in the records of West Indies bowling. During his Test career, Ambrose took 405 wickets in 98 matches at an average of 20.99. Among his Test wickets were 22 five-wicket hauls and three 10-wicket hauls. Through the course of his ODI career, he claimed 225 wickets from 176 matches at an average of 24.12.

In an outmatched West Indies team before and after World War Two, the batting brilliance of George Headley shone through. Headley made a lasting impact on cricket in the West Indies, which continues to produced batsman favouring the same attacking style he exhibited. His performances for the West Indies led to comparisons with his Australian contemporary Donald Bradman. He would play 22 Test matches between 1930 and 1954 debuting for the West Indies as an 18-year-old. He holds the record for the highest batting average for a West Indies cricketer at 60.83. In 40 innings he scored 10 hundreds and five half centuries with a highest score of 270 not out.

In his prime during the 1980s, Malcolm Marshall was arguably the best of the dominating pace attack the West Indies used to devastating effect to stun opposition batsmen. Unlike some of his contemporaries Marshall was a shorter fast bowler at 5 foot 11 inches but still generated great pace. He had great ability to swing the ball but also used a skidding bouncer and leg-cutter to attack. Marshall made his debut for the West Indies Test side in 1978 and the ODI team in 1980 retiring from both forms of the game in 1991 and 1992 respectively. Marshall still commands many positions in the West Indies bowling records, including the title for the best Test bowling average at 20.94. He took 376 wickets in 81 Test matches, including 22 five-wicket hauls and four 10-wicket hauls. In the ODI format Marshall took 157 wickets at an average of 26.96.

Sir Frank Worrell is remembered as one of the greatest leaders in West Indies cricket, who, as the first black captain of the multi-national team, united players from the different islands nations. From 1961 until his retirement in 1963, he was captain of the West Indies team. In 1963 he captained the West Indies to their first Test series win over England. A brilliant batsman, Sir Frank is fondly remembered as one of the ‘Three Ws’ along with Sir Everton Weekes and Sir Clyde Walcott who all made their debuts for the West Indies in 1948 against England. The three great batsman are said to have been born during a similar time in the same neighbourhood in Barbados. Sir Frank was the most graceful stroke player of the three Ws and was half of two 500-run partnerships during his first-class career.

Sir Garry Sobers is still regarded by many as the greatest all-rounder to play cricket. It seemed like there was nothing the left-hander could not do: an elegant middle-order batsman, an excellent medium pace bowler, a bowler of leg spin and off spin and an extremely athletic infielder. The legendary skill Sir Garry possessed was noticed early and he made his debut for the West Indies team in 1954 at the age of 17. In 93 Test matches he made 8,032 runs, the fourth highest individual run total for a West Indies batsman. This included the record for the highest individual score by a batsman at Test level with 365 not out when he was just 21 years old in 1958. This record held until 1994 when it was broken by Brian Lara. He was also the first cricketer to hit six sixes in an over in first-class cricket.

Regarded as the West Indies captain behind the rise of the team into its golden years, Clive Lloyd was a brilliant tactician of the game. Making his Test debut in 1966 and ODI in 1973, Lloyd captained the team from 1975 until his retirement 1984. During his time as captain, Lloyd cultivated a team of fast bowling and big hitting talent from across the many island nations included in the West Indies building the team into the most dominant force in world cricket until the early 90s. At 6 foot 4 inches, Lloyd was an imposing and powerful middle-order batsman that could take apart a bowling attack with power strokes. His ascendency to captain marked change in his batting style as he took less risks and with his more subdued style would grinding out an innings when his team needed him to. During his Test career, Lloyd would make 19 hundreds and 39 half centuries.

Brian Lara is simply one of the greatest batsman that has ever played the game. He was an elegant batsman with quick footwork and had many powerful strokes at his disposal, which allowed him to dominate the West Indies batting records. Lara made his Test and ODI debuts for the West Indies in 1990 and would go on to play international level cricket for 17 years. He was appointed captain of the West Indies on three occasions – the first in 1998 to 1999, the second in 2003 to 2005 and for a third time from 2006 retiring in 2007. Especially during the latter part of his career, Lara would continue to offer resistance with the bat against the opposition in a West Indies outfit that failed to perform despite its talent. He holds the record for the highest amount of international Test runs by a West Indies player with 11,912 and the most centuries with 34. He also holds the ODI format record with 10,348 runs. There can be no doubt that he is one of cricket’s greatest champions.

Sir Viv is a legend of West Indies cricket and an icon from the golden years of the team, which his international career coincided with from 1974 to 1991. He was captain of the national team during their most successful period, from 1984 to 1991. Sir Viv was a fierce competitor and famously never lost a Test series while the West Indies captain. Although a shy man by nature, at the crease Sir Viv was an intimidating middle-order batsman, never wearing a helmet even against the fastest bowlers of his generation. Power was a key element of his attacking style and bowlers often witnessed their deliveries fly back over their heads for boundaries. He also favoured the hook shot, which produced many boundaries during his career. Sir Viv has the third highest total of Test runs by a West Indies batsman with 8,540, including 26 centuries. He also scored 6,721 in the ODI format at a strike rate of 90.20 and average of 47. Although impressive, the statistics don’t tell the full story – Sir Viv was quite simply a revolutionary and one of the best players the game has ever seen.