Home History Test Cricket’s Most Recent Newcomers: How Have They Fared? 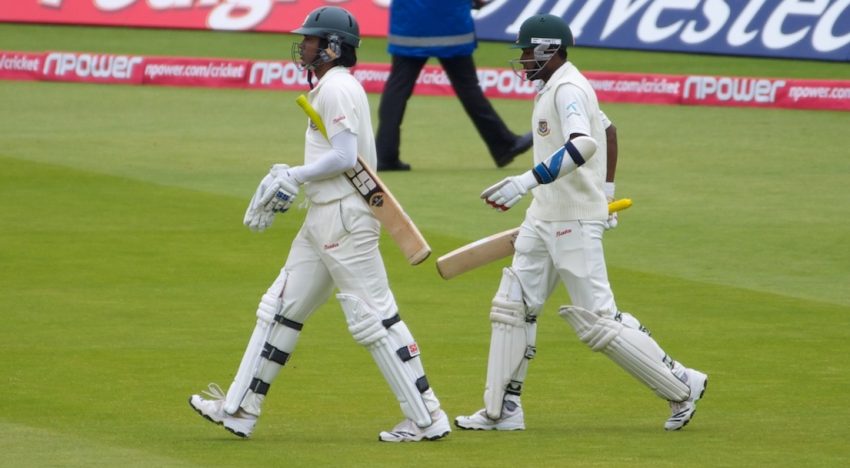 The summer of 2018 promises to be an intriguing one for Test cricket, with two new nations set to make their bow in the longest format. Ireland are scheduled to play their first ever Test match against Pakistan in Malahide on the 11th May, while Afghanistan will follow suit a month later when they take on India in Bengaluru. The two nations, the first to gain Test status since Bangladesh in 2000, had long been the leading sides among those with Associate status, and it will be fascinating to see how they handle the step up to the highest level. Here, we take a look at how the last four teams to have taken this leap have fared in their inaugural Test matches, to see what Test cricket’s newest members may have in store for them. All these teams have entered the five-day format at difficult stages, at times when an elite of test-playing nations has already been well-established, and in many case the newcomers have initially struggled to compete with the big beasts of the game.

Pakistan’s accession to playing Test cricket in 1952 took place only a few years after the country’s original creation from the partition of India. The two countries have since shared a rivalry that serves not only as one of cricket’s biggest, but as one of the most significant in any sport throughout the world. How fitting, then, that Pakistan’s first ever Test should be against their old enemy. The two sides met at the Feroz Shah Kotla in Delhi, in what ended as a particularly one-sided affair. Pakistan had put India, who had opted to bat first, under some early pressure, reducing them to 110 for 5. Yet some dogged tail-end performances including a 109-run 10th wicket partnership between Hemu Adhikari and Ghulam Ahmed extracted the hosts from danger and guided them to 372 all out. Pakistan started brightly in response, with Nazar Mohammad and the legendary Hanif Mohammad putting together an opening partnership of 64. However, after Nazar was run out for the first wicket, slow left-armer Vinoo Mankad came on to almost singlehandedly dismantle the entire Pakistani batting order. They were bowled out for 150, with Mankad claiming the remarkable figures of 8 for 52. The follow-on was enforced, and Pakistan fared little better in their second innings, this time being dismissed for 152 with Mankad claiming another 5 wickets. India, from a position of peril on day one, had ended up thoroughly outclassing their opponents to win by an innings. While the two nations have played many exciting and finely balanced matches over the years, this was not one of them.

It is easy to forget that such a major cricketing nation as Sri Lanka has a far shorter Test history than most of its competitors. Indeed, it had been nearly thirty years since a new nation had been added to the elite group of Test-playing nations. First up, the Sri Lankans, captained by Bandula Warnapura, faced a stern test, coming up against a strong England side which had famously stunned Australia in the previous summer’s Ashes and contained the likes of Graham Gooch, David Gower, Ian Botham and Bob Willis. Sri Lanka, batting first, started poorly, and fell to 218 all out, being dismissed if not by the pace of Botham then by the guile of Derek Underwood. The only saving grace for the home side was half-centuries from Ranjan Madugalle and a teenage Arjuna Ranatunga, who would famously go on to captain the side. Yet the Sri Lankans responded in kind, bowling England out for 223 with Ashantha de Mel taking four wickets. They then went on to start their second innings well, reaching 167 for 3 before disaster struck in the form of John Emburey. The English off-spinner ripped through the Sri Lankan middle order, including bowling a spell of five wickets for five runs, and finishing with six in total as the hosts were dismissed for 175. From there, the English batsmen took control, with Chris Tavaré scoring 85 to chase down 171 with seven wickets in hand in what finished as a comfortable victory.

Zimbabwe’s inaugural Test match demonstrated all the promise the country had to offer, in what is arguably one of the team’s finest ever Test performances. Facing Mohammad Azharuddin’s India in a one-off match at Harare Sports Club, Zimbabwe captain Dave Houghton chose to bat first and led from the front with a century at number six. Ably supported by the Flower brothers, Grant and Andy, who would go on to be mainstays of the team for the following decade, Houghton’s side racked up 456 in their first innings as a Test-playing nation. Off-spinner John Traicos, the only Zimbabwean not making his Test debut due to having played for South Africa 22 years previously, then removed much of India’s top order to leave them 101 for 5. Only then were their blushes spared by a 422-ball 104 from Sanjay Manjrekar, who guided his side to 307 all out. Manjrekar’s innings removed any immediate danger threatened by Zimbabwe’s bowling attack, leaving the match to peter out to a draw. Zimbabwe, though, could take great pride from this performance, and remarkably remain the only side (apart from Australia in the 19th century) to have avoided defeat in their first Test match.

The Bangladeshi side has often frustrated spectators, showing its potential through outstanding individual performances while exhibiting a tendency to implode when the going gets tough. Nowhere were these two sides of Bangladesh better epitomised than the nation’s first Test, when they took on India in Dhaka. Bangladesh, electing to bat first, got off to an outstanding start, reaching 400 all out thanks largely to an outstanding century from Aminul Islam, with further contributions from Habibul Bashar and the tail. Things got even better for the newcomers, reducing India to 236 for 6 in their first innings with Naimur Rahman among the wickets. However, from such a strong position, things began to falter quickly for Bangladesh. An Indian rearguard action led by a gutsy 92 from Sunil Joshi guided the visitors beyond Bangladesh’s first-innings total, eventually finishing on 429. From there things only got worse for Bangladesh, as the Indian bowling attack tore through their batting line-up, eventually skittling them for 91. India’s batsmen knocked off the 63 runs needed for victory with ease, losing only one wicket in the process, giving them a remarkably comfortable victory. Bangladesh could take some solace from having forced a Test-playing giant such as India onto the ropes in their first ever game, but that only made their eventual capitulation all the more disappointing.

If these examples are anything to go by, Ireland and Afghanistan may find their first Tests tough going. Of the ten teams to have played test cricket, eight lost their first game, with Australia beating England in the first official Test match in history, and Zimbabwe coming away with that more than creditable draw. Yet it is also worth noting that in all the matches discussed here, the newcomers have had their moments, putting their more established counterparts under pressure for significant spells before the heavyweights fought back. Perhaps the lesson here is that the Irish and Afghan teams may have their opportunities to start on a high, but will need to show not only skill but the application needed to drive home any advantages gained in the game’s longest format.