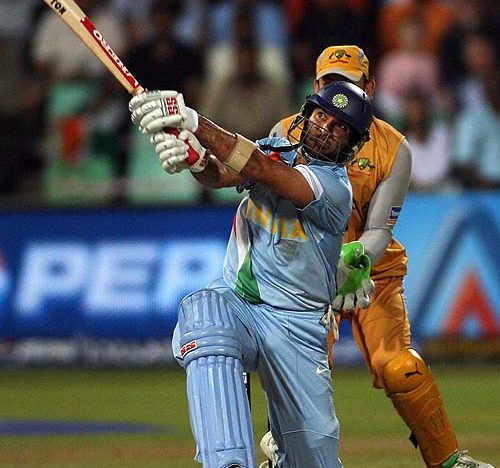 With the Indian Premier League currently in its eleventh edition, while similar tournaments are held in most major cricketing nations around the world, there is little debate to be had over the popularity of Twenty20 cricket. Its format has delighted fans with its action-packed and often closely-contested drama and excitement. Indeed, such is the popularity of the shortest version of the game that many players can eschew red-ball cricket and instead build a career simply plying their trade across the international T20 leagues. With all this in mind, it is easy to forget that little over a decade ago T20 was by far the least-watched of the three main cricketing formats with international matches few and far between and domestic leagues still in their infancy. Then came the inaugural ICC World T20 in 2007. With its stunning individual and team performances, thrilling matches and remarkable climax, it heralded the arrival of the 20-over format onto the world stage, and began to change the very nature of modern cricket in the process.

Many of those with doubts about the quality of the format would have been won over instantly by the outcome of the first match of the tournament. The West Indies met the host nation South Africa at the Wanderers Stadium in Johannesburg, with the latter opting to bowl first. They may have initially regretted that decision, as opener Chris Gayle was in imperious form, racking up a remarkable 117 off 57 balls in what was the first ever T20 international century. Spearheaded by Gayle’s efforts, West Indies managed to reach the commanding total of 205 for 6 – a tall order for the South African batsmen to chase.

And yet, chase it they did. After captain Graeme Smith was dismissed with 54 runs on the board, fellow opener Herschelle Gibbs took it upon himself to push his side towards the target. His 90 not out from 55 balls, ably assisted by a quickfire 46 from Justin Kemp, as well a poor performance from a West Indies fielding side that dropped three catches and bowled 23 wides, turned a mammoth run chase into a cakewalk – South Africa had more than two overs left when they chased down West Indies’ total.

As amazing as South Africa’s victory had been, it was merely one of many group stage matches which succeeded in capturing viewers’ attentions. West Indies went on to an early exit from the tournament, with their second defeat coming two days later at the hands of Bangladesh. Having been put into bat the West Indians struggled to post a strong total, helped only by a late blitz from Dwayne Smith, who made 29 off just 7 balls. Their score of 164 was easily chased down by Bangladesh, with Aftab Ahmed and Mohammad Ashraful both making classy half-centuries.

Elsewhere, Zimbabwe stunned 50-over world champions Australia in the first game of Group B. Having restricted Australia to 138 for 9 in their 20 overs, the Zimbabweans came out strongly, with Brendan Taylor scoring a measured fifty. By the time of the last over, they needed 12 to win, something they managed with a ball to spare through a combination of good batting and good fortune as the winning runs came through four leg byes.

Unfortunately for Zimbabwe this famous victory was not enough to see them through to the next round. Their next game ended in a heavy defeat against England thanks to a middle-order collapse sparked by a spell for 3 for 18 from talented all-rounder Dimitri Mascarenhas, leaving them 50 runs short of England’s total of 188. After Australia then thumped England by eight wickets, chasing down their total of 135 with over five overs remaining, Zimbabwe were knocked out of the tournament on net run rate, a harsh ending for such a spirited side.

There was never any real doubt about which teams would qualify from the group comprised of Kenya, Sri Lanka and New Zealand. Before the latter two teams had even faced each other, both knew they had progressed to the next stage of the tournament, after each thumping the Kenyans. First, New Zealand skittled Kenya for 73, then chased down the straightforward target within eight overs, for the loss of only one wicket. Then, Sri Lanka racked up 260 for 6 batting first against the sorry Kenyan bowling attack, before bowling them out for 88 for a huge margin of victory. These results made Sri Lanka’s victory against New Zealand in the final game no more than a dead rubber.

The final group saw India, Pakistan and Scotland face off, and will be mainly remembered for the first of two classic battles taking place between the old enemies of the Indian subcontinent in the tournament. First off, though, Pakistan saw off the Scots thanks largely to the leg-spin of Shahid Afridi. Afridi ripped through the Scottish batting middle-order, taking 4 for 19 from his four overs to bowl out his opponents for 120 in response to Pakistan’s 171. After India vs Scotland was washed out, the Indians came up against Pakistan still not assured of a place in the next round. The two sides, however, turned out to be almost exactly evenly matched. Chasing a below-par 142 set by India, for whom Robin Uthappa led the way with a half-century, Pakistan found themselves needing just one run off two balls for victory. Yet after a dot ball, Misbah-ul-haq, who had taken his side to the verge of victory with 53, was run out off the last ball, leaving the scores tied. The now-defunct bowl-out system was used to break the ties, with each side getting five attempts to bowl at an unprotected set of stumps. Only three attempts by each side were necessary to decide the victors, however, as Virender Sehwag, Harbhajan Singh and Uthappa all hit the stumps for India, while Yasir Arafat, Umar Gul and Shahid Afridi all missed for Pakistan. Despite India’s victory, the result sent both sides through to next round.

The format of the tournament saw the preliminary group stages succeeded by a Super 8s stage in which the teams were split into two groups of four. Group E saw India, South Africa, England and New Zealand meet. The English side, however, did not last long in this stage. Falling short in successive run chases against South Africa and New Zealand, England suffered from an inability to press home their advantages with bat and ball in both games, holding the upper hand but surrendering it too meekly. This led to them being eliminated before a ball was bowled in their final game.

The group’s other sides had a far closer battle to progress to the semi-finals. New Zealand overcame India by just 10 runs, after the ever-crafty Daniel Vettori took four Indian wickets during their chase of 191. The New Zealanders, though, went on to lose to South Africa in their final group game, with the hosts chasing down 154 in their final over thanks to an excellent 89 not out from Justin Kemp. India, meanwhile, managed to redeem themselves with a remarkable victory over an already-eliminated England. Yuvraj Singh stole the headlines for the Indians as he scored a world-record fifty off just 12 balls, in the process becoming just the fourth player to hit six sixes in an over in a formally recognised cricket match when he did so off an unfortunate Stuart Broad. India’s recovery continued in the following match when they overcame South Africa by 37 runs, a margin of victory significant enough to eliminate the hosts on net run rate, leaving India and New Zealand in the semi-finals.

The other group contained Australia, Pakistan, Sri Lanka and Bangladesh. Pakistan immediately staked their claim as the dominant force of the group, racking up victories against all three sides. Their batting line-up in particular showed its depth with fifties from Younus Khan, Shoaib Malik and Misbah-ul-haq, while Shahid Afridi shone with both bat and ball. Such strong performances ensured Pakistan finished top of the group, setting up a semi-final against New Zealand.

Bangladesh struggled in their three games, as the quality they showed to beat West Indies was not forthcoming. They lost heavily to Australia and Sri Lanka by nine wickets and 64 runs respectively, before being edged out by Pakistan by four wickets. Their only saving grace in this final game was an impressive 71 from Junaid Siddique, though even this was not enough to prevent them from finishing bottom of the group. This left Australia and Sri Lanka to fight it out for the last remaining semi-final spot. However, the Sri Lankans, batting first, crumbled to 101 all out as Stuart Clark claimed four wickets. The Australians then cruised to victory without losing a single wicket, eliminating Sri Lanka in the process.

That victory resulted in Australia setting up a semi-final date with India. They came up against the inspiring form Yuvraj Singh has shown in previous matches, as he racked up 70 off 30 balls to lead India to 188 for 5. Matthew Hayden and Andrew Symonds struck back for Australia with 62 and 43 respectively, but after they were dismissed Australia began to fall behind the required run rate, eventually coming up 15 runs short.

In the other semi-final, New Zealand, electing to bat first, struggled to convert starts into larger scores, Ross Taylor top-scoring with 37 not out as his side reached 143 for 8. Pakistan’s chase was always a comfortable one, led by Imran Nazir, who made a calm and collected 59. They ended up overhauling New Zealand’s total at the end of the 19th over, having rarely looked troubled.

As absolutely everyone was aware, these results set up an India vs Pakistan final. This unsurprisingly prompted much excitement due to the immense rivalry between the two sides as well, not to mention the fact that the two sides had played out a thrilling tie in the early stages of the tournament. Indeed, the final would more than live up to the expectations.

India, choosing to bat first, were led by a commanding 75 from opener Gautam Gambhir. As good as his performance was, however, he struggled to find a batting partner to stay in and support him, as the rest of India’s top order came and went without any significant contributions. A quickfire 30 not out from Rohit Sharma gave the Indians some late impetus, guiding them to 157 for 5.

Pakistan’s innings got off to a poor start as they lost Mohammad Hafeez in the first over, and continued to lose wickets at regular intervals as the overs progressed. When their talisman Shahid Afridi was dismissed by Irfan Pathan for a golden duck, leaving them 77 for 6 it seemed as though Pakistan’s effort was almost spent. Standing in India’s way, though, was Misbah-ul-haq, one of the tournament’s most consistent performers. His characteristically plucky innings, combined with support from the tail, kept Pakistan in the game. With the last over remaining, to be bowled by Joginder Sharma with Misbah on strike, Pakistan needed 13 runs but had only one wicket remaining. After smashing a full toss for six off the second ball of the over, the equation became a far more straightforward one: six off four balls. At this point, however, the almost eternally reliable Misbah fatally played an ill-considered ramp shot when all that was required was a calm head. The ball flew straight to Sreesanth at fine leg and India were euphoric. They had won by five runs and the inaugural World T20 trophy was theirs.

All in all, the tournament proved to be a roaring success, breathing life into a format whose longevity had been highly doubted. Viewers had been promised big hits, stumps flying and tense finishes, and the World T20 duly delivered. Less than eight months later the first ever season of the Indian Premier League was in full swing, and the format has never looked back since.