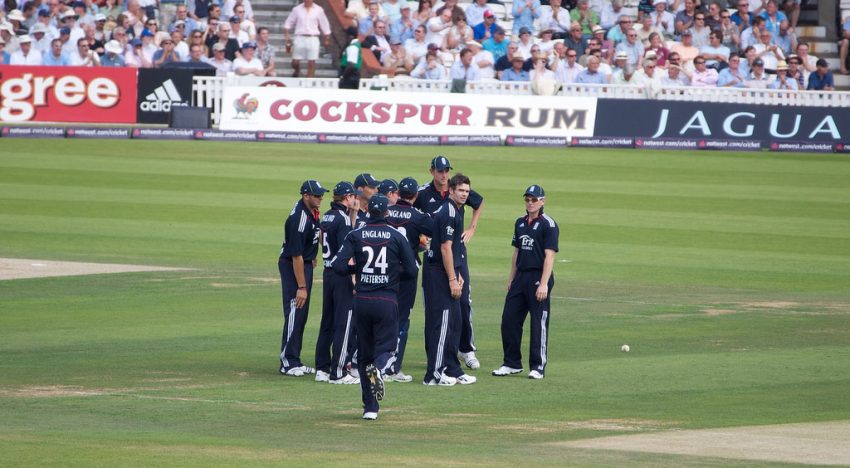 England were pioneers of ODI cricket in the sense that they played the first ever match, but they were quickly overtaken by others. They reached World Cup finals in 1979, 1987 and 1992, losing all three, and it is only recently that they have become among the world’s best sides once again playing an attractive brand of the game. It makes picking a list of 10 great England ODI players a fascinating challenge because how many England players would make an all-time World XI? And does the evolution of ODI cricket into what it now is skew our perspective to favour modern players too readily?

Eoin Morgan made his England debut having switched from Ireland in 2009 and has progressed to become one of England’s key men in a team of big-hitting stars. A clever, calculating cricketer, he has on numerous occasions got England over the line in tricky situations. Rather like the next man on this list, he seldom looks flustered at the crease and is an adept finisher. Takes a lot of credit for England’s post-2015 resurgence, leading from the front with nine centuries to his name at the time of writing.

Seven centuries in an era where runs – and ODIs themselves – weren’t so plentiful and batting in the middle order was a hell of an effort. David Gower was a brilliant batsman and great to watch when in full flow, just perhaps not from the point of view of the fielding side. His 158 against New Zealand in Brisbane in 1983 remains on the list of England’s highest individual scores. He faced just 118 balls and it stands out as one of England’s greatest ODI innings. Just makes it onto this list ahead of team-mate Allan Lamb.

Ian Botham is the first all-rounder on his list, and appears quite early on because the highs in his ODI career never quite matched his illustrious Test career. Nevertheless, he was a vital part of an England team that reached World Cup finals in 1979 and 1992. Two of his six man-of-the-match awards came at the 1992 World Cup, one against India and one against Australia. He scored quickly, and bowled economically, but, while capable of being a match-winner in coloured clothing, he couldn’t turn it on as consistently as he did in whites.

Read More: The Greatest English All-Rounders of All Time

As one of the stars of England’s ODI resurgence, Joe Root is on target to break several England records, having already scored almost 3,500 runs at an average of almost 49 with nine centuries including one in the World Cup. He possesses all the shots, scores runs all around the wicket and was the first Yorkshire batsman to score an ODI century at Headingley, achieving the feat in 2014. He is versatile enough to rebuild if early wickets are lost or cash in when the team is in a strong position. Root generally delivers on the biggest stage, but England fans will be hoping the Test captaincy doesn’t hinder his ODI game.

Darren Gough’s career spanned the disappointing period during which England stopped making World Cup finals and instead registered little impact at the game’s showpiece events. That makes it all the more remarkable that he finished with well over 200 wickets at an average of less than 28. A quick and skiddy bowler, he had a lethal Yorker and used reverse swing to make up for a lack of height. Gough played his part in almost getting England over the line – as did a few in this list – to win the 2004 Champions Trophy. It may yet be some time before he is overtaken and bumped down to third on the list of England’s ODI wicket-takers.

Another case of what might have been for England. Kevin Pietersen is the only Englishman to score two World Cup centuries, and he scored them less than two weeks apart, against Australia and the West Indies in 2007. He really started the switch-hitting phenomenon, memorably bemusing Scott Styris at the Riverside in 2008. Pieterson often stood out in a mediocre side with his fearless style of batting and when his career was curtailed, he had scored well over 4,000 runs at 41 with nine centuries. He would have easily surpassed Trescothick’s century record had he somehow been kept in the team, but it wasn’t to be.

Nobody has come close to matching Graham Gooch’s longevity in an England ODI shirt and sustained excellence at the highest level. Between 1976 and 1995, Gooch played 125 times for his country, helped England reach three World Cup finals, and scored eight centuries, including a brilliant one against India in the 1987 World Cup semi-final. At a time when openers weren’t expected to blast off from the word go, he was able to effectively move through the gears and become an important part of what was a very good England team. Gooch captained England on 50 occasions – including the 1992 World Cup run to the final – winning more games than he lost.

Paul Collingwood was an all-rounder in every sense of the word. He scored five centuries, still has the best bowling figures by an England player in an ODI and played more games than anybody else. A brilliant fielder to boot, he took some staggering catches with his most famous the one to dismiss Matthew Hayden at Lord’s in 2005. Collingwood also captained England and would average 35 with the bat at a strike rate of nearly 77, all the more impressive given he came into the side in 2001 as a young man when it was really struggling. Anything but flashy, he was a genuine match-winner all the same; he just was not quite as entertaining and flamboyant as the men that beat him to the top of our list.

At his peak, there were few batsmen as good as Marcus Trescothick at the top of the order. Capable of eviscerating attacks – which he did on many occasions – he still has more ODI centuries (12) than any other English player. Standing tall at the crease, he struck the ball powerfully and scored quickly, with a strike rate of 85.21. Yet, for all his brute power, Trescothick could still manoeuvre the ball cleverly, played spin well, and added even more value to the side by occasionally keeping wicket. But for his unfortunate health problems, that century record would have been put even further out of reach; his ODI career lasted a little more than six years.

The 2005 Ashes may have secured Andrew Flintoff’s legacy, but he was arguably more effective in one-day cricket, where his body wasn’t under as much stress as the five-day game. He averaged less than 24 with the ball, and took a wicket every 32.7 balls (only Liam Plunkett can better this). His raw pace, steep bounce and accuracy made him hard to get away. A particular highlight for Flintoff was his hat-trick against the West Indies in 2009. He hit 91 sixes in ODI cricket, which for a long time was an England record. He is third on the list of England’s ODI wicket-takers and ninth on the list of England’s ODI run-scorers. Finally, he was the ICC ODI Player Of The Year in 2004 and made their team of the year three times between 2004 and 2006. A fully-fit Flintoff made things happen for England and was always entertaining while doing so.