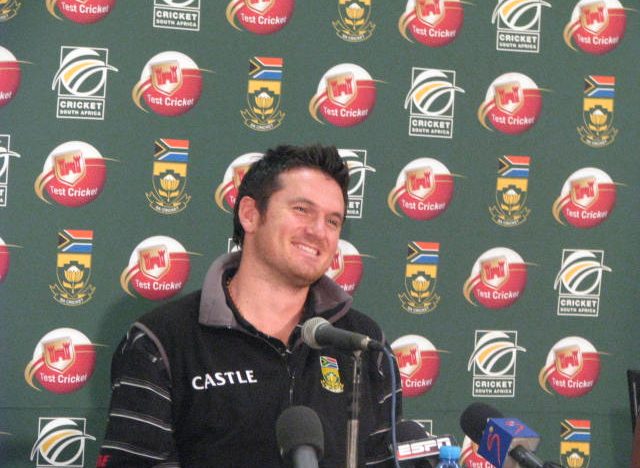 Captaining the South African national side is often a thankless task that comes with a disproportionate amount of criticism. It takes a big individual and an immense amount of character to keep going forward when you can hear the knives being sharpened. These are the men who have made a difference to the fortunes of South African cricket and guided the ship home when all hope seemed lost.

Someone was always going to have to do the unenviable task of taking the reins from Graeme Smith and that man was Hashim Amla. It could be akin to taking the mic from Sinatra. Over his 14 tests Amla battled away and suffered a dramatic loss of form. The team won 4, lost 4 and drew 6, giving the peaceful warrior a win percentage of 28.57. No fan or personnel in the media could believe Smith was gone and Amla was made the scapegoat. He did come away from the job with one incredibly impressive achievement and that was being the first South African captain to win away from home in Sri Lanka during the two match test series in 2014. His silent leadership wasn’t everyone’s cup of tea but he did leave a legacy, of that there can be no doubt. During his final test as captain he scored a double ton in Cape Town against England. After that match he resigned as captain and left many people scratching their heads. Ever graceful, ever talented, Amla was a good South African captain.

Percy Sherwell was born on the wild South Coast of KwaZulu-Natal in 1880. He would make his debut against England at the age of 26 in Johannesburg and start his first of 13 tests for the Proteas of which he captained them all. Sherwell was one of the pioneers when it came to captaining South Africa. It was still very early on in the Proteas history when he picked up the torch. In his 13 tests as captain, South Africa won 5, lost 6 and drew 2; this gave him a win percentage as captain of 38.46. It was Percy Sherwell who would start a long and proud tradition of South African captains scoring a 100 at Lords, as he did in 1907. He would also oversee South Africa’s first ever victory against Australia in Adelaide in the 1910-11 season. There is no doubt that Percy Sherwell put the foundations in place for future Proteas captains to come.

Ali Bacher will be remembered for being the only Proteas captain with a 100% win record. This is due to the unfortunate fact that Bacher (and many other talented South Africans) lost the right to play due to international sporting sanctions imposed in the 1970’s. Cut off in his prime, Bacher only captained 4 tests and won all of them. They were all against Australia and Bacher was the man to oversee a comprehensive whitewash. He was a fine tactician and strategist. Had South Africa been able to play during those times there is no telling the success they would have enjoyed. Bacher would have had arguably one of the best ever Proteas teams to captain. Ali Bacher may have had a short international career but it was a very successful one.

AB de Villiers only took charge of the test side twice before handing the responsibility over to good friend and teammate Faf du Plessis. However, his record as One Day International captain is a sparkling one. In 102 matches he oversaw 59 wins which gives him a win ratio of 60.71%. He has now also relinquished the captaincy in the shorter forms of the game to du Plessis, but that shouldn’t detract from his great performances. De Villiers took leading from the front to a whole new level as he often demolished attacks and singlehandedly won games by himself. His demanding leadership got the best out of teammates and spontaneous decisions often took opposition teams by complete surprise.

Jack Cheetham was ahead of his time and began to show teams that a player’s fitness and fielding was essential to winning games. He would have no doubt been a competitive captain in the modern game today. Cheetham was an understanding captain, but also a strict one. He asked a lot of his players and made sure the South African team of the 1950’s were always giving their best even in a losing cause. In his 15 games as Proteas captain he oversaw 7 wins, 5 losses and 3 draws. That gave the man from Cape Town a 46.66% record as captain. Cheetham cut his teeth at the age of 32 during his first test series as captain against Australia. The Proteas side touring were given no chance and written off before a ball had been bowled. Cheetham led South Africa to a drawn series and the belief started to grow. His courage and leadership set the Proteas on course for further success when travelling away from home.

When the call came back for Wessels to return to his native South Africa and captain the country of his birth he answered. Due to international sporting sanctions Wessels looked elsewhere to play international cricket. He played 24 tests for Australia before the Proteas were invited back to play on the international stage. Kepler Wessels was asked by then director of South African cricket and former Proteas captain Ali Bacher to guide the Proteas out of the cricketing wilderness. There was no better man to do it. Wessels was stern, strong and unyielding. He was the perfect candidate and didn’t let his country down. In the 16 test matches he captained South Africa won 5, lost 3 and drew 8. Wessels record was more than decent; however the biggest contribution he made was to leave a settled Australian team where he was enjoying great success to answer his country’s call. With Wessels guidance South Africa were able to rise from the ashes.

Faf du Plessis has matured more than any other international cricketer over the last 5 years. His rise from domestic cricket in South Africa to the world’s biggest stage is unparalleled and he now holds the honour of captaining South Africa all forms of cricket. He has proved a shrewd leader and looks set to lead South Africa for some time yet. In 15 Test matches he has overseen 9 wins, 3 loss and 3 draws, with South Africa dismantling New Zealand and Australia away from home, backing that up with a test series whitewash against Bangladesh at home. All the evidence points to du Plessis just getting started as he looks to take South Africa back to number one in the world in the test arena. His measured leadership is backed up by a ruthless aggression. The world is there for du Plessis to conquer it and that is exactly what he intends to do.

A miscalculation on the Duckworth Lewis method cost Pollock his job as South African captain. There was nowhere to hide as the Proteas went crashing out of the World Cup in the group stages at home. A low moment in the history of the Proteas but up until then, Shaun Pollock had enjoyed a very successful stint as captain over three years. In 26 tests he oversaw 14 wins, 5 losses and 7 draws. When one considers the job he had to do with the new ball and priceless runs he made guiding the tale home, you realize just how much Pollock had on his plate. For the majority of the time he outdid himself. Producing results the country could be proud of. International cricket is a lonely place when it goes against you and Pollock was the man to pay the ultimate price. His win percentage of 53.84 is the highest of any captain that has captained over 20 games.

Hansie Cronje did a huge amount of good and bad to South African cricket. As a captain, he was one of the very best the world has seen. His record seems to vindicate him of actual match fixing as his win percentage is a phenomenal 50.94. In his 53 games as captain South Africa won 27, lost 11 and drew 15. He got the best out of a side that idolised and respected him. His leadership went further than just among his peers. Cronje’s contribution towards a Proteas team that was fairer and represented all South Africans was recognized by the republic. He played a great part in pulling South Africans together from all walks of life after a troubled past. No one will ever forget Cronje embracing Makhaya Ntini as South Africa began buying into a rainbow nation. It could have been those scenes that a young Kagiso Rabada was watching when he fell in love with the game. Of course, everyone remembers Cronje’s downfall, but he also did an enormous amount of good as South African captain, both on and off the field.

It was 2003 when South African cricket was reeling. The pain and betrayal of the Hansie Cronje saga was still fresh and had alienated fans and divided the republic. Shaun Pollock had just been fired as captain for being the man that misread a Duckworth Lewis sheet; an error that saw the team knocked out of a home World Cup. There was a toxic atmosphere around South African cricket and it needed a saviour. Step up a 22 year old Graeme Smith.

Smith was big in size and character and became the pillar of South African cricket, the foundation that it was rebuilt from. If there was a barrier to break through he would be the first man to run through the wall so his team could get through. He was a giant of a man and left a legacy that will be nigh on impossible to beat.

Under Smith’s leadership South Africa went 9 years unbeaten away from home – a stat that makes you read it twice and possibly a third time, until it sinks in. He was also the first South Captain to win a test series away in Australia. In 108 games, South Africa won 53 times under Smith, lost 28 and drew 27. From the uncertainty and shame of 2003 to a sunny summer’s day at the home of cricket, Lords, in 2012, Smith stood at first slip and watched the winning catch snapped up by Alviro Petersen to take South Africa to the number one test team in the world, as South Africa won the 3 test series against England 2-0. Smith had achieved what he set out to do and now stood at the summit of world cricket. Graeme Smith was, without a doubt, the best captain South Africa (and possibly the world) has seen.