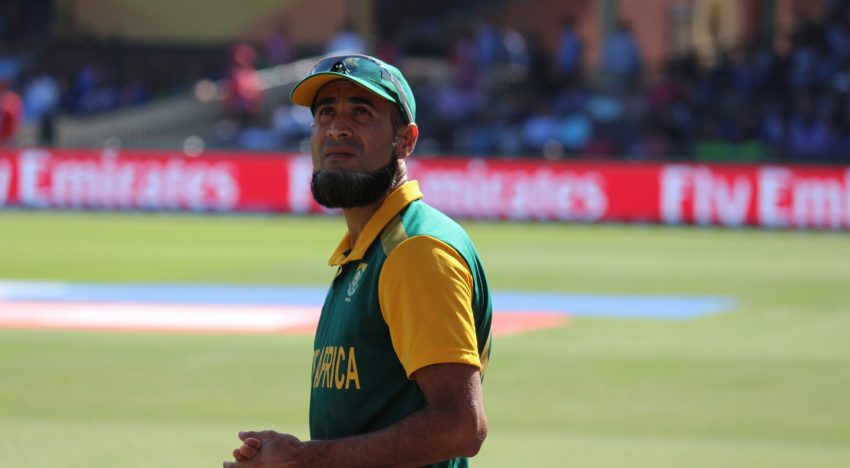 The Proteas have always been renowned for having a bowling attack that consists of pace and aggression. There is another side to this attack that hasn’t always got the recognition they deserve. Those are the unsung heroes of the art of spin bowling. Here are 10 of the greatest spin bowlers of all time who have played for South Africa.

The Johannesburg-born Eksteen made his debut in 1991 when the Proteas played against India in their first test back from the international sports sanction they had received due to the Apartheid regime. Eksteen was a slow left-arm orthodox. His international career does not do his ability justice as he only ran out 7 times in tests and 6 times in ODI’s for South Africa. He was unfortunate to play in a time where the think tank of South Africa generally ignored spin bowling. His test average was 61.65 with 8 wickets to his name and his ODI average was 90.50 with two wickets. His domestic record is a fantastic one where he picked up 468 wickets in 142 games. If Eksteen was managed better over the 90’s he could have enjoyed great success on the international stage.

Johan Botha began playing for the Proteas in 2005 and will always be remembered for his ability to adapt to tough conditions. He had an incredible ability to read the game well and always took his chance when called upon. He was largely considered a better bowler in the shorter format of the game and certainly enjoyed greater success there. Botha played 5 tests, 78 ODI’s and 40 T20’s. He took 126 wickets over all three formats and his best average was in T20’s where he averaged a very tidy 22.24. Botha always grasped an opportunity and was even given the captaincy in the shorter formats due to the leadership he showed whilst bowling his right-arm off spin.

Pat Symcox’s right-arm offbreak wasn’t the best the world had ever seen but he had the intellect and guile to get into a batsman’s head and take wickets. Symcox suffered at the hands of South Africa’s isolation and was 31 by the time the Proteas were allowed back onto the international sports stage in 1991. He represented South Africa 20 times in tests and 80 times in ODI’s where he enjoyed the bulk of his success. He took 37 wickets in tests and 72 in ODI’s, with his average in the shorter format being his better one at 38.36 There is no doubt that with more opportunity Symcox could have had more of an international impact.

Robin John Peterson was a versatile slow left-arm orthodox bowler that represented South Africa in all three formats. His debut was against Bangladesh in 2003 and he went on to take 137 wickets. Peterson will be remembered for his contribution towards the Proteas’ 2011 world cup campaign where he was a stand out bowler on the Indian wickets. Often opening the bowling and getting some big scalps up front, Peterson finished as the leading wicket taker at the tournament for South Africa with 15 wickets at an average of 15.86.

Cyril Vincent was a highly talented left slow left-arm orthodox. Vincent was born in 1902 and made his debut in 1927 against England in Johannesburg. He went on to play 25 times for the Proteas and took 84 wickets at an average of 31.32. His best bowling figures came against England at Headingley where he took 8/149. Cyril Vincent was an immense talent during a time where professional cricket did not offer the financial rewards they do today. He only ever played two Currie Cup games in South Africa as he couldn’t get the time off work. If Vincent had played in today’s game he would have thrived and been a world beater.

Paul Harris made his test debut at the age of 29 against India in Cape Town. He went on to play 37 times in tests for the Proteas taking 103 wickets at an average of 37.87. He only played 3 ODI’s and picked up as many wickets at an average of 27.66. The work Paul Harris did for the national side during his 4 year career cannot be looked past. During that time South Africa did not lose a test series away from home. His ability to create pressure at one end was his biggest strength. Harris never turned the ball a great deal bowling slow left-arm orthodox but did pick up wickets. His 103 wickets in test makes him the 14th leading wicket taker of all time for South Africa.

Nicky Boje also enjoyed success as a slow left-arm orthodox. He represented the Proteas in 43 tests and 115 ODI’s. He took 100 and 96 wickets respectively playing those formats. His average in tests was 42.65 and 35.57 in ODI’s. The chances he had weren’t always forthcoming even when he was in the side as the majority of pitches he played on were seamer friendly. When called upon Boje had the ability to change a game. He was the first to make the premier spinner position his, post readmission. His 8 wicket haul against New Zealand in 2003 to help the South African’s square the series was one of his finest moments.

Affectionately known as ‘Gogga’ which means insect, Paul Adams was the one that had South African fans believing in spin bowling. His unusual action did not stop him from taking 134 wickets in 45 tests at an average of 32.87. He burst onto the scene and immediately had the world questioning who he was as he ripped through the English top order in his debut series. Adams played 24 ODI’s for South Africa and picked up 29 wickets at an average of 28.1. His tally of test wickets make him the 2nd leading wicket taker for spin bowlers in South Africa and 9th of the all time leading wickets takers for South Africa. Paul Adams was a breath of fresh air and produced some of the most exciting left-arm chinaman bowling cricket has seen.

Imran Tahir is by far the most talented right-arm legbreak bowler South Africa has seen. He is South Africa’s best chance to win their first World Cup in 2019. The Pakistan born Tahir has played 20 tests, 74 ODI’s and 31 T20’s for the Proteas. His test average of 40.25 indicates that this is where he struggles the most. It is the shorter format where he is not only the best in South Africa but the world. Tahir has taken 127 wickets in ODI’s at a sensational average of 23.65. His 54 wickets in 31 T20 games has given him a phenomenal average of 13.7. Few bowlers have the ability to control a run chase like Imran Tahir. He bowls at a good pace and often outfoxes the opposition. There has never been a better one day bowler, regardless of style, in South Africa than Imran Tahir.

Hugh Tayfield was the greatest spinner South Africa ever produced. His right arm offbreak terrorised the opposition. Tayfield made his debut in 1949 against Australia in Johannesburg. He went on to play 37 test matches and took 170 wickets at an average of 25.91. Tayfields 170 test wickets makes him the most successful spin bowler to have ever played for the Proteas. His prolific record does not look like being beaten anytime soon either. Hugh Tayfield was the exception and proved you can take wickets on green pitches as a spinner in South Africa. His performance against England in the 1956-57 series was simply outstanding. During the fourth test in Johannesburg he bowled 137 deliveries without conceding a run. He recorded his best bowling figures during that game as he picked up 9/113. A remarkable effort that won’t ever be matched again.