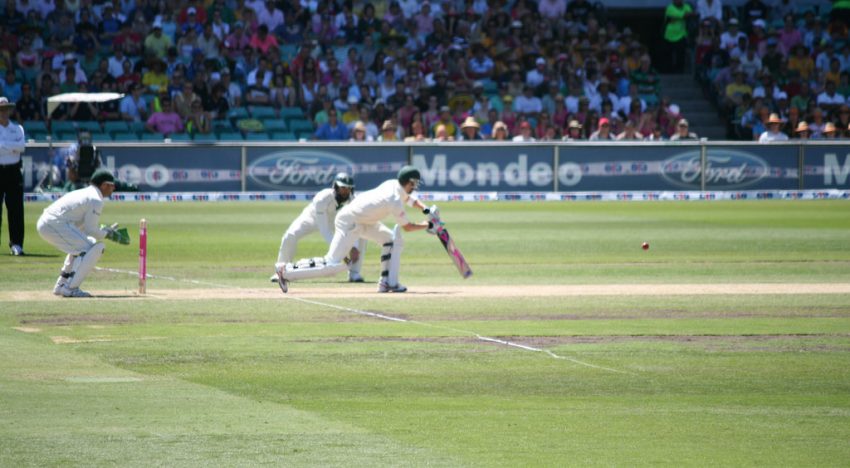 Wicket keeping can be a thankless task. Yet, standing behind the stumps for days on end is a job that comes with intense pressures. Not only does one need to have amazing powers of concentration, but also remarkable levels of endurance. These are the standout men who’ve kept wicket for the Proteas over their history.

The Bloemfontein-born Van Wyk did everything he could to get a sustained run in the Proteas side but unfortunately was around during the Mark Boucher era. Van Wyk enjoyed a wonderful first class career and in 155 first class matches he took 405 catches and made 16 stumpings. In his List A career he played 244 games, took 223 catches and 26 stumpings. This impressive record didn’t go completely unnoticed by the South African selectors and he got to run out for the Proteas 17 times in One Day Internationals, taking 10 catches and making one stumping. His international T20 career was also brief, as he played 8 times and took five catches and made 1 stumping. Van Wyk will be best remembered for the part he played in the 2011 World Cup. Still going strong today at 38 years of age, Van Wyk’s is yet to take his final catch.

There was no greater casualty during the Mark Boucher legacy than Nic Pothas. Pothas enjoyed a remarkable domestic career. In 218 first class games he took 614 catches and made 45 stumpings. He played 236 list A games and took 211 catches and made 53 stumpings. His T20 career reads 79 games, with 33 catches and 14 stumpings. Those numbers would have been enough to get into any team around the world. Especially when you throw in his batting average of around 40. Unfortunately it just wasn’t to be for Pothas as the door never opened wide enough for him as Mark Boucher was always leaning against it. His 3 ODIs for the Proteas were as good as it got as he took four catches and made one stumping. A fine keeper that arguably deserved more of a chance.

The life of this highly skilled wicket keeper was cut short at the age of 31 by a fever after he returned home with the Proteas in 1935. South Africa had just beaten England and Jock Cameron played a vital part in their success. Schooled in the rolling hills of the Kwa-Zulu Natal Midlands at the prestigious Hilton College, Cameron was identified as a world beater at a young age. His glove work was second to none and a pleasure to watch. Cameron played 26 test matches, taking 39 catches and making 12 stumpings. In 107 first class games he took 155 catches and made 69 stumpings. There is no doubt that there was a lot more to come from this immensely talented wicket keeper. A career that wasn’t fulfilled but there can be no doubt that Jock Cameron left his mark on South African cricket.

Denis Lindsay made his debut in 1963 and his career abruptly ended in 1970 when South Africa were banned from the international sports stage due to the Apartheid regime. In 19 tests he took 57 catches and made two stumpings. It was Lindsay’s flamboyant batting that made him a great wicket keeper and team member. He not only won games with his glove work but also with the willow. Memorably, Lindsay inspired South Africa to their first ever test series victory over Australia, taking 12 catches and amassing 606 runs (at an average of 86.57) in the 1966-67 encounter. The dynamic Lindsay had a lot more to offer international cricket, but even during his brief stint he showed just what a class act he was.

AB de Villiers had a short stint as South African wicket keeper, which lasted around 2 years between 2012 and 2014. It was during this period that de Villiers showed the watching world that there are very few things he can’t do. His 11 catches in 2013 against Pakistan during the first test in Johannesburg equalled a world record from 1995 that Jack Russell had set. de Villiers’ reflexes behind the stumps were legendary and he often pulled off the most unlikely of catches. His catching down the leg side to sensationally quick bowling against India in Durban during the 2013 boxing day test was simply unbelievable, helping South Africa win the test by 10 wickets. Just like everything else de Villiers did, he was also electric behind the stumps.

John Waite was a great South African wicket keeper, who enjoyed a 14 year career. Waite made his debut in 1951 at the age of 21 and played his last game against England in 1965. This decade and a half career saw him earn 50 test caps, during which he snared 124 catches and 17 stumpings. His first class career was also outstanding, as he took 427 catches and made 84 stumpings in just 199 games. Johnny Waite had a way about him and rose to stardom quicker than expected. He was the first man to play 50 tests for South Africa during the pre-isolation era, which shows just how talented he was as a wicket keeper. If Waite played during today’s era he might have gone on to set unbreakable records. He still holds one record and that is the most dismissals in a five test series with 26 – he shares this record with Mark Boucher. 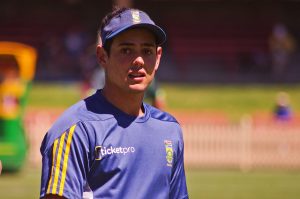 Quinton de Kock may be in the infancy of his career but he has the makings of South Africa’s greatest wicket keeper if he can keep his feet on the ground. In his 19 test matches he has taken 76 catches and made five stumpings and his 79 ODI games have yielded 104 catches and five stumpings. These are outstanding stats for a wicket keeper alone, but when you add his batting prowess to the mix, you realise just what a once-in-a-lifetime player Quinton de Kock is going to be. As it stands at the age of 24, the stage is set and the world his oyster. The next 12 years could see the career of one of the greats of not only international wicket keeping but also international cricket.

There career of Ray Jennings is an incredible but also a tragic one. He burst onto the scene during the start of the isolation period for South Africa in 1973-74 and hung up his boots as the world let South Africa back in during the 1992-93 season. His numbers indicate that he would have enjoyed a prolific international career. In 159 games he took an amazing 567 catches and made 54 stumpings. In his 148 List A games he took 187 catches and made 19 stumpings. It was unfortunately a case of the wrong place at the wrong time for the dynamic Jennings. It will be hard not to look at what could and should’ve been. Either way, Jennings was the best wicket keeper in South Africa for two decades and deserves the plaudits he has earned.

Dave Richardson was the man that was chosen to pick up the gloves and steady the ship as South Africa made its way back into international cricket. Richardson also had a chunk of his career and arguably his best years taken away by the isolation period. When called upon he did not let anyone down. In 42 tests he took 150 catches and made two stumpings and in 122 ODI games he secured 166 dismissals. Richardson hung up his gloves in the 1998 season at the age of 39 and can look back on a wonderful career that afforded him the chance to represent his country when so many weren’t able to. The way in which Richardson carried himself was almost his biggest trait. Hard working and honourable, Dave Richardson made sure he was always ready to produce the goods in pressure situations. 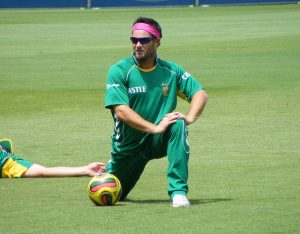 Mark Boucher is arguably the greatest wicket keeper of all time

There is a reason Mark Boucher’s nickname is ‘Guinness’ as there are few records he hasn’t broken. From humble beginnings in East London in 1976 where he was born, Boucher would go on to bring the cricketing world to its knees. He is not only the greatest South African wicket keeper but also the very best the world has ever seen. The records he set are very unlikely to be broken. In 147 tests he took 532 catches and made 23 stumpings. In 295 ODIs he took 403 catches and made 22 stumpings. In 25 T20s he took 18 catches and made one stumping. When you add all of those dismissals together, you see just how sensational Mark Boucher was. In all three formats, he took 999 dismissals! Boucher was meant to retire at Lords in 2012 at the end of a three match test series against England. Tragedy struck during a warm up game after a bail hit him in the eye, stopping his test career dead in its tracks. This meant that Boucher was stranded on 999 dismissals. However, during a test against the West Indies in 2005 at St Johns, Graeme Smith used all 11 to bowl. The captain tossed the ball to Boucher and bowling his right-arm military medium, Boucher picked up the wicket of Dwayne Bravo. When you add that wicket to his 999 dismissals, it gives Mark Verdon Boucher 1000 international dismissals. We will never see the likes of a Boucher again – the greatest wicket keeper South Africa and the world has seen.