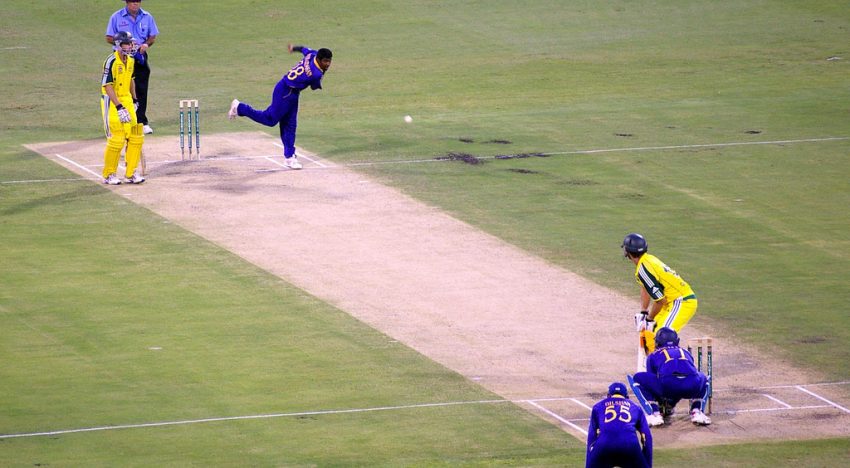 Cricket fans are used to headlines that echo some variation of ‘Sri Lankan Spinners Dominate Again.’ The pitches of Sri Lanka undoubtedly favour spin and so do many of their bowlers. Sri Lanka has a reputation for producing superb spin bowlers who have the ability to out-fox the most experienced of batsman. The small island nation was given Test status in 1982, meaning many gifted cricketers did not have the opportunity to represent their country like other cricketing nations, but their skill was recognised regardless. Today, we’ve named 10 of Sri Lanka’s finest ever exponents of spin bowling.

Don Anurasiri was a left-arm orthodox spinner for the Sri Lankan Test side who had a sporadic career. Making his debut in 1986, he was able to bowl for long spells when called into the Sri Lankan Test side to bowl in tandem alongside the great Muttiah Muralitharan. Anurasiri is a cricketer that many believe did not show his full potential during his limited career of 18 matches for Sri Lanka. However, he still produced some excellent performances, such as his 10 wickets in 1992-93 series against Australia, where he twice claimed the vital scalps of Mark Taylor, David Boon and Allan Border. Anurasiri’s final Test appearance was in 1997-98 against Zimbabwe.

Although expensive, the right handed leg spin of all-rounder Upul Chandana was undoubtedly effective. Chandana is considered one of the best leg spinners that Sri Lanka has ever produced, despite inconsistencies in form that cost him his place in both the ODI and Test sides during his career. He made his debut in the ODI team in 1994 and was part of the World Cup winning 1996 side. He made his first appearance in the Test team in 1999, retiring from the international cricket in 2007. Chandana took one 10-wicket haul and three five-wicket hauls in Test cricket, with 37 wickets from 16 matches. In ODI cricket, he took a five-wicket haul against South Africa and claimed 151 wickets from 147 appearances.

As a right arm bowler of both off spin and leg spin deliveries, there was speculation that Ajantha Mendis would become the next Muttiah Muralitharan when his international career began. Injury and subsequent struggles to reclaim his early form have hampered his selection in the national Sri Lankan sides. Mendis made his T20, ODI and Test debuts for Sri Lanka in 2008 and wasted no time in showcasing his ability – his Test debut match figures of 8/132 are the best by any Sri Lankan bowler. He then broke an ODI record by taking his first 50 wickets in just 19 matches. Mendis also currently holds the mantle for the best bowling figures in T20 cricket at an international level with 6/8. He has taken four five-wicket hauls in Test cricket and three in the ODI form of the game. In 19 Test appearances, he has taken 70 wickets and in 87 ODI appearances he has taken 152 wickets.

From Ceylon (the country was known as Sri Lanka from 1972), Lucien De Zoysa was a cunning leg spinner who played in the 1940s and 1950s. De Zoysa played against India, Pakistan, Australia and the West Indies in appearances for his country. He took the most wickets for his side during the 1944-45 tour of India and became the first bowler from his island nation to capture a six-wicket haul at international level against Pakistan at Karachi in 1950. In his 11 matches for Ceylon, De Zoysa’s best bowling performance was 6/65 and his average an impressive 24.05. After his playing days De Zoysa became a famous cricket commentator.

An all-rounder for Sri Lanka at ODI and Test level since 2007 and 2014 respectively, Dilruwan Perera has used his right-arm off break to take wickets at crucial times for his country. Perera has had periods of poor performance, which have cost him his place. Although his batting talents have at times failed to shine, his bowling has continued to impress. In the current Test side he has been the second spinner to Rangana Herath. The duo has used their skill to embarrass professional batting line-ups. Perera reached 50 Test wickets in only 11 matches, the fastest for any Sri Lankan cricketer. He is the first Sri Lankan to take 10 Test wickets for his side and also contribute 50 runs with the bat, and he has the third best bowling average of any Sri Lankan bowler at 28.58. Throughout his career he has taken four five-wicket hauls.

With a first-class career spanning two decades, all-rounder and leg spinner Gamini Goonesena played for a variety of teams, including Ceylon, Nottinghamshire, Cambridge University and New South Wales during the 1950s and ’60s. A superb leg spin bowler, Goonesena seemed to have success wherever he went. Throughout his career Goonesena bowled 35,172 first-class deliveries in 194 matches securing 674 wickets at an average of 24.37. He took 41 five-wicket hauls and eight 10-wicket hauls during his first-class career.

The best leg-spinner that Sri Lanka has ever produced is arguably Somachandra De Silva. De Silva was a dominant spin bowler in the international arena after Test status was granted to Sri Lanka in 1982. De Silva was the head of the spin attack that included off spinners Ajit de Silva and Lalith Kaluperuma before both received 25 year suspensions for a rebel tour to South Africa. Although already in his forties by 1982, De Silva still managed 37 wickets in just 12 Tests before retiring.

A career spanning three decades, Tommy Kelaart made his debut in 1890 before retiring in 1926 at the ripe old age of 55. In a country that prides itself on producing right arm off spin maestros, to this day Kelaart is still regarded by many as the best left-arm spinner Sri Lanka has produced. It has been reported that for sixteen years his bowling average was five runs a wicket. His devastating accuracy with the ball enabled him to be the first Ceylonese bowler to take 1,000 wickets, retiring with more than 2,000 wickets. In 1891 Kelaart famously bowled the great English all-rounder WG Grace at Galle for a duck while playing for Ceylon.

Rangana Herath has used his skill as a left-arm spinner to become the best in modern Test cricket since New Zealander Daniel Vettori. Herath made his debut in 1999 for the Test side and in 2004 for the ODI side. It was only after the retirement of Muralitharan that the Sri Lankan side came to fully appreciate the skill of Herath, who took over as the team’s main spin bowler. Although he retired from ODI and T20 cricket in 2016 to focus on Test cricket, Herath’s skill in the shortest form of the game shone in the 2014 World Twenty20 when he took the record figures of 5/3 on the way to Sri Lanka winning the title. He has five 12-wicket hauls, second only to Muttiah Muralithara’s six. Herath also has 29 five-wicket hauls to his name in Test cricket and became only the second Sri Lankan bowler to take 1,000 first class wickets.

In 1992, the cricket world witnessed the debut of arguably the best spin bowler to ever play the game. The first wrist-spinning off-spinner the game had seen, Muttiah Muralitharan destroyed batting line-ups throughout his career at Test, ODI and T20 level until he retired in 2011. His bowling action was continuously subjected to scrutiny by critics and opposition sides – but perhaps this would not have happened if he wasn’t one of the most exceptional bowling talents the game has ever seen. Muralitharan dominates the bowling records of Sri Lankan and International cricket at Test and ODI level. Had T20 cricket come to prominence earlier than it did, it would have become another wicket hunting ground for Muralitharan. He took 800 wickets in his Test career at an average of 22.72, the most wickets taken by any Test cricketer in history. His spin produced 22 10-wicket hauls in Test match cricket, the highest amount in Test cricket. In ODIs, he took 534 wickets at an average of 23.08, another record. There can be no doubt Muralitharan sits comfortably among the greatest spin bowlers of all time.