Home General Cricket Is There a Pitch Doctor in the House? 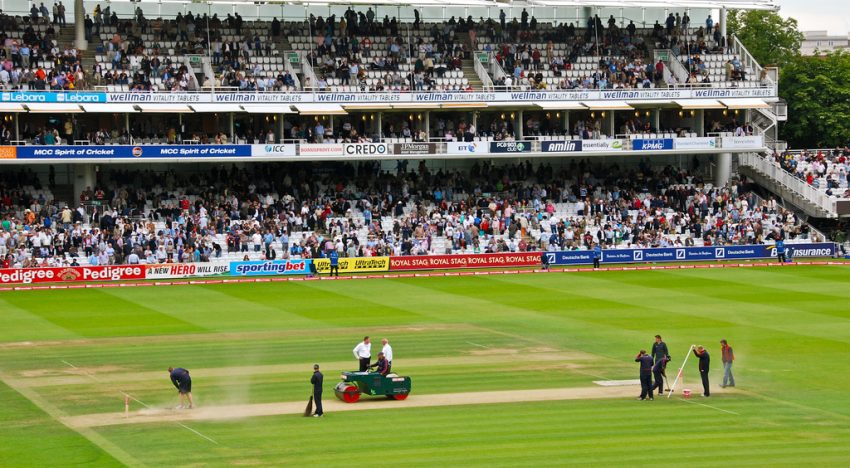 With recent test series been played in India by both Australia and South Africa seeming to be won by pitches deteriorating on the second day rather than any real test between bat and ball, the sport is being marred by the idea of pitch doctoring. In the most recent test in Pune between India and Australia, the pitch was in such poor condition that the ICC labelled the pitch as unacceptable for test cricket. If it was a tactical decision to doctor the pitch, perhaps to make it favourable to India’s three pronged spin attack, it backfired spectacularly. Steve O’Keefe, Australia’s left arm finger spinner, decimated the Indian order. After less than three days, he had figures of 12/70 from the two innings. The fact that the test didn’t even reach a full three days, says far more than it should about the pitch and its preparation, or lack thereof.

This was not the first time touring sides had travelled to India to play on a pitch deemed unacceptable by the ICC. In 2015, South Africa was on tour and the Nagpur pitch came into the spotlight for all the wrong reasons. This time it would be Ravichandran Ashwin who would utilise the prodigious turn offered by the pitch to take 12 wickets, consigning South Africa to a series defeat – at that time, the team’s first defeat in 15 series. The pitch in question was rated poor by the match referee Jeff Crowe. Granted, South Africa’s batting was dreadful throughout the series and there was a discernible lack of form among the team’s top players, but this approach of doctoring pitches to turn prodigiously on the second day may be a new tactic deployed by India to ensure no home series defeats. As it stands, India is still one of the toughest places to tour, with pitches naturally deteriorating by the third or fourth day and heavily favouring spin bowling. Do they really need to produce super dust bowls to aid their cause in already favourable conditions?

The History of Pitch Doctoring: Not Just an Indian Trick

England, during the 2015 Ashes, pulled a similar trick by preparing pitches at both Cardiff, which was slow and lifeless, and Trent Bridge, which from day one appeared unplayable, to favour the home side. The sole aim was to nullify Mitchell Johnson’s pace and bounce, which, when he was in form, made him nearly unplayable. England went on to win the series at home, but how much of that was due to calculated pitch preparation? England bowled to the conditions superbly and embarrassed the Australian order. How far, then, is too far?

Wickets on home soil will always suit the hosting side, as the bowlers and batsmen have grown up playing on similar surfaces for their entire careers. It is also common knowledge that pitches are prepared to suit the home team’s strengths. Surely, though, these should still provide a contest between bat and ball? India has always been known for producing wickets that turn; England’s conditions result in pitches that can generate a lot of swing especially when overcast; Australia and South Africa seem to produce fast and bouncy wickets. These are generalisations, as every wicket has its own idiosyncrasies, but you can see by the way touring sides pick their teams that they prepare in some way for the conditions of the home side. It is now standard practise when touring India to take two spinners, at least. Having a bowler that can generate some swing is a must in England. In South Africa and Australia, having tall, quick bowlers who can create uncomfortable levels of bounce is more than beneficial to the team’s chances of success. The wicket, then, is one of the most important facets of the game and a lot of time is given to captains attempting to read – much like a psychic with tea leaves – what the pitch is going to do. It is one of the fundamental things that makes cricket the sport that it is. Wickets that offer no contest between bat and ball are detrimental to the game and not much fun for the spectators to watch either.

The pressure to win series seems to be driving this phenomena of pitch doctoring. While the home side benefits in the short term by boasting a series win, it is ultimately test cricket that suffers. If this is to become a trend, with the ICC handing out fines for poor wickets intended to swing the favour towards the home side, countries and their regulatory bodies will stop touring. The cricket lover suffers and so does the sport. With test cricket’s popularity lagging behind both the shorter one day format and the incredibly short twenty20 mode, a lack of competitive tours could be the death knell. Test cricket is unfortunately on the back foot when it comes to crowds, and nowhere near as fiscally lucrative as the twenty-over leagues popping up globally. Test cricket, however, does have prestige and a history of rivalries that the shorter formats can only dream of. What can be done, then, to prevent poor pitches marring the sport?

The obvious answer to some would be to employ neutral groundskeepers to oversee the pitch preparation for test matches. This has more than a few problems. The first being how many groundsmen are willing to leave the grounds they’ve worked on meticulously for years to immigrate to one they barely know. The ICC could put in stricter regulations, but, in a sport as over-regulated as cricket, this may not be wise. One solution put forward by Ricky Ponting, Merv Hughes, and Steve Waugh is to scrap the toss and allowing the visiting side the choice of whether to bat or bowl first. It is hoped that this would encourage the preparation of pitches that offer the best contest between bat and ball. This may not be ideal – the toss is an institution – but perhaps is simply necessary, since, in the current climate, the toss can relegate a side to defeat before the first ball is bowled.

What are your thoughts? How should pitch doctoring be handled?