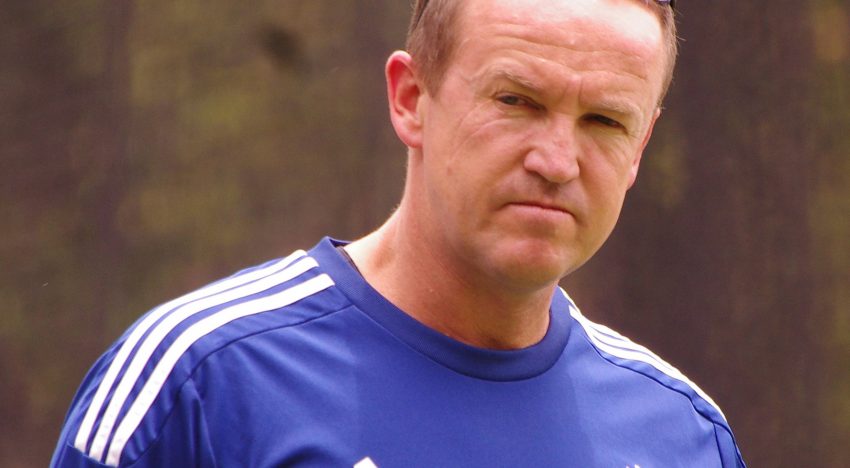 For any cricket fan it is sad to see the present state of affairs in Zimbabwean cricket. Since its fall from grace following the 2003 Cricket World Cup, this African nation has been beaten badly and humiliated everywhere in the world. Barring a few inspiring individual performances they have nothing else to show as a team. Some of their most promising stars were forced to pull the curtains on their careers due to the political turmoil that has gripped the nation since the dawn of the century. The racial profiling of cricketers has cost Zimbabwe some of the best talent and its reputation as a side that could take on the best in the world. But for people who have followed cricket for a while they were an exciting bunch of talent prior to 2003. Here we take a look at the 10 greatest cricketers who have represented Zimbabwe since they first played in the 1983 World Cup.

Not too many players who made only 6 ODI appearances would make it to such a list. But when we talk about a certain Duncan Fletcher there can be no doubt about his credentials as one of Zimbabwe’s best ever cricketers. For the record he was Zimbabwe’s first ODI captain who led from the front during the 1983 World Cup where his unbeaten 69 and 4 for 42 caused one of the biggest upsets in ODI history as the young team defeated the Australians. Playing most of his cricket in South Africa and Rhodesia he is still considered as one of the brightest talents who missed out on a wonderful career and more mentions in the record books due to Zimbabwe’s prolonged absence from world cricket during his playing days.

Though his stint in the Zimbabwean dressing room was short, Neil Johnson is one of the best all-rounders to have ever played for the country. A naturally gifted stroke maker he could take on any attack when on song. His three man-of-the-match performances during the 1999 World Cup earned Zimbabwe their entry into the Super Six stage. He cut short his international career due to the low pay offered by the national board and moved on to South Africa where he played at the domestic level. In 48 ODI appearances Johnson scored 1,679 runs and claimed 35 wickets and scored four hundreds. While his performance in Test Matches were never quite the same, Neil denied world cricket many spectacular performances by cutting short his career.

How can we forget the character behind the name Henry Olonga? The first black cricketer to play for Zimbabwe, he inspired millions in the community to take up the game. He was also the youngest player to represent the country. Though he was dropped for a suspect action, he made a strong comeback and became a permanent part of the team in last five years of his career. Along with Andy Flower, Olonga wore a black armband to protest the ‘death of democracy’ in his country during the 2003 World Cup, which brought an abrupt end to his career. He was hailed in the international community for his bravery but it snatched away one of the most exciting cricketers from international stage. Olonga took 128 wickets at the international level and often surprised batsmen with his raw pace.

David Houghton was one of the first major stars in Zimbabwean cricket and steadied the ship during their early years on the international stage. He captained the team in their inaugural Test Match against India and also scored the first test ton for the country. He was known to lead from the front and built a team that could cause major upsets on its day. A rock solid middle order batsmen, Houghton was known for his unique ability to play aggressive as well as defensive innings, which made him a rare talent. Though he scored a shade less than 3,000 runs at the international level, his test batting average of 43.05 is perhaps the best testimony to his talent as a batsman.

Not too many cricketers announce their retirement at 29 and even fewer retire from the world stage twice. But Tatenda Taibu was not ordinary in any way. He was one of the finest black cricketers to ever play for Zimbabwe and had to fill in the shoes of the legendary Andy Flower before ever playing a first-class game. At the age of 21, Taibu was made captain of the team and had to lead a school-boyish side after reputed players called it quits following the political turmoil and racial profiling of the players. While he rode from one miserable loss to another as a captain he played inspiring innings and was often the only international level player in the otherwise unskilled team. In a career that was wasted by politics, Taibu made 5,198 runs and effected more than 200 dismissals as a keeper.

Ever since Zimbabwean cricket reached its nadir post the 2003 World Cup it has produced very few stars. Brendan Taylor was one of the most inspiring stories emerging from Zimbabwe for many years till he announced his sudden retirement from International cricket citing lack of financial security. One of only two world-class players we have seen from the country in the last decade along with Taibu, Taylor has been one of the finest wicketkeeper-batsman of the modern era. A natural stroke maker, he scored more than 7,000 runs playing in a team where innings defeats and being bowled out in less than 50 overs were the norm. His 12 international hundreds during this period is also the most by a Zimbabwean batsmen in the last decade.

As a 19 year old making his debut in the 1992 World Cup, Alistair Campbell seemed a fish out of water. But he went back to the nets and returned as one of the most elegant left-handers in the world. For the next decade he became a mainstay of the team. An aggressive opener, he would always try to dominate the bowling in ODIs and emerged as one of world cricket’s best players in the 50 over game. A born leader, Campbell is the most successful captain for this country to date. He led Zimbabwe cricket to its peak when they registered the first ever away series victory against Pakistan in 1998-99. He scored over 8,000 runs at the International level and has nine hundreds to his credit.

Along with his elder brother Andy, Grant Flower is one of the best cricketers to have ever represented Zimbabwe. Starting his career as an opener, Grant soon became one of the most dependable middle order batsmen in the world, often stitching memorable partnerships with his brother. His seamless stroke play, especially on the off side, was one of the best sights to watch. Also an effective slow left arm spinner, he was often used to contain batsmen with his strict line and length. He is only the second Zimbabwean cricketer to make more than 10,000 runs at the International level and has 12 hundreds and more than 150 wickets to his credit.

Heath Streak is often referred to as a lion-hearted bowler and would regularly show outstanding strength and stamina even at the end of a day’s play. At the tender age of 21, Streak made his international debut and made an immediate impact as one of the fastest bowlers in the world; his deadly out-swingers left even the best batsmen in trouble. It was during his reign as captain that Zimbabwe cricket went through its darkest chapter and cut short one of the most promising careers at the International level. A genuine all-rounder Streak scored more than 5,000 international runs and secured more than 200 international wickets in both Tests and ODIs. He finished his career with a total of 455 wickets making him one of the best bowlers to have ever played the game.

Andy Flower is by far the best cricketer to have worn the Zimbabwean colours. He is the only true superstar cricketer to have represented the country and one of the finest wicketkeepers of the modern era. Flower established his credentials as the only batsmen from the country who could score runs anywhere in the world and against any bowling attack. He was one of the best exponents of the reverse sweep and played it with a touch of perfection. He led the protest against the country’s board and political leadership during the 2003 World Cup which ended his international career. With 11,580 runs, including 16 international hundreds, Streak is the all time top run scorer for Zimbabwe. As a wicketkeeper, he has more than 300 dismissals to his credit. He also led Zimbabwe successfully and has the second highest win percentage behind only Alistair Campbell.