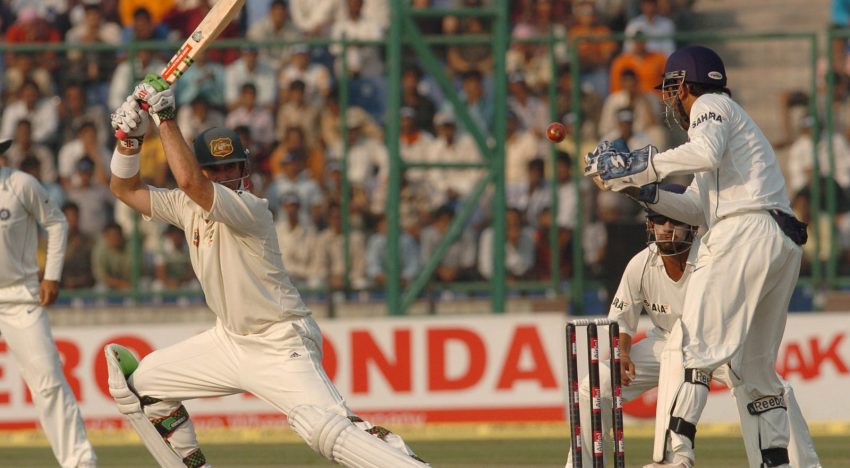 There have been so many great Australian batsmen to take guard at the crease for their country. But who are the greatest?

The Australian cricketers listed below have their names beside enviable records and have delivered some of the most skilled battling performances ever seen during sustained careers.

This list considers the performances of players from 1970 until present.

Michael Hussey is a true man of the game earning the nickname ‘Mr Cricket’ from his teammates. It is surprising for many to learn that Hussey was already 30 years old when he first made the Australian Test side. He waited patiently for his debut among many other great Australian Test talents and was given his chance in 2005 at Brisbane against the West Indies. Maybe waiting so long for his debut is the reason Hussey holds the record as the fastest Australian batsman to reach 1,000 runs at test level. It took him just 166 days! The left-handed batsman from Western Australia became a reliable run scorer in the middle of the order for the test team with a superb average of 51.52. Hussey’s classic technique with the bat helped him amass 6,235 runs for his country in 137 innings between 2005 and 2013.

Justin Langer earned a reputation as a tough and gritty batsmen during his career from 1993 to 2007. The left-hander from Perth formed one half of a formidable Australian test opening duo with Matthew Hayden. Throughout his career, Langer showcased his superb driving capabilities and his ability to dig in at the crease and bat through challenging conditions was virtually unmatched. Langer earned 7,696 runs from 187 innings at an average of 45.27. His ability to grind out an innings is highlighted by the three double centuries he scored during his Test career. Unsurprisingly, since his retirement Langer has become a sought after batting coach as professional sides hope to instil the same technique and battling qualities in their players. 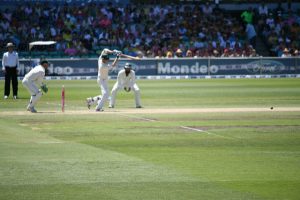 A young Sydney batsman nicknamed ‘Pup’ sporting peroxide highlights burst into the Australian test side in 2004. Despite first appearances and off-field controversies that took attention away from his skills in the middle, Michael Clarke would go on to break batting records throughout his career and captained Australia from 2011 until his retirement in 2015. His ability to gracefully pierce gaps in any field became a characteristic of his batting style. From his 198 innings Clarke amassed 8,643 runs and scored 28 centuries, the fifth largest haul for any Australian test batsman. He holds the record for the fourth highest individual score by an Australian batsman with 329 not out against India at the Sydney Cricket Ground in 2012. Clarke also scored four double centuries throughout his career, equal third highest for any Australian Test batsman.

Mark ‘Tubby’ Taylor was known for his rotund physique and cheerful demeanour when Australia’s captain, but those attributes belied a tenacious and disciplined cricketer. During an excellent Test career that spanned a decade from 1989, the left-handed opener scored 40 half centuries and 7,525 runs. In his debut Ashes series in 1989 he scored a total of 839 runs in 11 innings, a performance second only to the 1930 record held by Sir Donald Bradman. Taylor also holds the distinction of notching the second highest score by an Australian batsman after hitting 334 not out in Pakistan in 1998. He famously and graciously declared upon matching Bradman’s feat from almost 70 years prior.

The younger of the Waugh twins, Mark did not dwell in the shadow of his brother Steve but carved out his own successful career as a test batsman from 1991 to 2002. Interestingly, Mark had a bittersweet debut for the Australian Test side in 1991, as he was called on to replace his brother who had been dropped due to poor form. The younger Waugh twin was a graceful batsman who made classic shots seem effortless. Although many will compare the Waugh twins, their careers and batting styles, one thing they definitely had in common was their success as Test batsmen for their country. During his career Mark Waugh hit 8,029 runs as a middle-order batsman from 209 innings. This still stands as the sixth highest run total for any Australian test batsman. Mark scored the fourth highest amount of half centuries by any Australian test cricketer with 47. A supremely elegant player, Waugh was not an accumulator (his highest test score stands at 153*), but he produced some of the most memorable and important innings in Australian test cricket history.

The hulking figure of Matthew Hayden walking out to open the batting would have intimidated any cricket side warming up to field. The big Queenslander formed the other half of a dominant opening partnership with Justin Langer during a golden era for Australian test cricket. Langer contributed by deftly cutting and driving, while Hayden brought brute strength to the middle, dismaying the best bowling attacks in the world. He used his big frame to great effect to intimidate bowlers and, despite his size, had excellent footwork at the crease. It was not uncommon to see Hayden stalk down the pitch to an incoming bowler before lofting the delivery back over the bowler’s head and to the boundary. Hayden holds the record for the highest Test individual score by an Australian batsman of 380 not out at the WACA against Zimbabwe in 2003. He also has 30 test centuries to his name, the third highest of any Australian batsman.

Greg Chappell comes from one of the most famous Australian cricketing families. Arguably the best batsman of his generation, Chappell was one of three brothers who all played test cricket for Australia and the second, after his older brother Ian, to captain the side. A dazzling and classy player, Chappell scored four double centuries during his distinguished test career. He retired with 7,110 runs to his name from 151 innings and the fourth highest average of any Australian batsman at 53.86.

In a Test career that lasted almost two decades from 1985 to 2004, Steve Waugh delivered many gritty performances for his country and built a reputation as one of the game’s premier middle-order batsmen. Bursting onto the scene at 20 years of age, Waugh was a crafty medium pace bowler as well as a great batsman, but after sustaining back injuries, turned his focus solely to batting. After inheriting the captaincy of the Australian test side from Mark Taylor, Waugh was at the helm of the most talented Australian side of the modern age. He led the team with distinction and by example, becoming one of just three Australian batsman to score more than 10,000 test runs. Waugh hit 32 centuries and 50 half centuries, the second and third greatest hauls, respectively, for any Australian test batter.

The impact of Allan Border’s career as a cricketer is highlighted each year when the Allan Border Medal is awarded to the best male cricketer of the season. Border became captain of Australia in 1984 and began to rebuild the team during an era dominated by the West Indies. ‘Captain Grumpy’ was not a graceful batsman, but his attacking style was extremely effective, carving out a place for himself in the Australian record books. From 1978 to 1994, the tenacious Border hit 11,174 runs for his country, the second highest total of any Australian test batsman. He still holds the record for the most half centuries by an Australian batsman with 63 from his 265 innings. 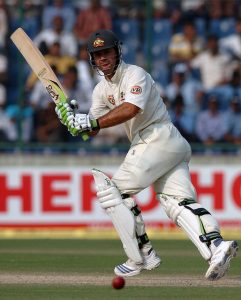 Arguably the greatest Australian batsman of the professional era, Ricky ‘Punter’ Ponting showed his class at the crease from an early age on cricket pitches in his native Tasmania. He became a member of Australian team in 1995 at just 21 years of age, after beginning to play in the Tasmanian state side before he had turned 18! For years, Ponting was first drop in a formidable Australian test batting line up and his sublime abilities saw him eventually ascend to the captaincy, taking over from Steve Waugh in 2004.

Ponting was an excellent driver of the ball and widely recognised for his mastery of the pull shot. He holds the record for most runs by an Australian test batsman, amassing 13,378 from 287 innings during his career. Ponting accumulated an unmatched 41 centuries and passed 50 on 62 occasions. His test batting average came to rest at 51.85, just behind Greg Chappell as the fifth highest of any Australian cricketer.