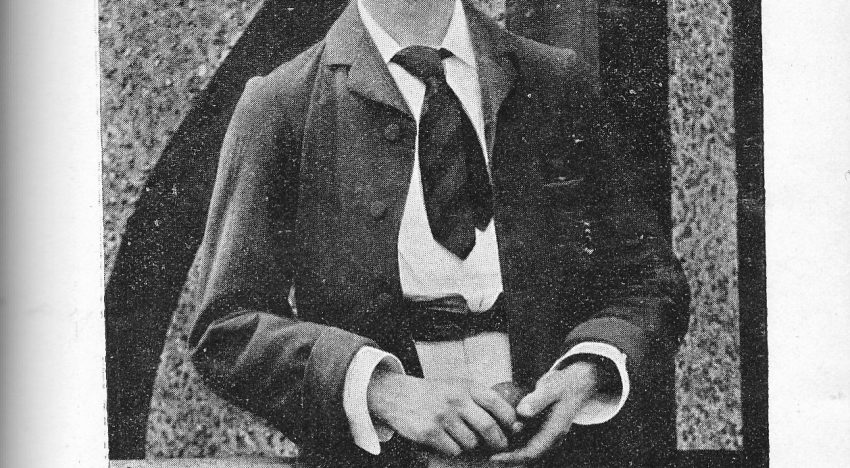 Hero-worship is common in sports and cricket is no different. Cricketers who perform at International level and earn laurels for their country turn into celebrities. But for every cricketer who makes it to the top level there are dozens of others who never get a chance to wear national colours. And those missing out always don’t lack talent but in many cases are unlucky, either being born in the wrong era or simply unable to impress the national selectors. They are cricket’s uncelebrated heroes who could have been in the record books if they had luck on their side. Here we take a look at the top 10 First Class cricketers from around the world who never got a chance to play at the top level.

If 36,049 runs at the First Class level which includes 56 hundreds and 194 scores above 50 doesn’t earn you a call up for the national team, nothing else can. Alan Jones represented Glamorgan for 26 years and is still considered one of the best batsmen to have played in English county without a call up for the national side. He was a text book batsman who believed in sticking to standard operating procedure and throughout his career piled up huge runs for his team. Despite all the records what perhaps worked against him was his mediocre batting average of 32.89 which doesn’t quite do justice to the talent that this man had.

Like many others this Indian spinner was one who was again born in a wrong era. Shivalkar a left arm orthodox spinner who would have perhaps walked into any other test side in the world given the quality of spinners most sides had during his playing days. But at his peak Bishan Singh Bedi was going strong at the International level. If this wasn’t enough India had the famed spin quartet of Bedi, Erapalli Prasanna, Srinivas Venkataraghavan and Bhagwat Chandrasekhar foxing the batsmen with their variety in all kinds of conditions. In a career that spanned nearly 15 years he was the best spinner at India’s First Class level calming 589 wickets at 19.69 each.

Amol Muzumdar went to the same school as Sachin Tendulkar and Vinod Kambli, was coached by the same Ramakant Achrekar but never got to wear the Indian colours. There is an anecdote that best summarises his career. When Sachin and Kambli were involved in the record breaking 664-run partnership at the inter-school Harris Shield Tournament game, Amol was padded up to bat next. His chance to bat never came much like his chance to represent India. He scored 11,167 runs at the First Class level which is second highest in India at an average of 48.13 scoring 30 hundreds but it was never enough to make it to the India side that had Fab Four – Sachin, Ganguly, Dravid and Laxman at their peak.

When you are tagged as the ‘fastest bowler’ in the world the least you can expect is to represent your country at the top level. But destiny has something else written for this Essex cricketer as the English cap eluded him even though he terrorized the best in business who faced him at the First Class level. Charles Jesse Kortright played at the First Class level from 1889 to 1907 and claimed 489 scalps but never managed to play for England. He played during an era where talent wasn’t the only thing one needed to represent England. Legend has it that he once bowled a ball that crossed the boundary over the keeper’s head without bouncing again making it a six run bye! Well we can’t verify the truth in this claim but he definitely was a legend whose name doesn’t figure in International records.

It’s no surprise that many South African born cricketers make to our list and the world missed out on one of the finest wicketkeepers due to South Africa’s isolation from the world stage. Ray Jennings impressed those who saw him in action with his glove work. He was known for his acrobatic display behind the stumps and a treat to watch on those live pitches where fast bowlers would trouble batsmen with their pace and bounce. In his 20 years at the First Class level Jennings took 567 catches and was also involved in 54 stumping which makes him one of the most successful wicket keepers at the First Class level whose name isn’t recorded on international scorebooks.

A lot of South African greats had limited success at the international level or never got to play at the top level due to the International ban during the era of Apartheid and Vince van der Bijl belongs to this club. He nearly played Test cricket as he was chosen as a part of the squad for the 1971-72 tour of Australia which was subsequently cancelled marking the beginning of South Africa’s isolation from International cricket. He held numerous domestic records playing for Natal and later moved to Middlesex playing under the legendary Mike Brearley. His 767 wickets at an unbelievable average of 16.64 is the best testimony to his potential as a fast bowler.

When you take 897 wickets at 19.76 apiece you definitely expect to find yourself in national colours. But life wasn’t kind enough to Yorkshire man who wasn’t destined to wear the Three Lion Badge on his shirt. He was a part of the great Yorkshire team when they went on to win five back to back country championships between 1962 and 1968. It wasn’t tough for a medium fast bowler to break into the English team when the likes of Fred Truman and Brian Statham were at their peak. Nicholson worked hard and was breaking records at the First Class level which earned him a Test call-up during England tour of South Africa in 1964–65 but as luck would have it an injury prevented him from wearing the English cap.

We have come across numerous stories of cricketers who have missed out playing at the top level by the virtue of being born in the wrong era. Franklyn Stephenson is often regarded as the greatest West Indian fast bowler to have never played for the team. In a First Class career that spanned nearly 15 years Stephenson picked up 792 wickets often terrorising the opponents. He was no mug with the bat and had 8,622 runs to his credit that included 12 hundreds. But when you are born in an era where West Indies had the likes of Michael Holding, Malcolm Marshall, Joel Garner and Andy Roberts you can’t do much than warm the back benches.

If your career coincides with that of Bill Lawry and Bob Simpson there is little that you can do as an opener. But Sam Trimble would consider himself to be very unlucky to have never played for the Australian side. An elegant and stylish right-hand opening batsman he was a legend at Queensland and nearly made it to the top league only to be left out as the 12th man versus West Indies in 1964-65. In a career that spanned more than a decade Trimble piled up 10,282 with 26 hundreds at an average of 41.79 which is among the highest for an Australian cricketer who didn’t go on to represent the country.

If there was ever a ‘Cricket’s Unluckiest Players List’ the name Don Shepherd would top it. In a First Class career that lasted 22 long years Don picked up 2,218 wickets at an impressive average of 21.32 playing for Glamorgan but never managed to earn a spot in the English Test side. It also makes him the highest wicket taker at First Class cricket who never graduated to the top level. While he started as a fast medium bowler who would bowl seam up he soon started bowling off-cutters with great effect. Most of his fans still consider it a travesty that with such kind of performance he never even came close to being considered for the national team.