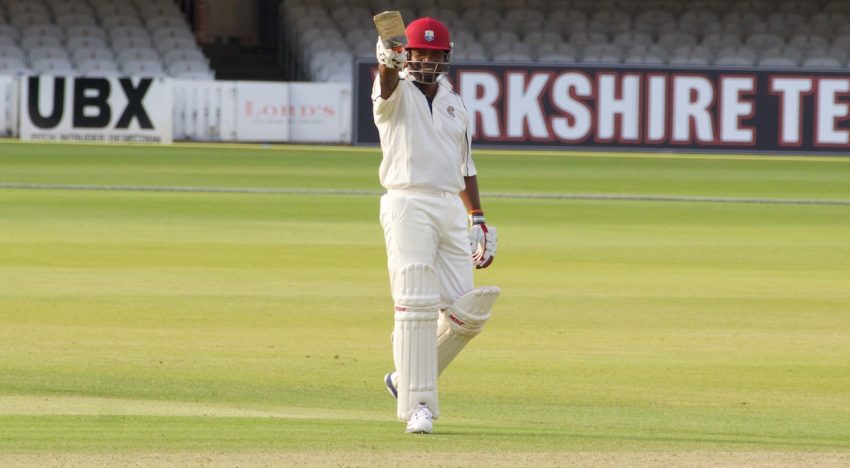 There is arguably no other sport in the world where statistics are as integral a part of the game as cricket. But even when there are dozens of stats for cricket fans to engage in discussion, one surely occupies a higher pedestal than others – highest individual score. With due respect to bowlers, cricket is often seen as a batsmen’s game by the fans and having one’s name on the honours board for the highest individual score is a cherished dream for every cricketer. A Test Match not only ‘tests’ the talent and batting abilities of a batsman, but also tests his temperament. Those who have dug deep into the crease and played these marathon innings have been immortalised by their fans. Here we turn back the pages of history and take a look at the top 10 individual scores in the history of the game.

The venue was the same, the date could be seen as a 5-day error margin on the calendar, the opposition was the same, but a lot had changed for Brian Lara in the last decade. He was no longer the rookie genius he had been 10 years back, but one of the highest rated batsmen in the world. He was also part of a side in decline, that had forgotten how to win, and he had recently lost his highest individual score to an Aussie. Lara was captaining a team that had lost the first three tests in a rather humiliating way, relinquishing the Wisden Trophy for the first time at home in 4 decades. There was nothing to play for other than pride and Lara produced one of the most remarkable individual knocks of all time, finishing with 400* and becoming the only player in the history of the game to make a quadruple century, a record that holds till date.

The opposition wasn’t intimidating and Hayden, who was a late bloomer, was going through one of those dream runs that batsmen occasionally have in their lives. While it may not have been one of those innings about which romantic tales are written, it was a perfect testimony to the giant batsman and his determination to score big every time he went out to bat. Hayden occupied the crease for a little over 10 hours to go past Brian Lara’s record that had stood tall for 9 years, with 38 hits to the boundary and 11 big shots crossing the rope. He narrowly missed going past the 400 run mark but set the foundation for an innings victory. It still remains the highest individual score by an Aussie.

In the 15 Test Matches that Lara had played prior to this one he already had shown signs of being ahead of the average crowd. But the 5th Test Match of England’s 1994 tour saw the birth of a legend who is perhaps only the second man after the great Don to have been born with an appetite to score big. With the series already won, a young Lara was all set to express himself and he did it brilliantly for 13 hours where he sent the ball past the fence 45 times. At the end of it he eclispsed Sir Garfield to become the highest individual scorer in the game and the image of Sobers congratulating Lara for his efforts is surely one of the best scenes captured on the cricket field.

Mahela Jayawardene and Kumara Sangakkara had for more than a decade been the backbone of Sri Lanka and this innings of 374 by Jayawardene against the South Africans is as much remembered for Jayawardene’s individual brilliance as it is for the partnership that the duo stitched together. Together, they batted for 154 overs and built a record partnership of 624. Jayawardene occupied the crease for more than 12 hours and hit 43 boundaries. When he eventually fell on 374 he had become the highest scorer for Sri Lanka going past Jayasuriya’s 340 runs.

Sobers was 21 years old and had played 16 Test matches, but was yet to have a three figure score against his name. While he had shown glimpses of becoming a great batsman, the numbers didn’t add up in his favour. But all that changed in the 3rd Test of the 1958 home series against Pakistan. Coming into bat at the fall of first wicket, Sobers dominated the crease for the next 674 minutes and reached 365 runs, remaining unbeaten when the innings was declared by his captain. In doing so he became the highest scorer in the game going past the legendary Sir Len Hutton. The match ended in an innings victory for the home side and Sobers scored 25 more hundreds in his career.

Sir Len Hutton is considered one of the most technically sound batsman to have ever played the game. He was often referred to as the ‘head and spine’ of English batting during his playing career. The Test Series was drawn at 1-1 and in the fifth test, batting first, Hutton’s near 14 hour innings helped his team strangle the Aussies out of the game. England’s mammoth 903 run score remained a record for the next six decades! What was perhaps most interesting were the intimidating tricks used by Aussie skipper Don Bradman to unnerve Hutton, who didn’t blink and went on to establish a record that stood for 20 years. Interestingly, Bradman was the second highest scorer in the history of the game going into the test match having been surpassed by Wally Hammond six years ago.

When Sanath Jayasuriya started his career as a spinner who could also bat, there were few who could predict his meteoric rise as a batsman. The 1st Test Match played at Colombo ended in a tame draw not before the home side rewrote history. Jayasuriya batted a little less than 14 hours to score 340, tiring the Indian bowlers for three days, and helped his team put up a score of 952 for 6 declared which remains the highest team score in the history of the game. He also compiled a 576 run partnership for the second wicket with Roshan Mahanama, which was the highest for any wicket back then and still remains the highest 2nd wicket stand.

Many of the high individual scores on our list have led to tame draws. Many of them have come on the most placid wickets. But this knock of 337 from Hanif Mohammad, who was dubbed the Little Master, was special. When he went out to bat on Day 3 his team was asked to follow-on and had a deficit of 473 runs. For the next 970 minutes, the little man from Pakistan took giant strides, stroking his way to one of the most incredible innings in the history of the game and saving the match for his country. Back then it was the second highest individual score and even now it remains the only instance of a batsman scoring a triple hundred in the 2nd innings of a game.

Wally Hammond was surely one of the greatest cricketers of his time. Had his career not coincided with that of Sir Don Bradman he would have been the greatest batsman of his generation. While the test series was expected to be a one-sided contest between the giants and the minnows, it ended in a draw. But Hammond rewrote history by becoming test cricket’s highest individual scorer, amassing 336* in only 318 minutes. It was to be Hammond’s tour, as he had also started on the right note, making 227 in the first Test Match at Christchurch. The series aggregate of 563 runs remained the highest in a two-test series for the next 65 years until it was conquered by Sri Lanka’s Sanath Jayasuriya.

This knock by the former Aussie skipper is as much remembered for the 12 hour marathon innings that he played, in the hot and testing conditions in Peshawar, as it is for his humble gesture. Taylor who was 334 not out at the end of second day’s play declared the innings against the wishes of his teammates, thus sacrificing the chance to go past Sir Don Bradman as Australia’s highest individual scorer. He also let go the chance to go after Brian Lara’s 375*, which was the highest individual score back then. The Test Match ended in a draw, but not before Taylor scored 92 in the second innings to finish with an astonishing match aggregate of 426, second only to Graham Gooch in the history of the game.